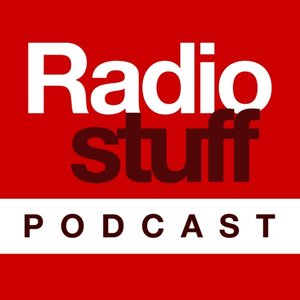 Radio Stuff is a podcast about radio for radio hosted by radio programming, consultant and talent coach Larry Gifford. It is sponsored by PromoSuite Next www.promosuite.com/radiostuff096769

Radio Futurologist James Cridland helps us digest the news that BBC Radio 2 breakfast host Chris Evans is the new TV host of Top Gear. Cridland believes, based on passed behavior, this may be the beginning of the end for Evans' radio show.

Larry Gifford goes down the PPM rabbit hole with Harker Research Sr. Director Richard Harker. They talk about the issues with PPM that have been largely ignored and why the Voltair device works to improve station ratings. 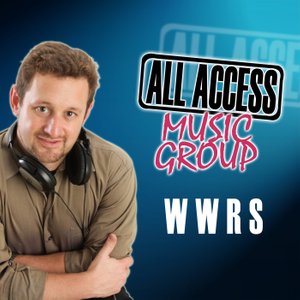 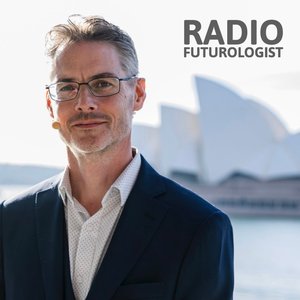 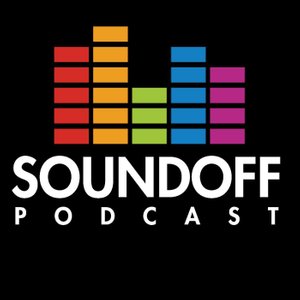 The Sound Off Podcast 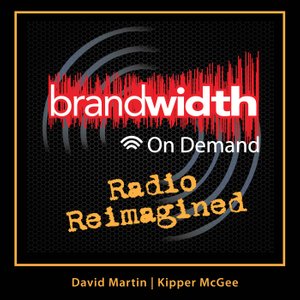 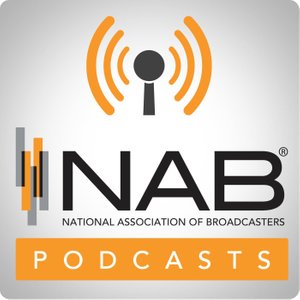 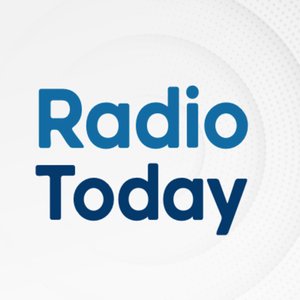 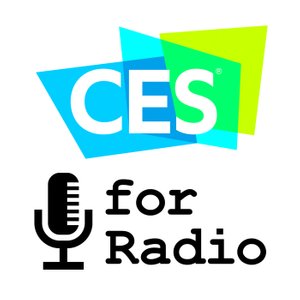 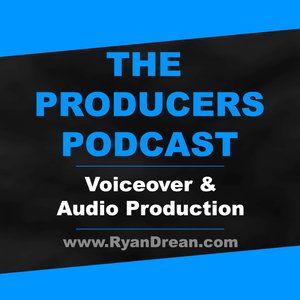 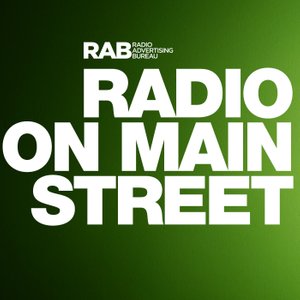 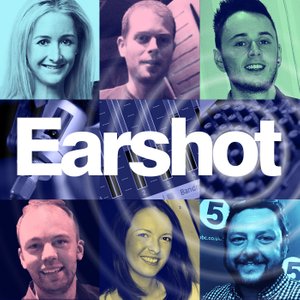 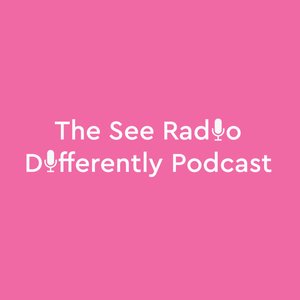 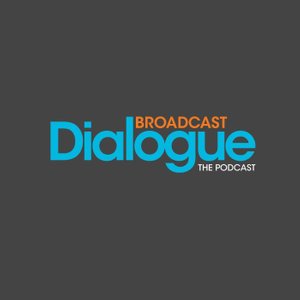 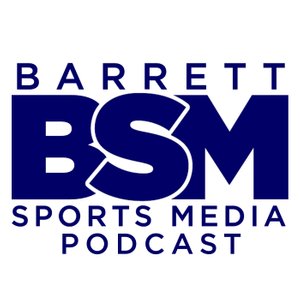 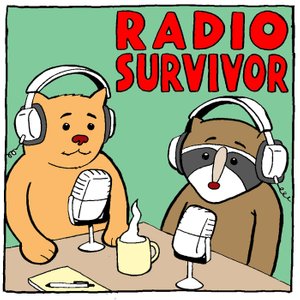 Sponsored by PromoSuite Next www.promosuite.com/radiostuff August 29, 2017More than 15 takeaways from the Podcast Movement conference, how it applies to radio, and what we need to worry about. Corus Radio Digital Director Chris "Dunner" Duncombe was there and shares his experience. Sound Off Podcast host Matt Cundill shares his three takeaways. Bean of KROQ's Kevin &amp; Bean started a new podcast "Thanks for the Podcast Bean" and shared an interview he did with Tim Vogel, the PD of WBRH in New Orleans. Vancouver legendary DJ Red Robinson finished his final on-air shift at the age of 80. He shares a story about what it was like to introduce Elvis and the Beatles.

Presented by PromoSuite Next www.promosuite.com/radiostuff July 21, 2017Radio and Beer. Recently, Steve Martin of Earshot Creative http://earshotcreative.com/ blogged about 14 times Radio made Beer http://earshotcreative.com/2017/07/eleven-times-radio-stations-have-made-a-beer/ and it inspired this podcast. Steve joins the show as we discuss radio and beer. We listen to radio production designed for the beers. KISW – The Men’s Room. WONE. CFOX – Jeff O’Neill Show. Red Radio. Radio X. Carnival FM, Hastings. X96 Radio from Hell. Dan Patrick Show. I explore the origins of Radio and Beer and find an example from the 1950’s: Old Frothingslosh was a parody beer created by Rege Cordic on KDKA in Pittsburgh that inspired the real thing.World Famous CFOX Program Director Dustin Collins in Vancouver chats to Radio Stuff about how you take the idea of wanting to brew a beer to making it happen and what it really takes to be successful.

April 9, 2016 - A deep dive into the death of KGO in San Francisco. What happened? Who killed America's great news-talk station? Former KGO'er Claudia Lamb joins the show. She penned the viral column "KGO and the Death of Radio." Plus, AllAccess.com's Perry Michael Simon and RadioInsight.com's Lance Venta offer perspective from an industry observer's point-of-view. (00:00 - 41:40) American Crime Story "The People vs. OJ Simpson" snubbed the importance of radio in it's mini-series. Former KFI'er Casey Barholomew joins the show to talk about radio's importance in the Trial of the Century. (41:40-53:06)

November 18, 2016 - Larry Gifford is "on the air" when Trump gets elected President, radio hosts enter bizzaro world as Glenn Beck mellows out and one long time political radio reporter in DC is silenced (but still alive!) An interview with engineer Rob Brown about the ReportIT app. Cubs win the world series, an earthquake rocks New Zealand and music radio jocks find a way to stop the music for a moment.

Episode 148 - Turning Down The Sound

Brought to you by PromoSuite Next www.promosuite.com/radiostuff September 30, 2017The Sound (100.3FM) in Los Angeles found out it will be a casualty in the Entercom and CBS merger. The station has been spun off and will become KLOVE come November.The station cared about music, cared about listeners, loved to have fun, had swagger even when it hadn’t earned it yet and was successful. It competed against the Legendary KLOS and won. And one of the forces behind The Sound is PD Dave Beasing. Dave joins the show to talk about The Sound's fade to black. DaveBeasing@gmail.comDave.Beasing@entercom.com

Sponsored by PromoSuite NextApril 7, 2017 - Is sports broadcasting dying? Probably not. Definitely not. But it is going through tremendous change and growth. Legendary San Francisco sports radio station KNBR has made a decision to eliminate sports updates. As a former local and network sports update guy, I gotta admit it makes sad, mad and frustrated. Here to tell me it shouldn't make me mad sad or frustrated is Jason Barrett, president of Barrett Sports Media.

This is our full conversation. RadioInsight.com publisher Lance Venta chats about the death of KGO, how and why it happened, lessons to learn from it and what's next for KGO and AM Radio.

Rob Greenlee is the currently Head of Podcast Content at Spreaker and Adore Podcast Network. He co-hosts The New Media Show audio &amp; video podcast that airs LIVE every Saturday morning at 9am PST/Noon EST and Spreaker Live Show on Spreaker every Wednesday at 3pm PST Live. How do you create a career in podcasting? What is “success” for a podcast? How much scale is needed to monetize a show? How much money can a podcaster make? What is the current state of the relationship between radio and podcasting? Is “podcasting” the right term?

brought to you by PromoSuite Next www.promosuite.com/radiostuffAugust 4, 2017Consultant, V/O talent, host of the Sound Off Podcast and champion of radio, Matt Cundill joins the show this week. Matt shares his radio origin story, why he loves radio, what he learned at Conclave, and helps to launch a new segment called "Chew on This!"

Episode 136 presented by PromoSuite www.promosuite.com/radiostuff A Spanish station in Tampa is #1 in PPM – with it’s stream! What’s going on? Was it an Amazon Echo? Fred Jacobs from Jacobs Media provides some insight and perspective. MSNBC’s Rachel Maddow reminds us about the value of a well placed tease and the importance of paying it off. Radio alchemist Ronnie Stanton answers an article titled “Jay Z is Right: Radio is the worst place to listen to music.” Radio Stuff Update: We hear from Bubba the Love Sponge.

This is our full conversation.AllAccess.com's Perry Michaal Simon helps explain what happened to KGO in San Francisco, why it happened, what it means for spoken word radio and AM radio and what could have been done to save it.

October 21, 2016 - Larry is back after a podcasting hiatus. This show dives in the world of podcasting with Davy Sims author of "Podcasting for..." www.podcastingfor.com, Rock 101's new TV spot has captured the imagination of the advertising community, and talk host Simi Sara shares why it is important to read a book before you interview the author.

This is our full conversation. Claudia Lamb wrote a column titled "KGO and the Death of Radio" that quickly went viral in the wake of Cumulus gutting the KGO news department. She's joins the show to talk about her experiences at KGO and thoughts on radio.

Keith Hill is a country radio consultant at the center of a controversy over how country radio stations distribute music from male and female artists. The story dubbed "SaladGate" originated with advice Hill gave to young radio PDs in Country Airchecker Weekly comparing their station to a salad: Male artists are the lettuce, female artists are the tomatoes. There's been quite the backlash. This is Keith Hill unedited, unfiltered, unapologetic explaining his comments, defending himself and trying to make sense of the outrage.

presented by PromoSuite Next www.promosuite.com/radiostuff October 20, 2017 - 10 Leadership traits I've learned in my radio career1. Respect &amp; trust is earned2. Treat people like people3. Take calculated risks4. Networking matters5. Take initiative6. Set specific and measurable goals with clear strategies and tactics7. There is more than one way to reach a goal8. Feedback should be specific and actionable9. Have a succession plan10. Details matterPlus -The emotional assault on media is seemingly relentless. Through it all we want to be brave. We want to be neutral. We want to be objective. But we’re human. Global TV reporter Mike Armstrong was on Charles Adler Tonight in Canada talking about the emotional toll covering the stories has on a reporter

May 28, 2016 00:00 - 23:00 Inside the world of Podcasting with Rob Greenlee, Director of Podcast Content for Spreaker. How do you create a career in podcasting? What is “success” for a podcast? How much scale is needed to monetize a show? How much money can a podcaster make? What is the current state of the relationship between radio and podcasting? Is “podcasting” the right term? 23:00 – 26:00 A radio station that is all traffic, all the time – and why “bring your dog to work” policies aren’t good for radio stations.

February 24, 2017 Radio Stuff is sponsored by PromoSuite Next - to learn more, go to http://promosuite.com/radiostuff/. What is radio’s role in this time of Trump? “Fake” News is the enemy of the American people. Corus Radio Network and former U.S. conservative talker Charles Adler joins the show to discuss how it feels to be branded an enemy of the American people. CKNW news veterans Terry Schintz and Gord MacDonald make a special appearance narrating “A brief and incomplete history of pissed off Presidents and the pain-in-the-ass press.” WBAL-AM PD Scott Masteller discusses the Trump effect on show prep, imaging, ratings and audience composition. Plus, Radio Stuff updates!