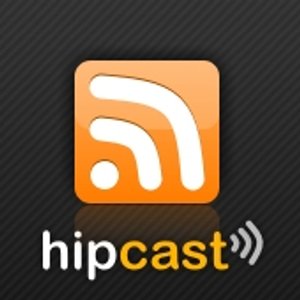 A podcast by students of Stanford University's Business and Design Schools 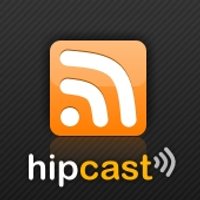 Scott Cook is the Founder of Intuit, Inc. and a widely-respected tech veteran for over 25 years.MP3 FileScott Cook began his career at Procter &amp; Gamble as a product manager and later a consultant at Bain &amp; Company. In 1983, he founded Intuit after hearing his wife complain about paying the household bills. Scott leveraged the power of emerging PC technology to help ease the burdens of personal finance and has since created a company worth over $9 billion.While most software companies have difficulty getting just one product right, Intuit has managed to produce a string of successes through great product-market fit. Intuit is now a market dominator in several product categories. Intuit’s Quicken personal finance software holds 70% market share, while QuickBooks, the accounting software for small businesses has an 87% share. Meanwhile, TurboTax, the company’s tax preparation software holds over 80% share and recently set new sales records.Scott has been a director of Intuit since its founding and is currently Chairman of the Executive Committee of the Board. He also serves on the boards of directors of eBay and Procter &amp; Gamble.Enjoy the podcast!-Nir

Matt Sanchez is CEO of one of Silicon Valley’s hottest new media start-ups, VideoEgg.MP3 FileIn 2005, Matt Sanchez and his Yale buddies, David Lerman and Kevin Slack, founded VideoEgg. The company’s original goal was to create a new way to upload video to the web. However, the trio soon went in a new direction when the founders saw the potential to leverage their technology in the advertising world.Today, VideoEgg gives brands a new way to reach audiences hooked on viewing online video. The company was the first to develop video overlay ads and has seen interest in the medium skyrocket as more users view content on YouTube and other video sharing sites. VideoEgg has also expanded its product offerings by serving video ads on social networks like Facebook.VideoEgg’s clients include more than 200 brands including Ford, NBC, Coca-Cola, and McDonald’s. Collectively, these advertisers pay VideoEgg to broadcast over 500 million video messages per month. Sanchez has led the company through $35 million of VC fundraising and in this podcast discusses the venture process as well as the company’s future goals.Enjoy the podcast!- Nir 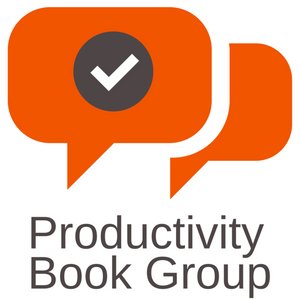 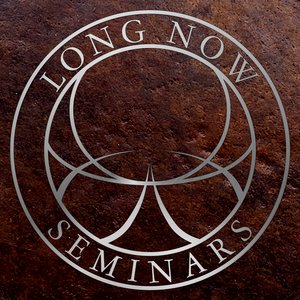 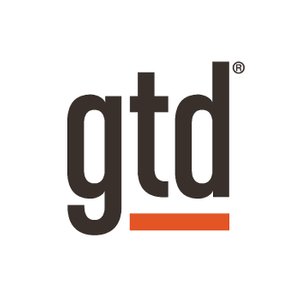 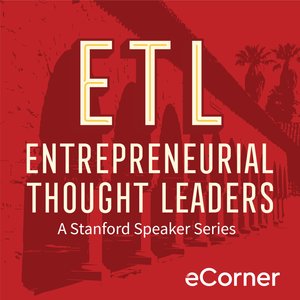 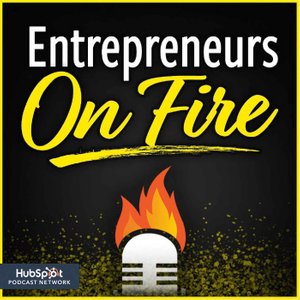 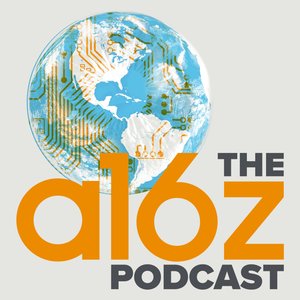 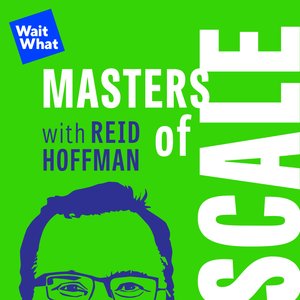 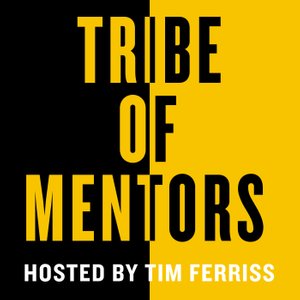 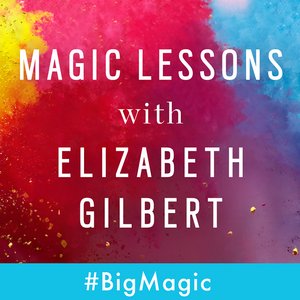 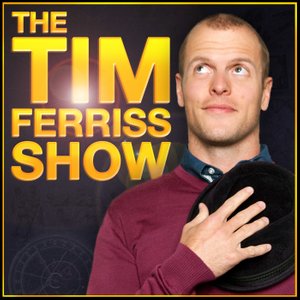 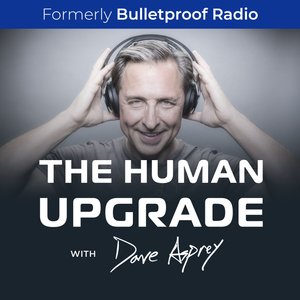 John L. Hennessy is the 10th President of Stanford University and a pioneer of computer architecture.MP3 File | Subscribe via iTunes | Add to del.icio.usJohn Hennessy started at Stanford as an associate professor in Electrical Engineering in 1977 and assumed Presidency in 2000. A technologist at the core, President Hennessy pioneered a computer assembly language called MIPS in 1981 and started a company, MIPS Computer Systems, in 1984. As Stanford’s 10th president, he oversees the University from various perspectives and sits at the intersection of academics, technology, and the corporate world.In this interview, he talks about his role as the President, the early years of running a startup, current issues Stanford University faces, and the future of information technology. He also gives advice to prospective students and budding entrepreneurs. He is currently on the boards at Google, Cisco Systems, and Atheros Communications, and has written two foundational books on computer architecture and assembly language.- Min Liu

Barry McCarthy joined Netflix as CFO when few were believed the company could rival the industry leader, Blockbuster. Today, Netflix is the biggest player in the video rental market and just finished its first billion-dollar sales year.MP3 File | Subscribe via iTunes | Add to del.icio.usOur guest in this podcast is Barry McCarthy, Chief Financial Officer of Netflix. For the past eight years, Barry has been responsible for all of Netflix’s legal and financial affairs. During his tenure at Netflix, Barry has helped the company grow from a few million dollars in sales to Netflix’s first billion dollar year in 2007. He played an integral role in the company’s initial public offering in 2002 and has helped the company become the most highly valued player in the video rental market.Barry discusses with Nir the future of content delivery over the Internet and what technologies he sees as opportunities and threats. He also discusses how Netflix stayed nimble and aggressive in the face of powerful competitors. Barry also frankly talks about how he decided to bet on the Netflix business model even when few thought it would work.Enjoy the podcast and let us know what you think!-Nir

Greg McAdoo focuses on consumer internet, cleantech and systems investments as a partner at Sequoia Capital.MP3 File Subscribe via iTunes Add to del.icio.usIn this interview, Greg speaks with Nir about what it takes to get noticed by a top-tier venture capital firm. Greg himself worked extensively with VCs before actually becoming one after 17 years of engineering and executive level management experience. Prior to joining Sequoia Capital in 2000, Greg served as President and CEO of Sentient Networks which was acquired by Cisco Systems in 1999.Greg shares how entrepreneurs can increase their chances of closing a funding round with the right VC firm. He also discusses his involvement in Sequoia’s cleantech practice and shares his top picks for the next growth sectors.Greg has led several high-profile investments while at Sequoia including Allegro, which was acquired by Cisco Systems, Isilon Systems, which had its IPO in December, Loopt, PowerFile and RockYou.Thanks for listening!- Nir

Thomas Keller is widely regarded as one of America's finest chefs, and his restaurants French Laundry and Per Se have been named the best restaurants in America.MP3 File | Subscribe via iTunes | Add to del.icio.usInterviewing Thomas Keller at the French Laundry in Yountville was a rare treat for two food fanatics like ourselves, and the great surprise that Chef de Cuisine Corey Lee whipped up for us in the kitchen post-interview was the icing on the cake.Food allusions aside, we hope you enjoy this superb interview with Thomas. In our conversation we talked about his entrepreneurial success, how he picks new members for his team, expanding his personal brand, and, of course, food. Check out this video of Thomas talking about the secret of success behind French Laundry as well as how to select a great team:And as a special bonus here's a video of Chef de Cuisine Corey Lee in the kitchen talking about his involvement with French Laundry. Click to hear what Corey's answer to "if you were any food, what would you be?"- Owen and Julio

Marissa Mayer is a key figure at Google and has much influence in the design, development, and usability of Google products we use every day, such as search and Gmail.MP3 File | Subscribe via iTunes | Add to del.icio.usWhen we asked what she thinks about each morning, Marissa said, "I think about the people here [at Google] and how great they are... The people here inspire me to such a level."Marissa plays a pivotal role in the development and launch of key Google products and serves as a key advisor to many of Google's new talents. As the 20th hire (and the first female hire), she has and continues to set deep footprints in products such as Gmail and Google Desktop. Her demonstrated passion for consumer products and her engagement with the people she works with have made her one of the most influential figures in Silicon Valley. She has been written about in multiple publications, including Newsweek, Fortune, and Fast Company.In this interview, Marissa talks about Google's vision for search, ads, and apps, and personal experiences and lessons. Also find out how she identifies a great product during her "office hours", which Google application spawned AdSense (a core multi-billion dollar business), and which San Francisco bakery she co-owns.Many thanks to the Googlers who contributed to this interview.- Min Liu and Julio

MP3 File | Subscribe via iTunes | Add to del.icio.usChris Capossela is the Senior Vice President of the Microsoft Information Worker Product Management Group. Chris is responsible for the worldwide product and business management of the Microsoft Office System of products, which includes desktop applications such as Word, Excel, and PowerPoint, server products such as Exchange, and hosted services such as Office Live.Chris has been with Microsoft for over 15 years in various of business positions, including two years as a speech writer for Bill Gates.In this interview, Chris tells us about his experiences and lessons from Microsoft. Notably, he shares his insight on how Microsoft continues to be innovative, the success and future of Office products, and anecdotes from his work with Bill Gates.Chris graduated from Harvard University with a bachelor’s degree in computer science and economics.Enjoy the interview!- Min Liu

MP3 File | Subscribe via iTunes | Add to del.icio.usMax Ventilla and Rob Spiro are two of four founders of Aardvark, a new social search tool that gets real-time answers from social networks. Max and Rob, along with Nathan Stoll and Damon Horowitz , are carving out the social space with a product that’s a conversation facilitator.In this interview, Max and Rob give an overview of social search, explain their approach in building an innovative product in a burgeoning space, and give insight into Aardvark’s user-centric and research-oriented approach to product and company development. They also packed the interview with some great advice for entrepreneurs and new graduates.Max, Zoo Director, drives strategy and business development. Prior to Aardvark, Max focused on strategy for Adsense at Google and earlier was VP of Business Development for an enterprise data mining tool. Max holds a BS in Math and Physics and a MBA from Yale.Rob, Assistant Curator to Birds, leads all quantitative and qualitative user research initiatives. Previously, Rob co-founded Mifly, a mobile software startup, and Reelblogs, a new media company. Rob holds a BA in History from Yale.- Min Liu

MP3 File | Subscribe via iTunes | Add to del.icio.usAlex Wong is the Director of Products at 23andMe, the popular leader in the personal genome space. As the company’s third employee, he has led product development and design for more than two years, taking the idea of a "personal genome service" from concept to reality.In this interview, Alex explains how 23andMe is making changes in personalized healthcare and genetic research by putting consumers in the driver’s seat and spearheading consumer-driven research. He also explains how the Personal Genome Test, the "spit kit", works, and gives guidance on how to pursue and create an innovative product.Alex brings nine years of technical and entrepreneurial experience from Network Appliance and his own direct-to-consumer digital media software startup. Alex graduated magna cum laude with a combined AB/SM in Computer Science from Harvard University, and has published research in operating systems design.For more information about 23andMe and genetics, check out the 23andMe blog, The Spittoon!- Min Liu

© 2020 OwlTail All rights reserved. OwlTail only owns the podcast episode rankings. Copyright of underlying podcast content is owned by the publisher, not OwlTail. Audio is streamed directly from iinnovate servers. Downloads goes directly to publisher.