YDN Designguide.tv talks to the creators of new exciting design, products and people that push the boundries of technology and ideas.

This is the third video in our special Nacho Carbonell series featuring his latest projects. Inspired by Italo Calvino ’s masterpiece ” The Invisible Cities ”, Nacho constructed a stylised village that hides within it a mechanism that is archaic and mysterious. At the opposite end of the 'village' there is a glass block composed of several layers of geological sections which represent the months of the year in turn facing the village. At regular intervals the village suddenly shoots against the glass block destroying it slowly, layer by layer, bullet for bullet, creating a cycle of continuous transformation showing the influence of human nature in our landscape. More information on nachocarbonell.com

The High Line is a public park built on a 1.45-mile-long elevated rail structure running from Gansevoort Street to West 34th Street on Manhattan's West Side. The High Line used to be a freight rail line, in operation from 1934 to 1980. It carried meat to the meatpacking district, agricultural goods to the factories and warehouses of the industrial West Side, and mail to the Post Office. The High Line design is a collaboration between James Corner Field Operations (Project Lead), Diller Scofidio + Renfro, and planting designer Piet Oudolf. 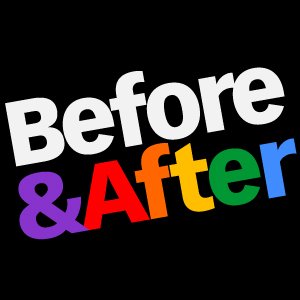 Before & After, How to design cool stuff! 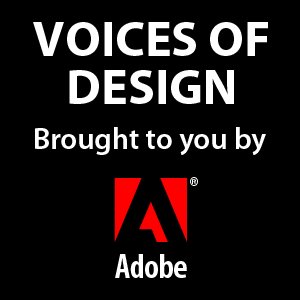 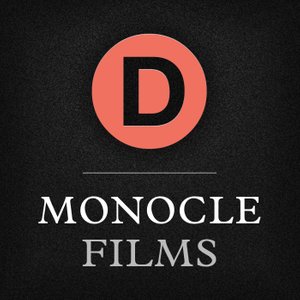 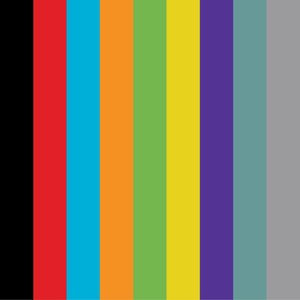 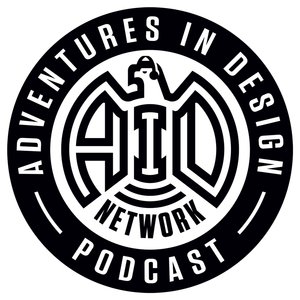 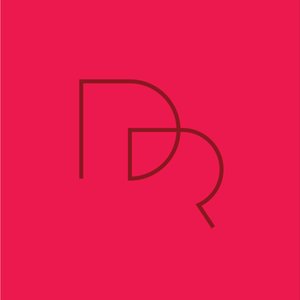 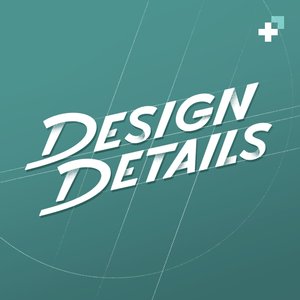 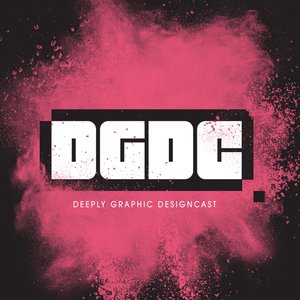 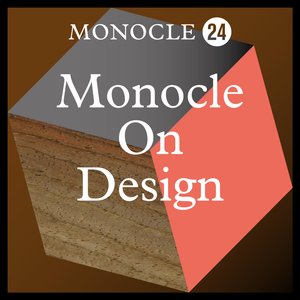 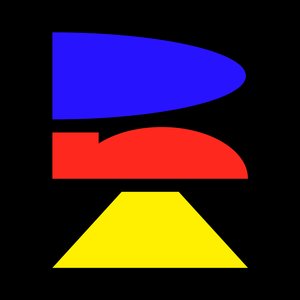 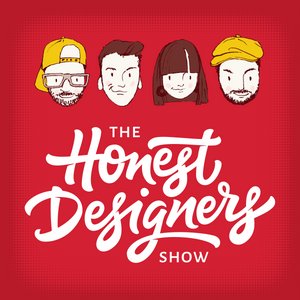 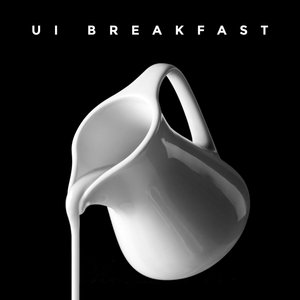 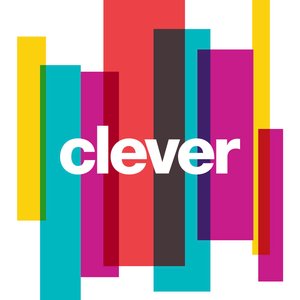 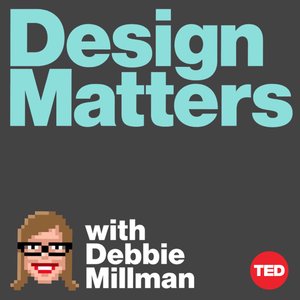 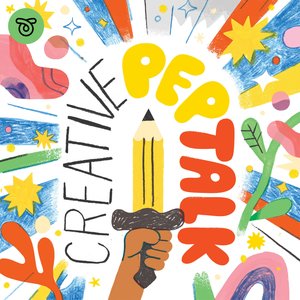 With her new SS2010 collection, Emily Hermans suggests that getting lost is not necessarily something bad or negative. She got her inspiration from Africa, Egypt especially. Two elements are particularly present in both the collection and the styling; the nomadic and the royal. The nomadic aspect was beautifully visualized at her Amsterdam Fashion Week catwalk show. Not only in the traditional sense, by women carrying al sorts of things on their head. But also by modern nomads with Mad Max-like ratbikes, who have all their posessions hanging from their vehicles. The royal aspect is expressed in the collection’s pronounced colour composition, which includes coral red, cobalt blue and olive green, as well as different shades of gold. Also, jewelry is used as a motive in a number of collection items, by means of colour, design, neck shape and the combination of matte and shiny yarns. S/S 2010 Collection by Emily Hermans: mly.nl Video by Robert Andriessen designguide.tv

For years, Waag Society has been the chief proponent of open design in the Netherlands. The organisation plays a pioneering role, identifying, studying and fostering possibilities by initiating projects such as the Open Design Lab and making possible places like Fablab Amsterdam and the Dialogue Café. Waag Society helps people to imagine new possibilities in design, manufacturing and the use of objects. Sharing information and data means sharing culture. Open design is the future!

Instead of having the usual new furniture line-up, Maarten Baas chose to explore the concept of time with his exhibition Real Time. The movies Maarten made for this project are as varied as having floor sweepers move the clock hands with their brooms to having a poor worker sit in an tiny office moving a pair of pencils to the exact minute. The end result is a 12 hour movie which is also a clock. Matylda interviews Maarten Baas for us and gives us his explanation on his current project. artist: www.maartenbaas.com video: www.designguide.tv interview: www.matandme.net music: www.visuaal.com

For Spazio Rossana Orlandi, Li Edelkoort brought over a part of the Designhuis' Talent show from Eindhoven. Matylda Krzkowski speaks with Li about the exhibition which shows 21 selected designers from 11 different countries, presenting an archaic view of design with an interest in radical primitive materials as earth, cow-dung, wood, cardboard, textiles, bone and hide. They try to escape from a world of over-consumption with unplugged proposals taken from the roots of humanity with humble yet forceful form. www.designhuis.com www.rossanaorlandi.com www.matandme.net www.designguide.tv music courtesy by www.visuaal.com

Formafantasma was recently commissioned by Plart, to create their own interpretation of the polymeric materials. As many of our daily objects come from oil/plastic they will remain relevant as we move forward to alternatives. Andrea and Simone take a closer look into the history of polymers which goes back centuries in the forms of resins and other methods of preserving. Botanica is the resulting project, the objects displayed in the collection are designed as if the oil- based era, in which we are living, never took place. The designers researched and hunted for information, digging into the 18th and 19th centuries, when scientists began experimenting draining plants and animals in search for plasticity. With botanica, studio formafantasma offers a new perspective on plasticity, reinterpreting centuries old technology lost in mass production of oil derivatives. more information on www.formafantasma.com

Achille is watching us

This renaissance inspired, pendulum drawing machine was on display at Mindcraft 11, the Danish crafts exhibit at ventura lambrate. The machine has a installation type appeal that will draw (in the right artistic hands) the most amazing rhythmic pen drawings. The machine starts off by manually setting the distance of one of the pendulums and then starting the second one. This technique of using weights and pendulums was invented in the renaissance and was applied in the so-called Harmonograph. More information on the artist can be found on: www.eskerex.com

We recently visited the LLove hotel in tokyo, a project created by Suzanne Oxenaar, artistic director of the Dutch hotel LLoyd in Amsterdam. The exhibition consisted of several guest rooms created by both Dutch and Japanese designers to celebrate the 400 years of trade and cultural relations Netherlands and Japan have. The hotel featured rooms designed by Jo Nagasaka, Richard Hutten and Pieke Bergmans amongst others, with each room having the designers signature feel added to it from the furniture to the walls. And the nice part that if you really love the room you could even book a night for it while there. for more information take a look on llove.jp/​en designguide.tv

A talk with Polka

YDN designguide talks to Polka, a Viennese design label started in 2004 by Monica Singer and Marie Rahm. Matylda Kryzkowski travels with us to the studio for an interview and talks about their latest projects and products. more info on the duo at: www.polkaproducts.com credits: interview by www.matandme.net video: designguide.tv

A quick chat with Yuri Suzuki, maker of visual sound devices. He recently exhibited several pieces together with UK designer Oscar Diaz at the Designtide exhibition in Tokyo. Yuri talks us through some of his recent projects as well as a brief history of his work process. please take a look on his website, www.yurisuzuki.com for an extensive overview of his sound devices designs and projects. One of which is the Barcode book which can be seen here on vimeo.com/14564076 video by ydn designguide.tv

Designguide.tv makes its way down to Tokyo for the design week, on our first stop we check out the Designtide exhibition hosted at the Tokyo Midtown building. As always the quality of the works of the domestic and international designers here is outstanding, showing both prototypes as well as products open to new distribution channels. We talk with Maarten Baptist of Joine about his lucky love chair and Nosigners new material, the magnetic pearl. This episode of designguide.tv features the works of: Daisuke Motogi, Generate design, Yota Katuda, Maarten Baptist, Naoki KawaMoto, Kwangho Lee, Emmanuelle Moureaux, Nosigner, Live for sweets, Oscar Diaz, I2A3, Jaime Hayon, Tani Matsumura, Kamide Choemon-Gama more info on designtide.jp"

Designguide.tv visits the Vienna Design Week 2010. In this first episode we take an overview tour of some of our favorite exhibits of the festival. A large collection of italian master designers' light designs was shown at the Bulb Fiction exhibition at Klaus Engelhorn's Depot. The work of young studios such as Polka, Driftdesign and Mischer'Traxler was mixed in forming an interesting view on classic and new lighting design. The Lichtingstein Museum invited three international design teams to create an exhibition under the motto of table culture. Claesson Koivisto Rune worked with manufacturer Lobmeyer and Wiener Silber to create a simple modern product in an opulant staging. Rianne Makkink and Jurgen Bey looked into the history of sugar. And architects/designers Olgoj Chorchoj offered a flashback into one's childhood. The Freiraum at the Museumsquartier asked well known artists to produce design pieces under the label AK7. The label seeks to be active at the interface between art and design and was produced by Tyrolean craft enterprises according to classical craftsmanship techniques, to be sold at 7 pieces each. more info on www.viennadesignweek.com music by: www.undosilence.com

on our first day at the vienna design week we visited a 'Why Design' talk with Inga Sempé. In 2000 she opened her own design studio in Paris, where she worked with Italian firms like Cappellini and Edra.  After seeing almost all the projects we were interested in the person behind the designs. Matylda Krzykowski did a quick talk with her after the lecture. Credits: www.Viennadesignweek.com www.designguide.tv www.matandme.net www.ingasempe.fr music by www.brokenkites.com

Objects with a void

Designguide visited objects with a void and a quick talk with Tetsuo of Study O Portable about the exhibit. ;Void is a term commonly considered useless, but in design, this often overlooked aspect plays a vital role. Intentional or coincidental, voids in objects have the power to define the function and aesthetics of the objects. It's a dismissed yet integral part of design that captivates our imagination. more info on www.objectswithavoid.com music by brokenkites under a CC license: www.brokenkites.com www.designguide.tv

The concept of ‘Lichting’ is simple: the best academy graduates of one year in 1 central catwalk show. In the audience are the 700 most important people for the next step in their careers: fashion journalists and influential stylists, ready to spot the next big thing; CEO’s and design managers on the look-out for talent; and the all-important players-behind-the-scenes, all eager to see what the nation’s academies have brought forth this year. more info on http://www.premsela.org/en/fashion-culture_1/lichting_1/ this show is sponsored by Godaddy use our discount code to get great deals on .com names. http://offers.mevio.com/show/designguide.html

A while ago we had the chance to meet up with Jerszy in central Berlin and take a tour through his design office. Matylda Krzykowski interviews Jerszy Seymour for this latest episode of designguide.tv. This conversation digs deeper into his working methods and origins as well his very riverlike future plans.  more info on the projects at www.jerszyseymour.comMusic courtesy of Brokenkites

Open studios and satellite exhibitions in galleries open their door to the DMY public all over Berlin. YDN designguide takes a look at a small selection with work ranging from the ECAL to Materials Utopia which invited visitors to create their own piece with some chewing gum and colorings. more on dmy-berlin.com

© 2020 OwlTail All rights reserved. OwlTail only owns the podcast episode rankings. Copyright of underlying podcast content is owned by the publisher, not OwlTail. Audio is streamed directly from Robert Andriessen servers. Downloads goes directly to publisher.