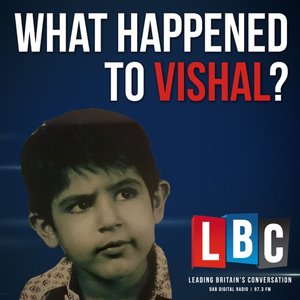 What Happened To Vishal?

Vishal Mehrotra went missing in London on the day of the Royal Wedding in 1981. His body was found in a shallow grave in Sussex nine months later. 33 years on, nobody knows who took him. His father believes Vishal was taken by a VIP paedophile ring and that police covered it up. Over the next few weeks, LBC's senior reporter Tom Swarbrick examines the evidence for these claims in order to try and answer one simple question. What happened to Vishal? 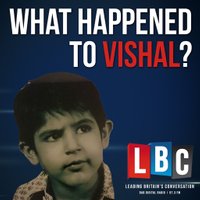 Update - The problem with "new"

This week a quick update on our progress: the calls have grown for Vishal Mehrotra's murder case to be re-opened by Sussex police. Whats clear is that Vishambar Mehrotra no longer feels alone in trying to find justice.

Our attention turns to Sussex police who conducted the original murder inquiry in 1982. In this episode we expose the secret review conducted into Vishal's case, which shows even more connections between a notorious pedophile gang and Vishal's death.

Was it possible for a known paedophile to be out of prison on the day of the Royal Wedding? In this episode, we make a startling discovery that finally means we have some progress in the case of Vishal Mehrotra

Last week, we learnt that nobody saw anything as Vishal disappeared. But is that really the case? Did the police potentially overlook crucial information about Vishal's whereabouts? We speak to two witnesses that say they did.

We go back to where Vishal was last seen by his family and ask the ex Met detective who worked on the case about the investigation, who was suspected of taking Vishal and whether any pressure was put on her to close the case down.

© 2020 OwlTail All rights reserved. OwlTail only owns the podcast episode rankings. Copyright of underlying podcast content is owned by the publisher, not OwlTail. Audio is streamed directly from LBC servers. Downloads goes directly to publisher.