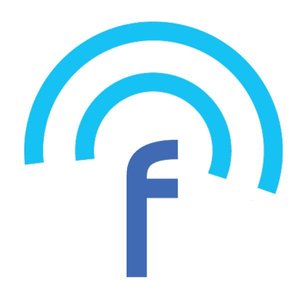 The Fonecast brings you mobile phone news, information, entertainment and reviews from the UK every week. Discover the latest handsets, technology, gadgets, downloads and mobile gossip with expert in-depth investigation. 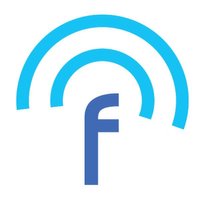 Reviewing our 2015 mobile industry predictions... and looking forward to 2016

Iain Graham, James Rosewell and Mark Bridge return to review their mobile industry predictions from last year. Which mergers, partnerships and developments did they forecast correctly... and which didn’t work out as planned?Later in the programme, the team anticipates some of the topics that will be hitting the headlines during 2016.

Mark Bridge learns about the mobile technology trends at Mobile World Congress 2015 by chatting to James Rosewell of 51Degrees, Dr Kevin Curran from the IEEE and Chris Millington of Doro.They talk about wearable devices, wireless charging, mobile operating systems and much more... including some of their favourite products from the exhibition.

Looking back at February: from security scares to multiple MVNOs

We're taking a look back at the biggest mobile industry news stories from February 2015, including allegations that the UK's security service tried to breach SIM card security by hacking into one of the world's biggest SIM producers.We also talk about the planned BT and EE merger, the creation of two new UK virtual networks, some acquisitions in the mobile payment arena and a new Ubuntu smartphone.

Interview with Chris Millington of Doro about mobile retailing, wearables and technology for older consumers

In today's programme Mark Bridge talks to Chris Millington, who's Managing Director for Doro UK and Ireland. They discuss the state of mobile retailing in the UK, the future of wearable devices and - as you might expect - smartphones for seniors.

A month of mobile: O2 counts on 3, Microsoft counts to 10 and Apple counts its profits

We're back with a month of mobile industry news, including takeover talks and takeover rumours. O2 and Three are said to be discussing a merger... but is there any truth in the suggestions that BlackBerry could be up for grabs?We also discuss Apple's record-breaking quarterly figures, the highlights of CES and the launch of Microsoft Windows 10, as well as saying farewell to the current version of Google Glass.

Mobile industry predictions for 2015, from smartphones to spectrum

The Fonecast predicts 2015: Iain Graham, James Rosewell and Mark Bridge gather round a sapphire crystal ball and make their forecasts for the next 12 months in the mobile industry.Whose product line won't survive until December 2015? What will happen with the BT/EE merger? Which new features will be introduced by smartphone manufacturers?

Takeovers, break-ups, national roaming, dubious advertising and the death of the landline

We begin this week's podcast with updates on two topics we discussed last week: the potential purchase of a UK mobile network by BT - and the crowd-funded Jolla Tablet.After that we talk about the GSMA's reaction to national roaming, the potential death of the landline, a new threat to Google, management changes and advertising for 4G data.

In this week's podcast we're talking about the potential purchase of the O2 UK mobile network by BT.We also discuss new tablets from Nokia and Jolla, the end of a patent battle, mobile payments via instant messaging, app development for the Apple Watch and plans to make even more spectrum available for mobile broadband in the UK .

Time for another podcast presented by Iain Graham, James Rosewell and Mark Bridge. They begin this week's programme by talking about the latest enterprise-friendly developments from BlackBerry.Next comes a new survey from Ofcom about the UK's 4G data speeds, followed by news about TalkTalk's MVNO deal with Telefonica, the growth of WiFi in the home and a report from AVG about social media sapping smartphone performance.