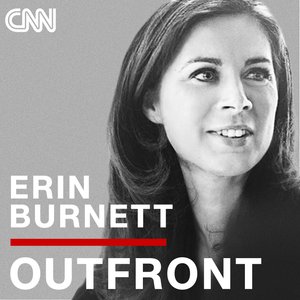 Erin Burnet OutFront: Out in the field. In front of the headlines. A courageous and unconventional nightly news program.

Erin Burnet OutFront: Out in the field. In front of the headlines. A courageous and unconventional nightly news program.

END_OF_DOCUMENT_TOKEN_TO_BE_REPLACED

The House just passed a referral finding Steve Bannon, an ally of Trump, in criminal contempt. Next, the referral will be transmitted to the Department of Justice where they will determine if Bannon should be criminally charged.

The FBI has confirmed via dental records that the human remains discovered at a state park in Florida belong to Brian Laundrie. A “possibly salvageable” notebook also found at the reserve may hold clues into what happened to Gabby Petito.

President Biden is set to speak with voters during a CNN town hall in Baltimore, where he'll take questions as his administration works to sell his legislative agenda to members of Congress and the nation.

The FBI believes it has recovered items belonging to Brian Laundrie as well as human remains in a Florida state park. Family of Laundrie are yet to comment as they await forensic identification of the found remains. The discovery comes 37 days after Laundrie, the fiancé of Gabby Petito, was reportedly last seen by his parents.

Members of the House Select Committee of January 6th have unanimously decided to recommend that the full House find former Trump associate Steve Bannon in contempt of congress for failing to appear. Democratic Rep. Elaine Luria, who serves on the House committee, says Congress “will use all of the tools that [it has] in order to enforce a law and to receive [Bannon’s] testimony.” If the house succeeds in voting to hold Bannon in contempt, the Justice Department will then decide whether to pursue charges. The House committee’s opening statements and vote are included in tonight’s show.

Former President Trump attempts to block the January 6th Select Committee from accessing certain materials by filing a lawsuit against the National Archives. In the lawsuit, Trump claims he has executive privilege to not share certain information but no former president has ever exerted executive privilege on his own behalf after leaving office.

Police are fighting Covid-19 vaccine mandates in many major cities across the country. Some officers are signing out of service for the last time as they quit due to the healthcare mandate.

Biden stalled agenda: "going to get it done"

President Joe Biden faces an economic crisis that includes supply chain, inflation and worker shortages, where a record number of Americans are quitting their jobs. The Biden Administration is scrambling to tame the surging inflation rate after officials have insisted for months that the inflation would be "temporary." Biden is also scrambling to contain the supply chain and says his team is focused on it but his private sector needs to step up.

Amid a nationwide teacher shortage, Oregon is allowing people, who are over the age of 18, to become substitute teachers without bachelor degrees.

An emotional Shatner says going to space was his "most profound experience I can imagine." The actor is the oldest to launch into space.

Rep. Scalise refuses to say that the 2020 election was not stolen. "Millions of Americans have been sold a fraud," said Cheney about those in her own party who question the 202 election.

A Democratic nominee for Virginia governor is facing backlash after saying that parents should not "be telling schools what they should teach."

Body camera video shows Ohio police officers drag a Black paraplegic man out of his car by his hair.

The official ruling for Gabby Petito's autopsy is expected tomorrow, although the coroner already has determined that her death was a homicide. The search for Brian Laundrie at a Florida nature reserve appears to slow four weeks after his parents say that he left home.

China is vowing "complete reunification" with Taiwan after sending a record number of warplanes into a defense zone. Taiwan warns that China could launch a full-scale invasion by 2025.

Senate Minority Leader Mitch McConnell has offered a temporary debt limit solution to avert a "devastating" United States debt default. McConnell makes the short-term debt limit offer 12 days before the defaults, despite saying for weeks that the Democrats were on their own. The Senate Democrats say that they will accept the GOP's offer to avert a United States default.

Taiwan warns that China could launch a full scale attack by 2025.

Former President Donald Trump slams the January 6 panel and says that the "real insurrection" was on election day. According to CNN, the January 6 panel, that is investigating the January 6 riot, can't find an ex-Trump aide to serve him a subpoena. The subpoena deadline is tomorrow to comply with document request.

More officers join the search for Brian Laundrie at a Florida nature reserve. It is unclear what led to the sudden uptick in officers.

The whistleblower says that Facebook has put "immense profits before people." She also says that the algorithms are as "dangerous... as any terrorist."

Former President Donald Trump is still saying that the 2020 presidential elections was "rigged" and calls Arizona audit that found he lost to current President Joe BIden "damning." Trump's pick for Arizona governor would not have certified the election results.

Attorney General Garland has asked about Trump's role in the January insurrection and says that he's "doing everything we can to ensure perpetrators brought to justice."

Biden slams the GOP for refusing to raise the debt limit and calls it "reckless." The United States is 14 days away from being unable to pay its bills, which is a first. Biden says he can't guarantee that the United States will not default for the first time.

Nancy Pelosi is still planning a vote for the infrastructure bill tomorrow, despite the democrat revolt. However, Pelosi is not ruling out delaying if the votes aren't there. The next 24 hours are critical to the Biden agenda and key democrats are not budging. Democrats are at odds over prioritizing bigger bill over infrastructure.

Moderate Sinema meets with White House officials for the fourth time in two days. Sinema sarcastically says "I'm in the Senate" when asked about why progressives are frustrated that they don't know where she stands. Once far left, Sinema now holds power over the Biden agenda.

Cheney apologizes to Milley for Trump allies' attacks, "Despicable... I want to apologize for those members of this committee." Joint Chiefs Chairman Milley defends himself for a second day running as the GOP Trump allies call him a "political figure."

According to an attorney, Brian Laundrie bought a new phone before he went missing. The device is now in FBI possession. A video of Brian Laundrie and parents at a campground has been turned over to the FBI.

A Judge has suspended Britney Spears' father as the conservator of her estate.

Biden Cancels Trip To Save His Economic Agenda

President Joe Biden cancels his Chicago trip amid the race to save his economic agenda. Nancy Pelosi reverses course and moves forward with infrastructure deal without a larger bill, irking progressives in the process. Pelosi reversed the course on strategy as a way to get Biden's agenda passed. Democrats are facing a tense 48 hours ahead of a potential government shutdown.

Milley defends calls to Chinese official near the end of former President Donald Trump's term and says that multiple Trump officials were aware of the phone calls.

A new book suggests that Trump had a colonoscopy during his 2019 hospital visit. Trump his the procedure from the public because he did not want former Vice President Mike Pence in power while he was sedated.

Melania :unleashed" by allegations of Trump's extramarital affairs. The new book is by the former First Lady's former press secretary for the book.

Trump's push to undermine 2020 election fails in Arizona; partisan probes in Pennsylvania, Wisconsin, Texas, Rollout of Pfizer booster begins at least at 6,000 CVS locations, Source: Brian Laundrie left his parents' home 10 days ago without his phone or wallet; parents: haven't seen him since

At least one person is dead and 14 people are injured in a mass shooting at a Tennessee grocery store. Some injured have "very serious injuries," according to police. Also according to police, many people hid in freezers and one was rescued from the top of the building.

Gunman of the mass shooting at the Tennessee grocery store is dead, The gunman was found in the rear of the store with a self-inflicted gunshot wound.

The FBI announces that an arrest warrant has been issued for Brian Laundrie that is related to activities after Gabby Petito's death.

The GOP is being called out for hypocrisy on debt limit. The vote is expected to happen on Monday. Republicans are planning to vote against a measure to suspend the debt limit and say it's Democrats problem despite the debt being accrued under Former President Donald Trump.

Humans are killing off seafood. The supply may be depleted in decades.

Biden Holds 3 Meetings with Dems Amid Deep Divisions over Agenda.

By Veronica H96 - Apr 19 2020
Read more
Erin is an amazing anchor. She asks hard questions and is on top of the facts like no other.