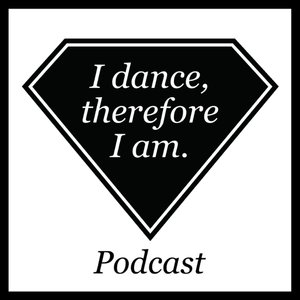 trndmsk is an online magazine about electronic music, founded by two young men in December 2010. Since then trndmsk has been providing its users with things to know about various electronic music genres such as Techno, Minimal, Dubstep, Electro, House, Ambient and Dub. trndmsk publishes a podcast on every first Wednesday of the month, which is mixed by established DJs and producers. 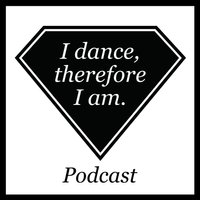 „For the next ninety minutes we’ll be on a journey through a slowly unfolding soundscape with thrilling synths, mystic vocals and energetic strings“, says Milo Häfliger. Contributing the 27th edition to trndmsk’s Future Stars series, the Swiss DJ chose to create a mix between soft melodies and driving grooves. „I recorded the set calmly at home“, says the musician from Bern about “Omnia Vincit Amor”. Generally, he likes to enjoy life and take it as it comes, thus does not really set goals: „But I’m looking forward to everything the future holds for me. This spring I will be touring the Middle East with a few nice gigs. Also, I’m planning to tour Canada and Australia in summer. In Canada I’ll be meeting my close friend Gabriel Belmudes who has set up our first collaboration— very much looking forward to that as well.“

“What inspired me most are for sure the gigs I had over the last months”, says Arutani about his contribution to trndmsk’s Future Stars series. During these gigs he experienced many beautiful moments and met wonderful people. “To be honest I don’t release many mixtapes, therefore I thought it would be good to record something that would show what I’ve been playing during the last gigs.” Arutani retouched the last details of the songs in Tulum in Mexico: “I was very happy to be at home and able to work non-stop on this”, says the Venezuelan artist now living in Switzerland. The mixtape is titled “Denouement Of Love” and consists only of tracks produced by himself. “Making a mixtape with only my songs has always been quite a struggle since I have always been the kind of artist that composes a little bit of everything: chill, crazy, mellow sound, and sometimes it is a bit difficult to put all of this together.”

Having recently produced and released new material, Keybe decided that it was about time to record a new live set. “This way I’d like to share my music and enable listeners to discover my musical universe”, says the young musician. He recorded the set in his atelier in Paris- in a basement: “I spend a lot of time there because the quietness and solitude help me express my ideas musically while going deeper into the topic.” It is vitally important for him to tell a story through his sets. “It is not only about the tracks but rather some kind of contemplation throughout the whole mix, the feelings involved, cultural inspiration and a bit of my personality”, says Keybe. “The Nomad Soul” is the result of several months full of work and learning. In regards to favorite tracks included in the mix, the artist has a hard time to specify: “I really like all of them. My version of The Doors’ ‘Light my fire’ might be close to being a favorite.” Besides these recordings, Keybe is planning to release an EP with Segg via Art Vibes Music, produce a few remixes for other labels, and record a new live set with only one specific edit of his favorite artists. “I hope you all enjoy the 24th edition of trndmsk Future Stars.”

“I wanted to record a mix that is more driving than the last one”, says Julian Falk reflecting on his style of music. “Also, I’m a bit sad sometimes that so many beautiful tracks don’t make it into a mix. There’s a high frequency of good releases and your own taste changes constantly anyway.” He was inspired to produce the set during an open air performance in a forest glade surrounded by a river near Halle (Saale). “I was guided by the atmosphere of the nighttime set, rearranged some ideas and took it from there.” The mix, titled “Atīndriya”, was recorded on Ableton at different sites over the last weeks: his new home, his native home and the train rides in between. By recording the set he wanted to add more variety to his previous sets on SoundCloud: “This one was designed to be more danceable and reflect the sets I usually play at night.”

trndmsk: Damian, tell us what to look forward to in the next few hours? Scrounger: Almost three hours of music, samples, noises, hi-hats, drums, Soul and Jazz baselines, erotics and advice from the dating coach. Where and how did you record the set? I recorded it during the last months while I was travelling a lot to collect tracks and ideas. I always need a certain topic for my sets. This topic I try to convey into the mix with vocals. This time, an insanely experienced “dating coach” (whose name I won’t reveal for his protection) explains how girls behave in a club and how you can “score” with them.

Oberst & Buchner have been a very special project for us ever since their release of “Doves” which was recorded with Mimu and included a remix by both Rampue and Patlac. But even before that Sebastian Oberst and Andreas Buchner formed the perfect example of a great live act. In March 2016 they provided “Erdberg” as a free download on trndmsk— now they want to follow up with a contribution to our Future Stars series. Their set was recorded live and is titled “Secretly”. We talked to them about the creation of the set, their Downtempo event series Heimlich and their future releases.

Sixteen years ago Gabriel Ananda started his career by releasing the “For Love” EP via his own imprint Karmarouge. The Cologne DJ advanced to become some kind of insiders’ tip with his groovy minimalist tracks. In 2004 he released “Süssholz”, one of the most prominent club tracks of that year, and topped off the year with his debut album “Tai Nasha No Karosha”. The LP was clearly aimed at the dancefloors banking on functional directness and the pleasure of dancing.

© 2020 OwlTail All rights reserved. OwlTail only owns the podcast episode rankings. Copyright of underlying podcast content is owned by the publisher, not OwlTail. Audio is streamed directly from trndmsk servers. Downloads goes directly to publisher.