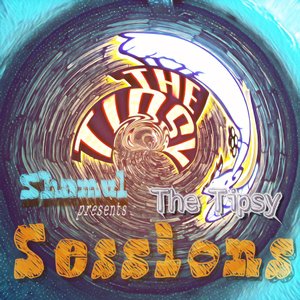 Dj Mix sets- CLUB/HOUSE/TECH-HOUSE/DEEP/MINIMAL/MELODIC/TECHNO/HARD/BASS/PSYTRANCEPurely for showcasing talent and the love for UNDERGROUND.Get in touch - thetipsysessions@gmail.com

When it comes to electronic music, few cities cantouch Bristol or London. Renowned for their diversity and richmusical offerings, both have graced us with a cultural significancethat’s very much their own. How fitting then that they both playedkey roles in the life of Bearface. Born to Punjabi-Indian parentsand raised on a diet of eclectic sounds, the DJ/producer was bornin Bristol but decamped to London during his formative years inthe late 90s. It would prove to be an inspiring move.Bearface has come a long way since then. These days, he isbusy working on the Beartone label, which itself has enjoyedgreat success recently courtesy of the recent San Jose EP. Aperfect example of where the producer is at right now, the breezysounds of the EP has endeared Bearface to a whole newaudience, and ultimately led to his music being signed to themighty Exploited, where Claptone and Purple Disco Machineleant their support to the brilliant sounds of ‘Moon’. The soundon San Jose is a far cry from his early days as an acid jazzpercussionist and his breakthrough track, ‘Bare Brass’, comingfrom his and Max Mistry’s Bana Kuba moniker.There were steps between these two. Soon after he started in theacid jazz scene, he became a regular at clubs such as theiconic Plastic People, where his love affair with all things housemusic only intensified further. “I always love the music that the DJwas playing at 3am”, says Bearface, and an infatuation with the sounds of Masters at Work, Mood 2 Swing, Ron Trent and Chez Damier would appear to cement the point. “Whether it was French touch or house music from Chicago, as long as it maintained that dreamy, futuristic sound I was hooked”, he says. A born creative, it wasn’t long before he began to experiment with music production himself. After honing his sound over a number of years, his first release, the ‘Bare Brass’ track, became KISS FM’s ‘Track of the Week’, an accolade that eventually got the record signed to Roger Sanchez’s Stealth label and licensed to compilations by Defected and Vendetta. From this, Panasa’s career was born. Following on from ‘Bare Brass’, he released several more tracks on Stealth under the Bana Kuba alias, including ‘Tribal Dancing’ which became a fixture in his sets for some time. Since then, a host of labels have taken on his music, including Exploited, Volupso, Clubstream and Clubstar, to name just a few. Alongside this, many DJ’s of renowned talent have lent their support to him, with Hector Romero, Danny Tenaglia, Todd Edwards, James Zabiela and Groove Armada all showering his music with praise. The Bearface alias started in 2013 with the founding of his Beartone label. The first release was ‘Tuba’ and the label has gone on to release more of his music, which has also been featured in multiple compilations. Related Weblinkshttps://www.facebook.com/bearfaceme/ https://soundcloud.com/beartonerecords https://www.residentadvisor.net/dj/bearface https://www.instagram.com/hellobearface/Booking: beartonerecords@gmail.comLabel Beartone: beartonerecords@gmail.comPR: stephen@eureka-artists.comSocial Media: patricia@dellabellamanagement.comTrack List:Bearface-Yogi (BeartoneRecords)David Gtronic-DRZN(Tervisio Records)Bearface-Mumbai Nights(Beartone Records)Gout du Grove-GroveOne (Tealer Records)F.eht-No Sense(BosphorusUnderground)Subb-an, ArchieHamilton, Enzo Siragusa-Playdem (Fuse London)Pancho Villa-RamanTaco (Beartone Records)Guti-Red Eye (CuttinʼHeadz)Bearface-Rise(Kdub)(Beartone Records)Bearface-Fade Feat.LoveChild (BeartoneRecords)Ricardo Villalobos-Backand Forth Feat KE (HotCreations) 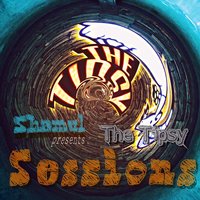 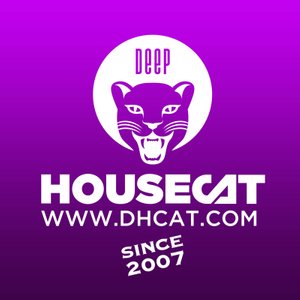 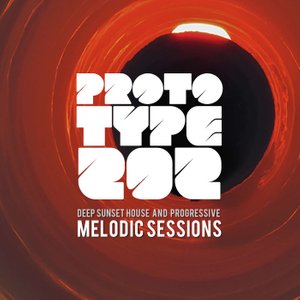 Hi everyone. My name is RASKOVIK and im a sixteen year old argentinian dj. I love music since i was born. At that time, parents used to put me rock music and now i love it. However, two years ago, i started listening to dance music and I’ve come back. That music catch me so much that i decided to become a dj. So now i can say that I like old house music, tech house and techno. In my sets, without forgetting my origins, i usually include voices and sounds from genres like progressive rock, blues, punk, metal, among others.TRACKLIST:Final_Sample_-_Sinner_to_Saint_Original_MixPumpin (Original Mix)Working Day &amp; Night (Original Mix) - Juarez ft. Michael JacksonScraping_Original_MixPump It - Black Eyed PeasIn Africa - Original Mix - Real NiceFour Seasons in One Day - Crowded HouseRumba Dumba - Paul C &amp; Paolo MartiniYou Make Me (Original Mix) - WhitecardAlegria (Original Mix) - Sllash &amp; DoppeDoctor Pressure - Mylo vs. Miami Sound MachineFreaky Funky Flow (Original Mix) - Rino(IO)DJStreet Stuff (D.T.T.H.) (Original Mix) - Jay LumenTribe Vibe - Mirko Di FlorioCan You Feel It? - CLSMessin My HeadHauz (Original Mix)That Jimmy Person - Message (Original Mix) [Formatik+]

Pleasure to present another mighty session by the man who has been there, done that. A special set Recorded live Somewhere in India.

V O I D is a techno name of Nitin Arora from Punjab (India).A fresh talent .He got to know about his interest in music when he started going to the music festivals .He took his passion very seriously and started djing .Genres he covers are afro house, melodic techno and progressive house . In a very short span of time he has shared the console with very big names like Bullzeye Nawedkhan Mashter and Deepesh Sharma.Talking about this mix is all about electronic tunes melodic techno and progressive music which is full of immense energy.Track List:00.00 - such a sweet ability by bryan kessler 03.50-last call( karmon remix) by alex kennon 08.00-no name by mundo d. Roglar 11.35-rotlicht by oliver huntermann 16.07- all locations by dosem 20.10-mystery (tale of us remix) by adriatique 25.50- dystopia(nick devon remix) by jobe 28.30-fatback by shimza 31.20-allegro by paul thomas 35.30-dance alone ft tone of arc 38.50- east still vor talent 42.49- roast by adriatique 46.01-what keeps you there (avidus remix)

Lady Windsor:For my second appearance on Tipsy Sessions podcast, I wanted to take myself on a journey to suntastic Miami. With Miami Music Week just coming to a close, memories of attending last year's Winter Music Conference as well as the sounds, sights, tastes and attitudes of the city are flooding my mind. I have yet to experience the convergence of all these cultural aspects into one amazing package anywhere else in the world, and hence, I am itching to go back.So with this set I would like to take you on an imaginary tour through Miami, with it's soulful and ritzy eateries that tantalise the taste buds, poolside bars and watering holes that don't stop bopping, and nightclubs displaying the creme of the crop of electronic music artistry, encased in a no BS philosophy that forces you to leave all forms of judgement at home, give in to your senses, and completely let go.Of course this jaunt to 'The Magic City' with it's spectacular sunsets, balmy breezes, and warm waters would not be complete unless sound-tracked by yours truly, so do expect to hear an injection of that Lady Windsor flavour along the way.And with that I will leave you to mentally teleport yourself from anywhere you are on the planet to the incredible place that is Miami. Do stop to send me a postcard. Can't wait to hear all about your trip :)Track-listing1: Real Pain (K&amp;S Remix) - Kraak &amp; Smaak2: The Black Note - Daniel Steinberg3: Damned - Daniel Steinberg4: Keep Me Up - Worthy5: Bepsi (wAFF Remix) - Butch, wAFF6: Rapido - Dee Montero7: No Matter (Original Mix) - Iron Galaxy8: Wide Awake (Original Mix) - VONDA79: Cries - Glowal10: I Go, I Go (Undercatt Remix) - Booka Shade, Kaktus Einarsson, Undercatt11: Matrix (Original Mix) - Undercatt12: Buggin' - Hot Since 82, Jem Cooke13: Twilight - Daniel Steinberg14: The Call - David Mayer15: Bring The House Down (Original Mix) - Pagano16: Monaco F. (Club Mix) - GHEIST17: Stork - Kaiserdisco, Karotte18: Malfunction Manipulation (Satoshi Fumi 'Sequential' Mix) - Ken Ishii, Satoshi Fumi19: Satellite (Original mix) - Fab, Aninha20: Nebula - Alex Metric, Ten Ven21: Peonia (Original Mix) - Chus &amp; Ceballos, Fabio Neural22: Ages of Consent - Habischman23: Heaven Scent (Eagles &amp; Butterflies Remix) - Bedrock, Eagles_Butterflies24: Planet 9 - Adam Port

One of the new wave of DJ/producers inspired by the recent disco revival, Lisa Jane has quickly made a name for herself in and around Leeds with her infectious blend of funky, disco and house, blended with a tougher late-night edge.Track List:Join us (full intention mix) David Penn Love Rights Kevin Mckay Big Love Anfunk Alan Schiavone For your love Mirko &amp; Meex Sum of Dat Ordonez Your love is medicine The Jagg Lonely Love Jonk &amp; Spook I don't understand Risk Assessment Till the day I die Saison Gotta have house Johan S Jackin Sinner &amp; James Count on you Autoerotique

© 2020 OwlTail All rights reserved. OwlTail only owns the podcast episode rankings. Copyright of underlying podcast content is owned by the publisher, not OwlTail. Audio is streamed directly from Shamul Sharma servers. Downloads goes directly to publisher.