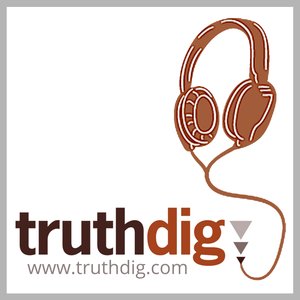 Truthdig Podcast - Interviews and spoken articles from a Web magazine providing expert in-depth coverage of current affairs as well as a variety of thoughtful, provocative content assembled from a progressive point of view.

Truthdig Podcast - Interviews and spoken articles from a Web magazine providing expert in-depth coverage of current affairs as well as a variety of thoughtful, provocative content assembled from a progressive point of view.

When R.J. Cutler tuned in to CNN during the summer of 2015, he couldn’t tear himself away from his TV. That was just the reaction that media barons such as CNN’s own Jeff Zucker were counting—and banking—on as they gave then-candidate Donald Trump the run of their airwaves, broadcasting his bombastic rallies in full, spreading his every Twitter-borne emission, staging mock-shock shows of outraged punditry over his latest assault on acceptable norms of political duplicity.

We all know how that episode played out. But as he watched, Cutler, himself a kind of show-business Swiss army knife, was riveted for reasons other than just his concern for his country. “I, like so many Americans, found myself fascinated by not only the politics and the policy and the fact of the event but by the narrative of it all,” he said, recalling Trump’s rise to power. As a filmmaker, producer and playwright, though, Cutler was also compelled creatively by Trump’s White House blitz.

As he told Truthdig recently during a brief pause at Politicon 2018 in downtown Los Angeles, Cutler followed his interest in what it must be like behind closed doors in Trump’s power center, “to be in the rooms where it happened,” into satirical territory. Last August, Cutler added “podcaster” to a résumé that included production credits on the Clinton-era documentary “The War Room” and the genre-busting horror feature “Get Out” as he launched “The Oval Office Tapes” podcast.

Dennis Rodman Leads the Parade of Absurdity at Politicon 2018 (Video)

The premise is simple enough—“We imagine every week that there are microphones in the White House, and we imagine that we’re listening in on the phone call,” Cutler offered—and the Trump camp has come through with nothing short of a content bonanza for the podcast. “It appears before us fully formed,” Cutler said of each week’s installment. “Of course Elizabeth Warren is calling the president this week and saying, ‘Hey, pay up,’ ” he said, describing a recent episode in which the Massachusetts senator produced proof of her Native American heritage, for which Trump had once claimed he’d pay a $1 million reward. In another bit, a voice actor plays the recently Trump-ified Kanye West on a phone call with the president, an episode that aired several days before the real West visited Trump in the Oval Office for their own October surprise.

But would “The Oval Office Tapes” represent a sort of artistic intervention on Cutler’s part? “I see it as reflection, I see it as illumination, I see it as nothing more than artists responding to their world,” he said, before seeming to make a little room for that possibility. “I certainly see it as speaking truth to power,” he added.

Podcast enthusiasts can hear “The Oval Office Tapes” here; below is a teaser clip from the show (courtesy of Cutler Productions):

By Telcod - Apr 08 2014
Read more
What a breath of fresh air. Especially fond of Chris Hedge&#39;s observations and analysis.