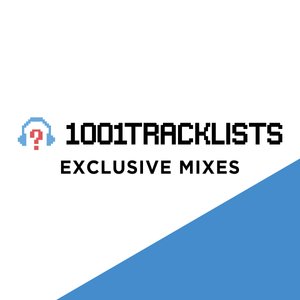 1001Tracklists brings you the freshest music on a weekly basis with their artist curated Exclusive Mixes. Showcasing everyone from Main Stage headlining acts to leading Underground DJs to up and comers whose productions have placed them on the cutting edge of electronic music, each mix offers a one of a kind insight into the world of the top acts in dance music! 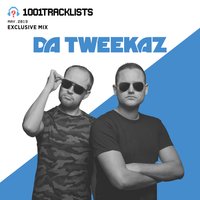 We’ve got a massive Exclusive Mix to kick off your week with two of Hardstyle’s biggest artists!! None other than Da Tweekaz have stepped up and packed their 60 minute mix full of powerful tracks to get you through the week in a heartbeat. Get ready for some Disney infused Hardstyle madness and take a closer look at Da Tweekaz! 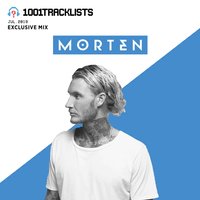 After a monumental release weekend, which saw MORTEN and David Guetta together on the Mainstage of Tomorrowland to drop their brand new collaboration “Never Be Alone,” we’re thrilled to have MORTEN on board with his Exclusive Mix to keep the celebration going!! 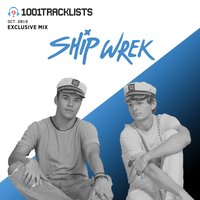 Ship Wrek join us today to celebrate “Wait For You,” their debut release under Atlantic Records. The American duo have been on a tear already in 2019, notably on 1001Tracklists with their hits “Soul” and “Need It” racking up the DJ support, and their Exclusive Mix celebrates the start of a new chapter in their career! Turn it loud for a non-stop thrill ride with quick transitions, exclusive edits, and loads of new IDs!! 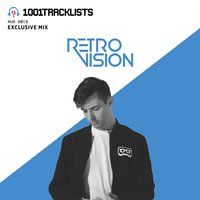 RetroVision is in the midst of his biggest ever summer and we’re delighted to have him on board with his Exclusive Mix! Arguably no producer has seen his music played more this festival season, with his originals on Hexagon and Musical Freedom as well as official remixes for Laidback Luke, Yellow Claw, Galantis, and Timmy Trumpet racking up the support on Mainstages worldwide! Turn it loud as we celebrate the summer of RetroVision!! 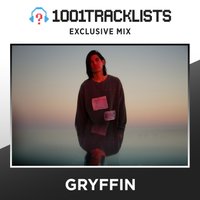 Amidst a massive North American tour, we were excited to be joined by Gryffin to celebrate his debut album Gravity. Representing the culmination of two years of work, the album is uplifiting dance music at its finest. Boasting an incredible cast of collaborators and vocalists such as Seven Lions, Gorgon City, Slander, and AlunaGeorge, Gryffin’s production prowess shines through with each track on the album. Turn it up to hear a selection of the album tracks mixed with other Gryffin favorites from his after party DJ sets! 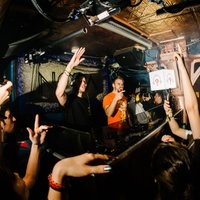 CID &amp; Nitti Gritti stepped up to the decks at the Top 101 Producers event and dropped nonstop addicting house grooves. The American DJ/Producers each had strong years, with CID’s year culminating in the launch of his own label Night Service Only and Nitti Gritti’s tough bass music and festival ready mashups seeing loads of love. Turn it up for some of the hottest tech house and big basslines! 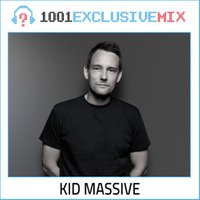 Kid Massive has a big year planned with extended touring in Asia, the growth of his label Get Down Recordings, and much more! His Exclusive Mix showcases some of his favorites of the moments in a groove inducing mix! 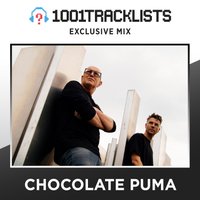 Dance music legends Chocolate Puma simply can’t be stopped! As we open a new decade, the Dutch duo are celebrating the launch of their new label TONCO TONE as well as their debut performance at Ultra Music Festival. Turn it up for their Exclusive Mix which features the first release from their label “Megablast,” a tune which you could hear them road testing as intro track for the last several months, as well as groovy house cuts and big basslines to lift the energy! Bring on the chocolate! 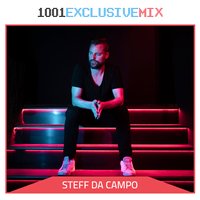 2018 has been a milestone year for legendary house duo Milk &amp; Sugar. As the celebrations of their 20th anniversary rolled on with shows across the globe, Milk &amp; Sugar reached a landmark achievement, earning their first #1 Overall Album on iTunes in Germany with their 2018 Beach Sessions Compilation. Enjoy a listen to some of their favorite tracks from this year including an early listen to their new single in their Exclusive Mix! 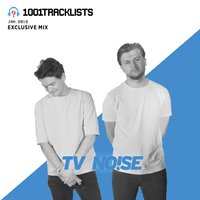 We’re thrilled to be joined today by two of dance music’s hottest producers, TV Noise!! An integral part of Martin Garrix’s STMPD Records, their productions have become staples in the sets of other legends such as Axwell / Ingrosso and Tiësto and heard at festivals and in clubs around the world! With their debut Ultra Music Festival appearance coming later this year, we were thrilled to get an absolute filthy mix from the talented Dutch duo as the excitement for their new music and big gigs ratchets up! 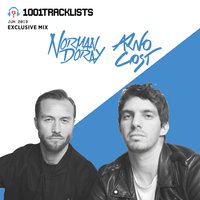 Arno Cost &amp; Norman Doray have made a big resurgence this year with their outstanding house releases including standouts “Travolta” on STMPD and “Together” on Positiva. They’ve just dropped their latest collaboration, “Set Me Free” on SIZE Records and we’re celebrating the return of pure house in their Exclusive Mix!! 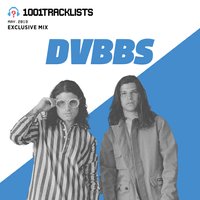 DVBBS are heating up as we head towards summer 2019! They’ve just dropped a new club tested remix for Steve Aoki’s collaboration with Monsta X “Play It Cool,” and are seeing big returns on their crossover hit “GOMF” ft. BRIDGE. Big users of 1001Tracklists themselves, the Canadian duo lined up an extra special Exclusive Mix to lift your mood and raise the energy as we launch into June! 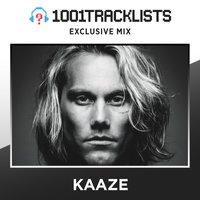 Today we’re celebrating KAAZE’s milestone release "The Evil Folk" with his Exclusive Mix &amp; Interview. Originally premiered during ADE last year, and a slick reimagination of the “Streets Of Cairo” song from 1893, the initial response to the track has been massive! Racking up greater than 100,000 streams a day, we’re excited to keep the celebrations going with KAAZE’s Exclusive Mix. Turn it up to hear all of his hits on Revealed Recordings, alongside some exclusive mashups, and of course IDs! 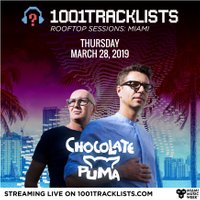 Legends Chocolate Puma stepped onto the decks as sunset was just unfolding and delivered an out of this world set! Listen carefully to hear brand new Chocolate Puma IDs including a massive unreleased edit of their hit “Scrub The Ground”! 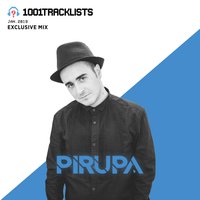 We’re delighted to bring our Exclusive Mix series back to life in 2019, bigger and better than ever, as each week we’ll deliver a new feature from a handpicked selection of the top artists across all of dance music. To get things off to a proper start, we invited Italian House legend Pirupa to join us, and he delivered us an incredible Mix live from Elrow Chile! Groove away to his sounds as we dive deeper into his packed release schedule, plans with his label NONSTOP, and more! 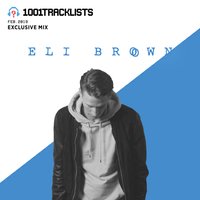 Eli Brown has taken the Tech House world by storm over the past two years and quickly developed into one of the most in-demand producers in the scene. Firmly entrenched with the hottest labels and brands like Repopulate Mars and Sola, Eli’s lined up an incredible release and tour schedule for March. We’re celebrating with his Exclusive Mix and taking a deeper look at his productions including new Sonny Fodera collabs as well as his packed Miami! 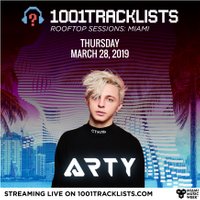 As day turned into night ARTY closed out the first 1001Tracklists LIVE Session with an unmatched vibe. His set featured loads of exclusive edits and mashups as well as many of his own incredible productions that consistently place him in the Top 101 Producer Rankings. 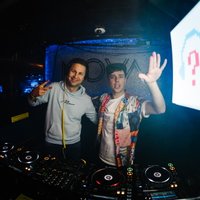 Dave Winnel and Jack Wins were both big climbers in the Top 101 Producers 2019 each rising to their highest finish ever, at #28 and #38 each respectively. The groovy, ear-catching house tunes that got them their were in full force during their b2b set much to the delight of fans! 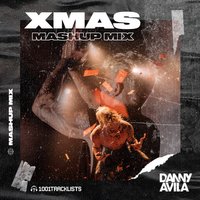 Danny Avila is a DJ know for his high energy, special edit filled live sets and we’re excited to be celebrating them with you today! As we count down the days to Christmas, we’re here to get you in the mood early with Avila’s exclusive mashup filled mix! 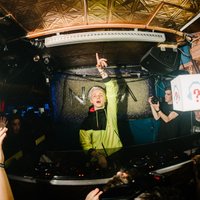 ARTY brought out the exclusive edits, mashups, and of course signature productions as his DJ set once again showcased why he is a cornerstone artist in the Top 101 Producers!

© 2020 OwlTail All rights reserved. OwlTail only owns the podcast episode rankings. Copyright of underlying podcast content is owned by the publisher, not OwlTail. Audio is streamed directly from 1001Tracklists servers. Downloads goes directly to publisher.