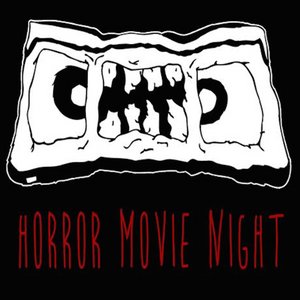 Join Matt, Scott and Brian each week as they suffer through horror films both forgotten and beloved. The trio capture the excitement and the disappointment of renting movies in the 80’s and 90’s. For every surprising thrill like American Gothic the trio suffer through there's 10 disappointing flops like Terror Toons. The show combines the nostalgia of renting videos with a snarky comedic blend that will make you feel sentimental while simultaneously putting a smile on your face. So dust off your VCR, make some popcorn and check behind every door because it’s… Horror Movie Night. 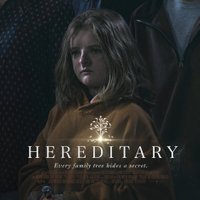 SPOILERS ALL OVER THE PLACE! DO NOT LISTEN UNTIL YOU'VE SEEN THE MOVIE! WE WARNED YOU! Aslo Katie joins us to talk about Hereditary now in theaters. 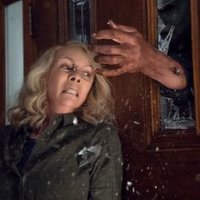 We're back with another episode of In Theaters Now! Halloween came out yesterday and we (plus our friend Katie) have checked it out. So listen to our episode breaking down the movie, be warned there be spoilers in these waters! 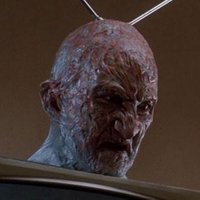 Matt and Scott were joined by Stephen of Analog Jones at Monster-Mania in NJ this spring and decided to make a "threevening" of it by discussing Hellraiser 3: Hell on Earth and A Nightmare on Elm Street 3: The Dream Warriors! This is the second live episode recorded after Mania, and we can happily report that no one has their tendons ripped out to be used as marionette strings or gets called bitch by a TV. Join us for another live episode of Horror Movie Night! 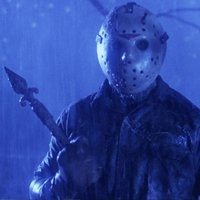 Listen, if you dig up the corpse of the guy who terrorized and traumatized you as a kid, stick an iron rod in his chest that then gets struck by lightning, reanimating said corpse, you might not want to try your hand at gambling. You may have noticed today's date, which informed Matt's pick this week, the immortal JASON LIVES (1986), one of the most enjoyable entries in the Friday the 13th franchise. If you were unimpressed with the fire circle in Octaman, Tommy Jarvis has a much more impressive one and it's on a freakin lake... Jump in, the water is crystal clear! 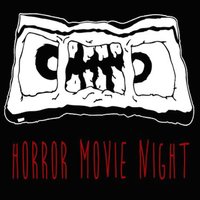 Another week, another Famke Janssen lead role, this time in Dark Castle's remake of the William Castle/Vincent Price classic HOUSE ON HAUNTED HILL (1999)! This was discussed way back in the Reddit Horror Club days, so Scott decided it was time to bring in into the HMN library, much to Brian's dismay. Sure, the CGI is bad, Chris Kattan is annoying, and it's not nearly as good of a movie as the original, but it's got Jeffy Combs as a psychotic ghost doctor, Geoffrey Rush channeling Vincent Price through John Waters, and some amazingly surreal visuals. Oh, and Marilyn Manson's cover of Sweet Dreams. It's unacceptable that Brian didn't love this film. Unacceptable! If you like the show, be sure to Rate, Review &amp; Subscribe! Send us some emails at HMNPodcast@gmail.com Follow us on our social media!Twitter: @HMNPodcastInstagram: @HMNPodcastFacebook Group: https://www.facebook.com/groups/HorrorMovieNight Donate to our Patreon: https://www.patreon.com/HMNPodcast This podcast is powered by Pinecast.

It's been a crazy year of Horror. Instead of a "What did we watch this month" we are gonna focus on the entire year of horror. What worked for us, what did we hate. Tune in and check it out! 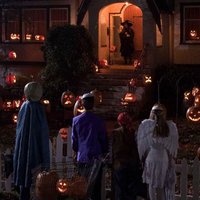 It's Halloween week and time for our last horror anthology, so of course we pulled out the big guns with 2007's TRICK R TREAT! We are joined by Jason of Creepy Co, and spend the entire episode just gushing about what a great piece of entertainment this one is. We also get into a nice tangent about Super Troopers, so don't worry, still on-brand for us. Make sure your jack-o-lantern is lit all night long, just in case!

Adam has gone to Pittsburg to audition for some weird late night snuff show, but while he was gone Matt and Scott watched Videodrome. Joining us this week is Alison who not only picked the film but is also Canadian so perhaps she can explain to us why Canadian horror movies are so fucking weird. Either way, LONG LIVE THE NEW FLESH! 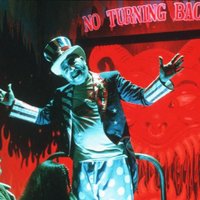 You thought Halloween was over 2 weeks ago? WRONG. After much deliberation, Scott has decided to take one for the team and pick a Rob Zombie Halloween movie. No, not that one. Or that one. Or that one. Or...oh whatever, it's HOUSE OF 1000 CORPSES from 2003! We're pissing everyone off with our annoying laugh and soliloquizing at cheerleaders about popular posts on /r/conspiracy so strap in for another dose of TCM2 fun even though we already discussed that movie. 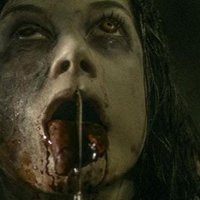 Better go into this one on an empty stomach, cuz this week’s discussion is Evil Dead 2013! One of us loses an eye, another loses an arm, and all of us lose our self-respect as we detox in the woods with Mia &amp; company. If you ignore all warnings, including dead cats and scribbled alerts that reading the creepy book you found in the basement will turn all of your friends into fleshbags for murderous demons, you’ll fit right in on this week’s Horror Movie Night! 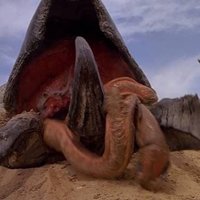 This one was a long time coming, but we heard your footsteps on the sand and decided it was time to air out some Bacon. Kevin Bacon, that is; the dance-fighting cowboy heart-throb of the early 90s who then became the dong-flashing invisible rapist a mere decade later. This week, we are kicking off Listener Submitted Month with 1990s TREMORS. Thrill at this marvel of modern storytelling that seamlessly weaves DUNE and ASSAULT ON PRECINCT 13 into one very uneven monster flick. But seriously, the Graboids' PR guy should consider renaming them something a bit less Weinstein-y. 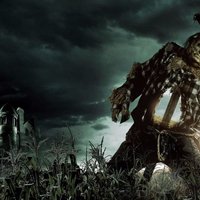 In Theaters Now: Scary Stories to Tell in the Dark (2019)

The team and Katie checked out Scary Stories to Tell in the Dark which came out this weekend so you didn't have to and final verdict is you should see it and then listen to our episode!

This week, the guys made the mistake of rewatching Creepshow 2. Adam and Scott were severely underwhelmed with an adult viewing of The Raft, and let their guest Kannon know it, while Matt did his best to keep the discussion from derailing even more. Get out the costume adhesive and glue a latex scrotum to your chin, it’s Horror Movie Night! 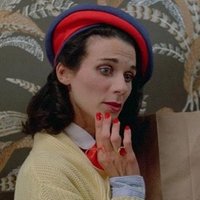 Welcome to Episode 50 of Horror Movie Night! We all survived our first year and haven't gone on too many murderous rampages yet, and for our anniversary, we discussed the fantastic camp slasher SLEEPAWAY CAMP from 1983. Matt is overjoyed that he's surrounded by so much young fresh chicken, Scott is hoping to score with counselor Meg on her night off, and Adam is just hanging out in the background pumping iron. Let your hair down and get some head by the lake - it's Horror Movie Night's 50th episode! 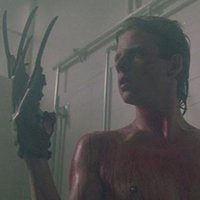 Release the person faced hounds and pull your Probe board game out of your closet because this week the trio is talking about one of the most infamously homoerotic horror films of all time... "Nightmare on Elm Street 2: Freddy's Revenge". We break down the subtler moments of S&amp;M bar crashing, Mark Patton's dreamy eyes and the true story of the man inside. Join us won't you for Horror Movie Night! 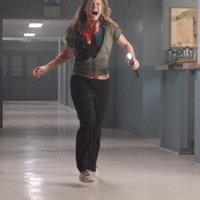 It's Listener Submitted Month, and we're kicking it off with a huge mistake on everyone's part, the abysmal BOOGIEMAN 2 (2007). Imagine everything you love about Dream Warriors, take away the charm, talent and budget, and maybe, just maybe you end up with this movie. Your hosts have about 1 compliment a piece for this one, and spend the rest of the episode in total regret for their life choices. Witness the misery inflicted by Horror Movie Night listeners all month, starting....NOW!

This episode of Horror Movie Night transports us back to the fantastic world of 2002, when Matthew McConaughey’s career was on fire, Bill Paxton was making housewives quiver, and the abundance of boy bands was a sign of the end-times. Our guest Rich barely gets a word in edgewise and adds us to his God’s Hand Killer list of naughty children; we discuss where we would like those magic hands to be placed. Listen to Horror Movie Night - it’s God’s will! 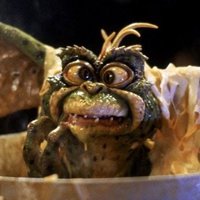 Nyahnyahnyahnyah nyah nyah,nyahnyahnyahnyah nyah nyah, nyahnyah nyah nyahnyahnyahnyahnyah nyahhhhhh! It's episode 150 of Horror Movie Night and we decided to treat ourselves after midnight with a little film we like to call GREMLINS 2: THE NEW BATCH from 1990! We also were finally able to bring our Podfather Jonathon London, creator of Geekscape, along for the ride, and this was way better than our original request to do CHUD with him 3 years ago... We have a blast revisiting this beloved gem and questioning some of the movie logic on display, but does it really matter because VEGETABLE GREMLIN! Thanks for sticking with us and helping keep us crazy enough to watch 150 horror films and discuss them weekly over the last 3 years of the show. Here's to 150 more (and Gremlins 3, written by, directed by and starring Pizzaboy Jon London)!

Come down to lake Havasu and crack a brew with us because this week we're talking Piranha 3D. Wet Shirts, Trip McNeely's penis, Eli Roth getting his face smashed in by a boat and Richard Dreyfuss reprising his role of Matt Hooper are just SOME of the reasons to love this bat-shit movie from 2010. Adam regrets picking this movie while Matt and Scott geek out over everything from Christopher Lloyd's over acting and how hot Elizabeth Shue (and Ving Rhames) still is.

© 2020 OwlTail All rights reserved. OwlTail only owns the podcast episode rankings. Copyright of underlying podcast content is owned by the publisher, not OwlTail. Audio is streamed directly from Geekscape servers. Downloads goes directly to publisher.