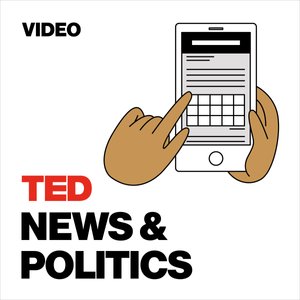 Seeing the world beyond news headlines: politicians, journalists and researchers share their insights onstage at the TED conference, TEDx events and partner events around the world. You can also download these and many other videos free on TED.com, with an interactive English transcript and subtitles in up to 80 languages. TED is a nonprofit devoted to Ideas Worth Spreading.

Social psychologist Dannagal G. Young breaks down the link between our psychology and politics, showing how personality types largely fall into people who prioritize openness and flexibility (liberals) and those who prefer order and certainty (conservatives). Hear why both sets of traits are crucial to any society -- and how our differences are being dangerously exploited to divide us. What if things weren't that way?

The global collection of women's experiences can no longer be ignored, says actress and activist Tracee Ellis Ross. In a candid, fearless talk, she delivers invitations to a better future to both men and women. 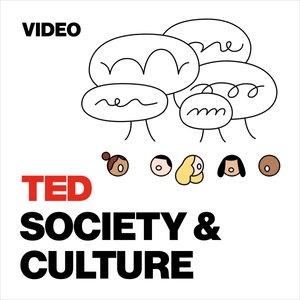 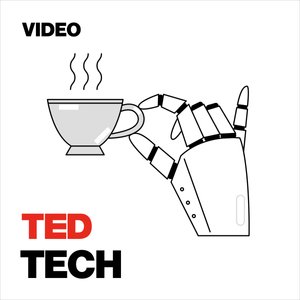 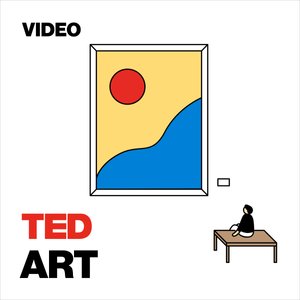 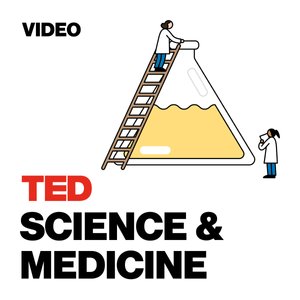 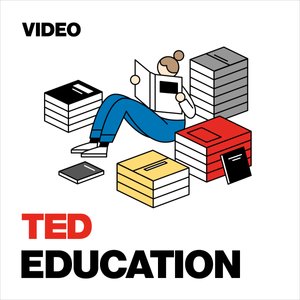 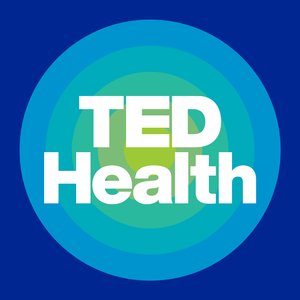 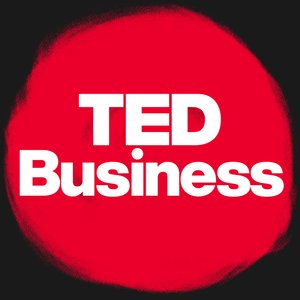 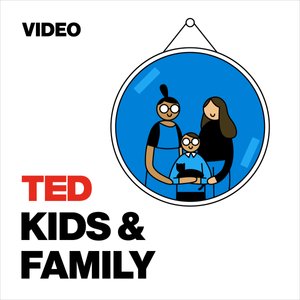 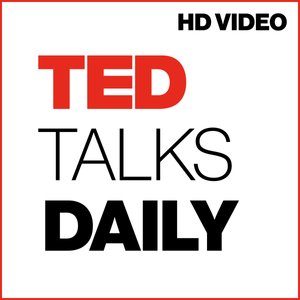 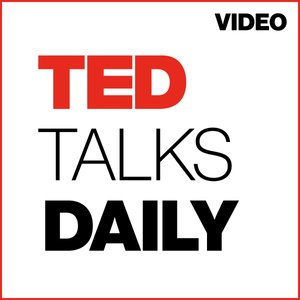 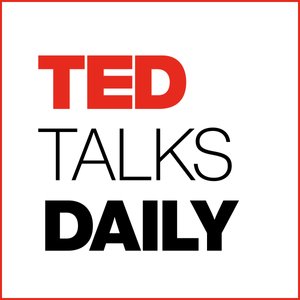 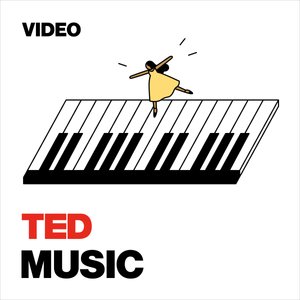 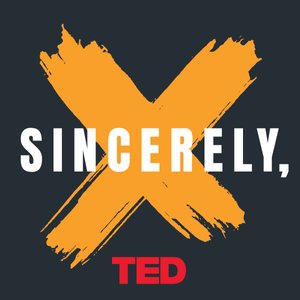 How to have better political conversations | Robb Willer

Robb Willer studies the forces that unite and divide us. As a social psychologist, he researches how moral values -- typically a source of division -- can also be used to bring people together. Willer shares compelling insights on how we might bridge the ideological divide and offers some intuitive advice on ways to be more persuasive when talking politics.

For the introverts among us, traditional forms activism like marches, protests and door-to-door canvassing can be intimidating and stressful. Take it from Sarah Corbett, a former professional campaigner and self-proclaimed introvert. She introduces us to "craftivism," a quieter form of activism that uses handicrafts as a way to get people to slow down and think deeply about the issues they're facing, all while engaging the public more gently. Who says an embroidered handkerchief can't change the world?

How to deconstruct racism, one headline at a time | Baratunde Thurston

Baratunde Thurston explores the phenomenon of white Americans calling the police on Black Americans who have committed the crimes of ... eating, walking or generally "living while Black." In this profound, thought-provoking and often hilarious talk, he reveals the power of language to change stories of trauma into stories of healing -- while challenging us all to level up.

In 2018, Scotland, Iceland and New Zealand established the network of Wellbeing Economy Governments to challenge the acceptance of GDP as the ultimate measure of a country's success. In this visionary talk, First Minister of Scotland Nicola Sturgeon explains the far-reaching implications of a "well-being economy" -- which places factors like equal pay, childcare, mental health and access to green space at its heart -- and shows how this new focus could help build resolve to confront global challenges.

The new political story that could change everything | George Monbiot

To get out of the mess we're in, we need a new story that explains the present and guides the future, says author George Monbiot. Drawing on findings from psychology, neuroscience and evolutionary biology, he offers a new vision for society built around our fundamental capacity for altruism and cooperation. This contagiously optimistic talk will make you rethink the possibilities for our shared future.

What if we replaced politicians with randomly selected people? | Brett Hennig

If you think democracy is broken, here's an idea: let's replace politicians with randomly selected people. Author and activist Brett Hennig presents a compelling case for sortition democracy, or random selection of government officials -- a system with roots in ancient Athens that taps into the wisdom of the crowd and entrusts ordinary people with making balanced decisions for the greater good of everyone. Sound crazy? Learn more about how it could work to create a world free of partisan politics.

In 2011, Teresa Njoroge was convicted of a financial crime she didn't commit -- the result of a long string of false accusations, increasing bribe attempts and the corrupt justice system in her home in Kenya. Once incarcerated, she discovered that most of the women and girls locked up with her were also victims of the same broken system, caught in a revolving door of life in and out of prison due to poor education and lack of economic opportunity. Now free and cleared by the courts of appeal, Njoroge shares how she's giving women in prison the skills, tools and support they need to break the cycle of poverty and crime and build a better life.

At 14, Christian Picciolini went from naïve teenager to white supremacist -- and soon, the leader of the first neo-Nazi skinhead gang in the United States. How was he radicalized, and how did he ultimately get out of the movement? In this courageous talk, Picciolini shares the surprising and counterintuitive solution to hate in all forms.

3 questions to ask yourself about everything you do | Stacey Abrams

How you respond to setbacks is what defines your character, says Stacey Abrams, the first Black woman in the history of the United States to be nominated by a major party for governor. In an electrifying talk, she shares the lessons she learned from her campaign for governor of Georgia -- and some advice on how to change the world. "Be aggressive about your ambition," Abrams says.

History is written by the victors, as the saying goes -- but what would it look like if it was written by everyone? Journalist and TED Fellow Mikhail Zygar is on a mission to show us with Project1917, a "social network for dead people" that posts the real diaries and letters of more than 3,000 people who lived during the Russian Revolution. By showing the daily thoughts of the likes of Lenin, Trotsky and many less celebrated figures, the project sheds new light on history as it once was -- and as it could have been. Learn more about this digital retelling of the past as well as Zygar's latest project about the transformative year of 1968.

Why teens confess to crimes they didn't commit | Lindsay Malloy

Why do juveniles falsely confess to crimes? What makes them more vulnerable than adults to this shocking, counterintuitive phenomenon? Through the lens of Brendan Dassey's interrogation and confession (as featured in Netflix's "Making a Murderer" documentary), developmental psychology professor and researcher Lindsay Malloy breaks down the science underlying false confessions and calls for change in the way kids are treated by a legal system designed for adults.

"Where does it hurt?" It's a question that activist and educator Ruby Sales has traveled the US asking, looking deeply at the country's legacy of racism and searching for sources of healing. In this moving talk, she shares what she's learned, reflecting on her time as a freedom fighter in the civil rights movement and offering new thinking on pathways to racial justice.

Capitalism isn't an ideology -- it's an operating system | Bhu Srinivasan

Bhu Srinivasan researches the intersection of capitalism and technological progress. Instead of thinking about capitalism as a firm, unchanging ideology, he suggests that we should think of it as an operating system -- one that needs upgrades to keep up with innovation, like the impending take-off of drone delivery services. Learn more about the past and future of the free market (and a potential coming identity crisis for the United States' version of capitalism) with this quick, forward-thinking talk.

A vision for the future of Sierra Leone | Julius Maada Bio

When Julius Maada Bio first seized political power in Sierra Leone in 1996, he did so to improve the lives of its citizens. But he soon realized that for democracy to flourish, its foundation needs to be built on the will of the people. After arranging an election, he voluntarily gave up power and left Africa. Twenty years later, after being democratically elected president of Sierra Leone, he reflects on the slow path to democracy, the importance of education for all and his focus on helping young Sierra Leoneans thrive.

In a hopeful talk followed by an empowering performance, musician and TED Fellow Muthoni Drummer Queen shares how industries like music, film and fashion provide a platform for Africans to broadcast their rich and diverse talents -- and explains how the shared experience of creativity can replace attitudes of exclusionism and othering with acceptance and self-love.