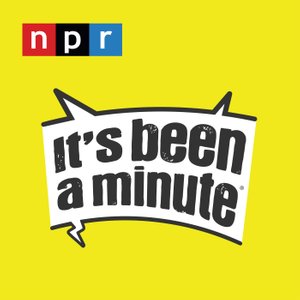 Each week, It's Been a Minute features people in the culture who deserve your attention. Plus weekly wraps of the news with journalists in the know. Join us to make sense of the world through conversation.If you can't get enough, try It's Been a Minute Plus. Your subscription supports the show and unlocks a sponsor-free feed. Learn more at plus.npr.org/itsbeenaminute

Why 'Friends' Remains So Successful — And So Divisive — Even In 2019

The NBC sitcom 'Friends' has been around for 25 years, and its popularity endures. Netflix says 'Friends' was the second most popular show on its streaming platform this year, based on minutes watched, and the show has also struck a chord with a younger generation. What is it about 'Friends' that resonates with viewers, and what does it say about us? Sam Sanders spoke to listeners, reporters and a critic to find out what it is that people love — and despise — about Chandler, Joey, Monica, Phoebe, Rachel and Ross.

Journalist Malcolm Gladwell's best-selling books have explored a wide range of topics from decision making to 'The Tipping Point.' His latest work, 'Talking To Strangers,' takes a look at stories such as the Sandra Bland case, the trial of Amanda Knox and the Stanford rape case to explain why interactions with strangers often go wrong. Sam spoke to Gladwell about his new book at The George Washington University's Lisner Auditorium on Sept. 11, 2019. 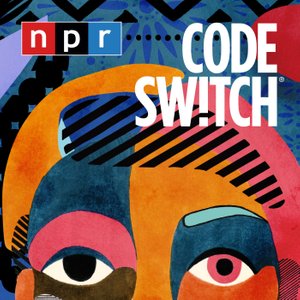 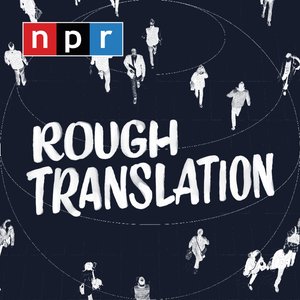 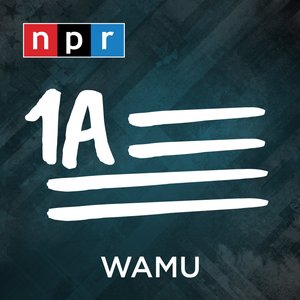 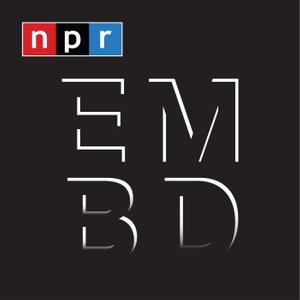 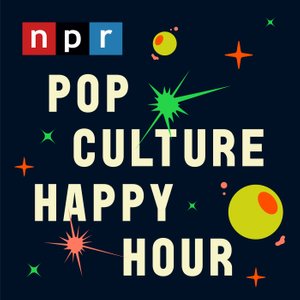 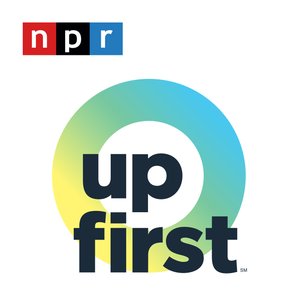 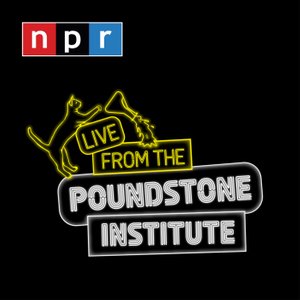 Live from the Poundstone Institute 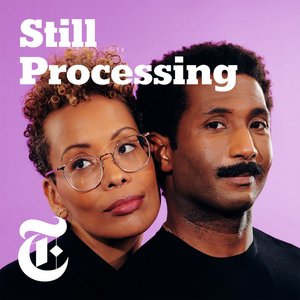 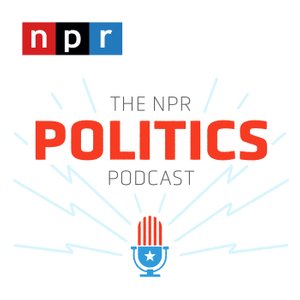 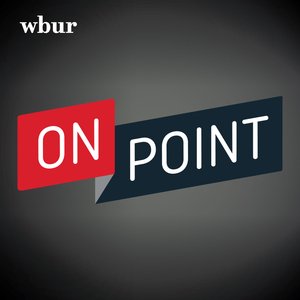 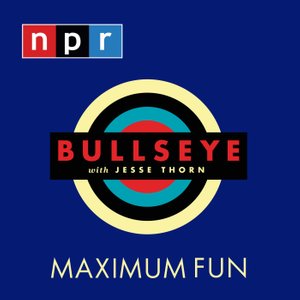 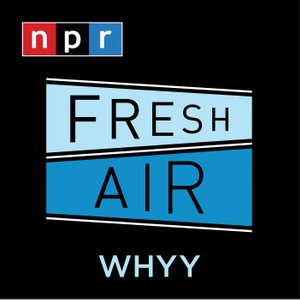 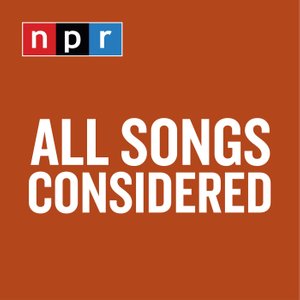 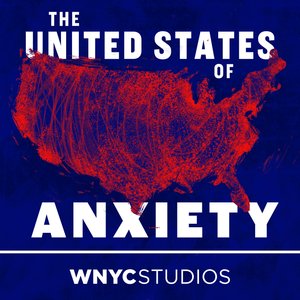 The United States of Anxiety 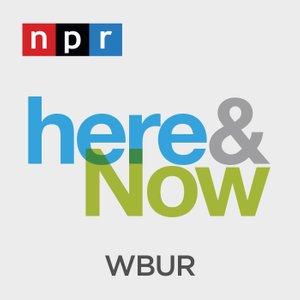 Fab Fiver Karamo Brown takes Sam to church, so to speak, in this episode recorded in front of a live audience at Sixth &amp; I in Washington, D.C. Sam and Karamo spoke about his new memoir, 'Karamo Brown: My Story of Embracing Purpose, Healing, and Hope.' 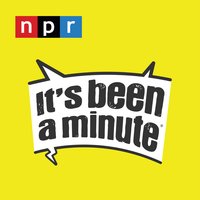 Lena Waithe from 'Master Of None'

Sam talks to producer, writer, and actor Lena Waithe about microwavable pork rinds, growing up in front of the TV in Chicago, transcribing reality television footage, finally making it as a Hollywood writer, powerful storytelling by people of color, and writing and acting in Master Of None with Aziz Ansari. Email the show at samsanders@npr.org and follow Sam on Twitter @samsanders.

Drag is having a moment ⁠— from RuPaul's Drag Race, to DragCon, to drag queens appearing on the big screen. In this episode, we walk through the history of drag, chat with the creative minds of the show that made drag mainstream, and talk to some drag performers about where drag is headed next.

Sam talks to white people — and only white people — about Charlottesville. This episode: UVA history professor Grace Hale, NPR's Sarah McCammon, and developmental psychologist Amy Roberson Hayes, plus some calls to our listeners. Email the show at samsanders@npr.org and follow Sam on Twitter @samsanders.

It's Tuesday. Sam talks to Dan Levy about the comedy series he co-created with his father, actor Eugene Levy. They discuss why Dan has always had to pay his own way, choosing to make his character on "Schitt's Creek" pansexual, and what he doesn't miss about working as a host for MTV. And, uh, Beyonce may have come up, too. Email the show at samsanders@npr.org or tweet @NPRItsBeenAMin with your feedback.

Elise Hu steps in for Sam this week, from member station WBEZ in Chicago. She's joined by NPR's Peter Sagal, host of 'Wait Wait...Don't Tell Me!', and Greta Johnsen of WBEZ's 'Nerdette' podcast. They discuss Harvey Weinstein, the Hollywood producer now on trial in New York for sex crimes. Plus, an Iranian-American writer shares her perspective on decades of disputes between Iran and the U.S. Also, Peter tries to get off Twitter.

Jonathan Van Ness stepped into the spotlight in 2018 as a walking, talking bundle of energy, optimism and fierceness on the Netflix reboot of Queer Eye. But in his new memoir, Over the Top: A Raw Journey to Self-Love, Van Ness writes about how life wasn't always like that for him. He recounts growing up and dealing with hardships such as childhood trauma, depression, drug use, sexual compulsion, being diagnosed HIV-positive and more. Van Ness spoke to Sam Sanders about why he decided to write about it all, how he's dealt with troubling moments in his life and how Queer Eye has changed things. This episode includes discussion of sensitive topics and language that some listeners may find offensive.

Senate Republicans have introduced a bill that would expand online and other surveillance of American schoolchildren, in what they call an effort to prevent mass shootings and other violence. But is that type of surveillance effective — and what does it mean for privacy? Plus, news of a book purportedly written by a Trump administration insider, who last year published an anonymous New York Times op-ed about resisting the President's agenda. Service-industry employers such as Chipotle are expanding college tuition benefits to attract workers and reduce turnover. Sam speaks to a Starbucks employee who is close to finishing her degree through that company's program and asks whether most employees can actually take advantage of these benefits. Sam is joined by NPR education correspondent Anya Kamenetz and NPR arts editor Rose Friedman.

Weekly Wrap: "He Is Perfect."

To mark National Coming Out Day on Oct. 11, Sam examines the history, meaning and future of coming out with University of Nevada, Las Vegas professor Marcia Gallo and E. Patrick Johnson of Northwestern University. He also shares coming out stories from listeners and swaps stories with NPR film critic Bob Mondello. Tweet @NPRItsBeenaMin with feels or email samsanders@npr.org.

It's Tuesday: Skogland is the only woman nominated for best directing (drama) at next month's Emmy Awards. She explains the care and craft behind directing such dark and intense material, and what Hollywood could do right now to increase the number of female directors. Tweet @NPRItsBeenaMin with feels or email samsanders@npr.org.

Financial journalist Hannah Seligson and Aminatou Sow from the podcast 'Call Your Girlfriend' join Sam to discuss why more and more millennials are financially intertwined with their parents — and why it's so hard to talk about. Listeners call in. Sends thoughts to samsanders@npr.org.

Friday Wrap: "Get Over Yourselves."

'This American Life' reporter Zoe Chace and 'Reply All' host PJ Vogt join Sam to talk through the week that was: Chris Christie in the sun, North Korea, CNN and the President, the anniversary of the Dallas police shooting, wealthy Republican donors, hacking in the Ukraine, Hobby Lobby, plus a call to a small business owner in Illinois and the best things that happened to listeners all week. Email the show at samsanders@npr.org and follow Sam on Twitter @samsanders.

The fast-moving coronavirus has turned up in more than 40 countries, and now it's affecting the global economy. Sam talks to two reporters from Marketplace about the financial impact of the virus. Marielle Segarra details how consumers might feel its consequences, while Reema Khrais, host of the podcast This Is Uncomfortable, explains how the US government is trying to respond. Then, Sam talks to Mark Cuevas, a contestant on the Netflix show Love Is Blind, about his time on the show. He follows up that conversation with Washington Post TV critic Hank Stuever, to break down the popularity of shows where contestants can't see each other.

It's Tuesday. The Grammy-nominated solo artist and Maroon 5 keyboardist joins Sam to talk about his album "Christmas With PJ Morton," a soulful take on Christmas classics. They also discuss PJ's childhood and his father, the famous preacher and gospel singer Paul S. Morton; what makes a classic holiday song; working with Stevie Wonder; and Maroon 5 possibly playing the Super Bowl. Tweet @NPRItsBeenaMin with feels or email samsanders@npr.org.

Disney launched its highly anticipated streaming service, Disney+, this week and added a message to viewers that some of its older material may include outdated or offensive content or cultural images. A trial of a four-day workweek in Japan showed signs of increasing productivity — could something similar succeed in a country like the United States? And as the nation turns its focus to the now-public impeachment hearings of President Donald Trump, Sam talks with Leon Neyfakh, host of seasons one and two of the podcast 'Slow Burn.' In those episodes Neyfakh recounted the Senate Watergate hearings into President Richard Nixon and the impeachment hearings of President Bill Clinton. He talks to Sam about similarities and differences to what's happening now. Sam is joined by BuzzFeed senior film reporter Adam B. Vary and host of NPR's 'The Indicator' podcast Stacey Vanek Smith.

The Atlantic staff writer Adam Serwer explains how racism and white nationalism were deeply embedded in America not just from its founding, but throughout the 20th century — and how one man corralled those ideas into a grand pseudo-scientific theory that influenced U.S. immigration policy and eventually Nazi Germany. His article about that man, Madison Grant, is called "White Nationalism's Deep American Roots." Email the show at samsanders@npr.org

It's Tuesday: two White House reporters join Sam to talk about life behind the scenes covering the Trump administration: Katie Rogers of the New York Times (@katierogers) and Geoff Bennett of NBC News (@GeoffRBennett). Tweet @NPRItsBeenaMin with feels or email samsanders@npr.org. Tickets to our October 2 live show in LA are at kp.cc/IBAM.