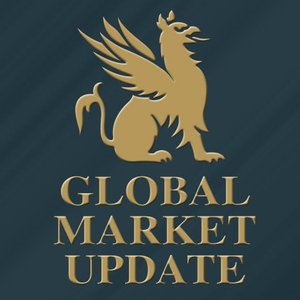 Money Basics, a source for information about your finances. 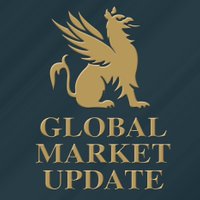 How often should we rebalance our portfolios? Photo: Alberto 1412. Source: Wikimedia Many people have balanced portfolios. And it’s a good idea to divide our assets between stocks, bonds, real estate, and cash. You never know what’s coming up next. But when one asset grows or shrinks a lot compared with the others, our portfolios can begin to look out of balance. When should we even things up? Rebalancing a portfolio is generally a good move. It […]

Time to Wake Up?

When does your alarm go off? Illustration: Sun Ladder. Source: Wikipedia Henry David Thoreau once wrote, “The mass of men lead lives of quiet desperation.” Today, he might say, “Most people are asleep.” In the early 19th century folks had to fight just stay alive: to feed, clothe, and keep themselves and warm and dry. Today, life isn’t so grim. We don’t struggle with starvation any more. Indeed, most of our diseases are ones of overabundance, not […]

Do we need more STEM students? Lunar Landing Research Vehicle in flight. Source: NASA That’s what a lot of people think. And as a science major myself, the husband of a science major, and the father of four science majors (so far), I certainly believe in the utility and importance of studying science in college. It helps students develop many important skills. But some proposals to provide special encouragement for kids to study science seem misguided, like […]

The Power of the Edge

Borders are important. Mobius strip. Photo: David Benbennick. Source: Wikipedia I live in a border town. Hanover, New Hampshire lies directly across the Connecticut River from Vermont. Up and down the river, there’s a lot more development on the New Hampshire side of the Connecticut than on the Vermont side. This didn’t used to be the case. 150 years ago, villages on one side of the border were just as big as the other side. And Vermont […]

What we call things is important. Photo: Victor Hanacek. Source: Picjumbo How items are defined can have real-world implications on how they’re treated. Consider the latest changes in the tax code. Individuals can now only deduct up to $10,000 of the State and local taxes they pay. So high-income people in high-tax states like New York, California, and Vermont could end up paying more on their Federal income taxes than they would if they lived in a […]

The Beauty of Simplicity

Simple rules beat complex algorithms. “Sunrise Over the Eastern Sea” by Fujishima Takeji. Source: Google Cultural Institute There’s something deeply relaxing about great art. It draws us into the artist’s vision, and communicates a world view without tying us up in endless speculations. The greatest works of art seem to accomplish this effortlessly: the Mona Lisa’s inscrutable smile; the Sistine Chapel’s celebration of the classical beauty of our human frame; Monet’s lilies in their reflecting pool. They […]

Are markets efficient? Photo: Ralf Roletschek. Source: Wikimedia Commons. CC-BY-SA 3.0 When I was studying finance, one of the most hotly debated notions was the Efficient Market Hypothesis. It’s like salsa: in comes in mild, medium, and strong forms, and everyone has an opinion – they like it, they hate it, they base multi-billion dollar businesses on it. At its heart, the Efficient Market Hypothesis says that markets incorporate information into their pricing mechanism. It’s hard to […]

What is mercantilism? Spanis seaport by Claude Lorrain. Source: Wikimedia Mercantilism is a national economic policy designed to maximize the accumulation of currency reserves through trade. It promotes government regulation of an economy to augment a nation’s economic power at the expense of rival national powers. When politicians complain about a nation’s trade balance, they’re looking at the world with mercantilist glasses. Mercantilism becomes more popular when a country suffers from repeated shortages. If a country doesn’t […]

What is the corporate impact of tax reform? Public Domain. Source: Wikimedia The new tax law is on the books, and most people will be looking at their paychecks to see how the new rates will affect them personally. But the biggest impact of the law will be on corporate taxes. After all, going into 2017 there was a broad consensus that our highest-in-the-world corporate tax rates needed to be reformed, with a lower statutory rate and […]

What is Artificial Intelligence of Things? Photo: Xavier Caré. Source: Wikimedia Commons. CC-BY-SA 4.0 We know what artificial intelligence is. That’s when computer algorithms can beat us at checkers or chess, or help manage freight train traffic through Chicago. And people understand the internet of things, where a smart-thermostat talks to a motion sensor at home and turns down a room’s heat if there’s nobody in there. But what is the AI of things? There are lots […]