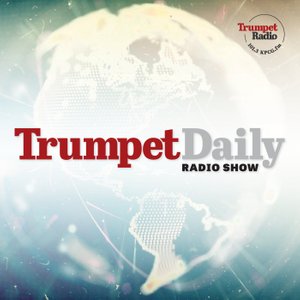 [00:30] The Dying U.S. Economy (29 minutes)Democrats across the board are admitting that the U.S. economy is caving. “We don’t have the economy on our side as Democrats,” said Donny Deutsch on MSNBC earlier this week. U.S. Energy Secretary Jennifer Granholm blames America's economic woes on Vladimir Putin, but as Sen. Josh Hawley noted during an energy hearing in the Senate, gas prices had been rising “long before Putin invaded Ukraine.” Meanwhile, the U.S. Department of the Interior is planning to prevent all future oil and gas leases in an effort to stop American drilling companies. [29:25] Bible Study: Purpose of the Church (25 minutes)Traditional Christianity would have one believe that the purpose of the Church is to save as many people today as possible from hellfire. But what does the Bible say? In today’s study, we examine what Jesus Christ taught about the true purpose of the true Church He established.

#1774: Dems Getting Desperate as Economy Falters

[00:30] Republican ‘Replacement Theory’ (22 minutes)“We don’t have the economy on our side as Democrats,” Donny Deutsch said yesterday on MSNBC. “So you have to scare … people.” How are Democrats hoping to do this? They are touting Republican “replacement theory,” claiming Tucker Carlson and the Republican Party intend to turn America into a full-fledged white supremacist nation. [22:30] Disinformation Board on Pause (9 minutes)It was first leaked by Politico last month that Nina Jankowicz was selected to be the head of the Department of Homeland Security’s disinformation board. After major disapproval from the American people, Jankowicz is now stepping down from her intended position in the U.S. government, and the formation of the disinformation board is on hold indefinitely. [31:40] Biden’s Broken Economy (13 minutes)The inflation rate for the last three months has been upward of 9 percent, with gas prices averaging more than $4 in all states across America. Donald Trump predicted this economic fiasco in 2020 during the U.S. presidential debates with Joe Biden. “If [Biden’s] elected, the stock market will crash,” Mr. Trump predicted. “You’ll have a crash like you’ve never seen before.” The fulfillment of his prediction now appears imminent. [44:45] Bible Study: True Education and the Bible (10 minutes)In a world where morals and ethics are in rapid decline, where can we go for true and hope-filled education? In this segment, we discuss how the Bible is a book for our day, more pertinent now than at any other time in human history. 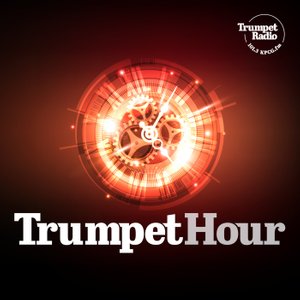 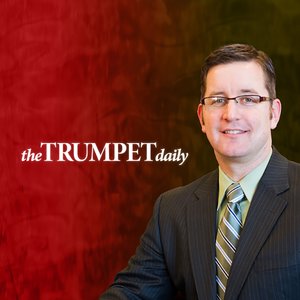 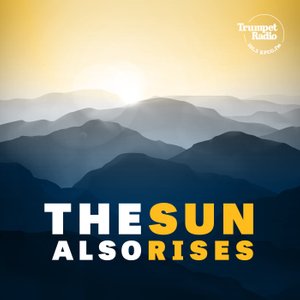 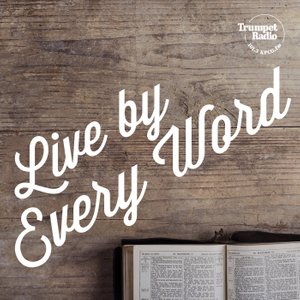 Live by Every Word 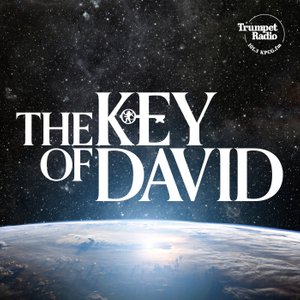 The Key of David 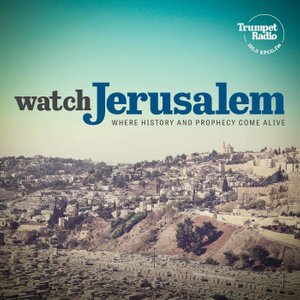 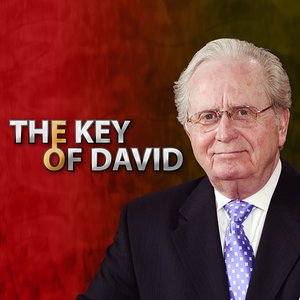 The Key of David (Video) 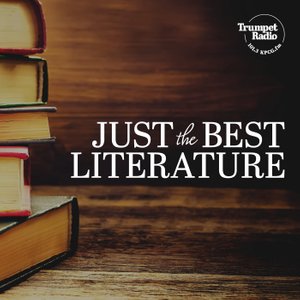 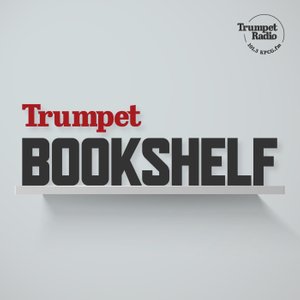 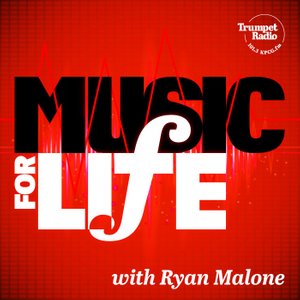 The Key of David (Audio) 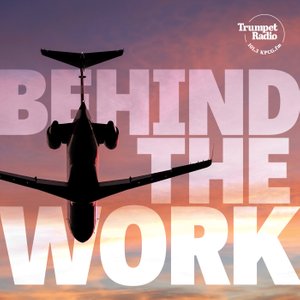 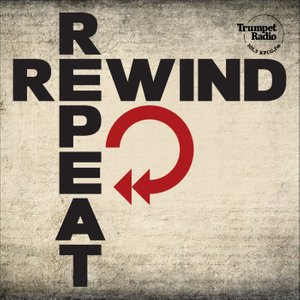 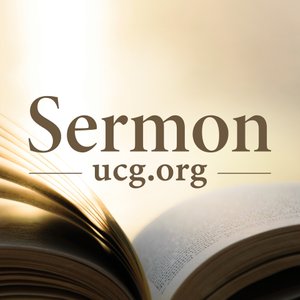 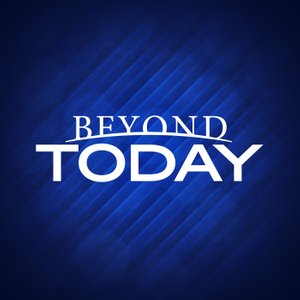 #1773: Biden Denounces ‘White Supremacy,’ but Is Anyone Listening?

[00:30] Biden Goes to Buffalo (15 minutes)When Darrell Brooks Jr. plowed through a Christmas parade in Waukesha, Wisconsin, last year, the White House claimed Joe Biden couldn’t go to Waukesha to visit the victims of this tragedy because it would require too many “assets” and “resources.” Republican senator from Wisconsin Ron Johnson commented on Biden’s recent trip to Buffalo, saying, “Within hours of the most recent senseless tragedy, the White House apparently found the resources to plan a presidential trip to Buffalo.” Why the discrepancy between the two massacres? [15:40] Black Lives Matter Scandal (10 minutes)Founders of Black Lives Matter are being investigated for using donated funds to line the pockets of their closest family members. Yesterday, Joe Biden smeared conservatives in the media and politics saying, “I condemn those who spread the lie for power, political gain and for profit.” Biden should turn some of that anger toward the con artists at Black Lives Matter. [25:10] Bible Study: Why the Feast of Firstfruits? (29 minutes)During his final Pentecost message, Worldwide Church of God leader Herbert W. Armstrong told Church members that most of them didn’t understand exactly why they were called into God’s Church today—out of season during this present evil world. In today’s Bible study, we review what Mr. Armstrong taught in that Pentecost message and what we as Church members are purposed by God to do as the “first fruits” of His divine, spiritual Family.

[00:30] Tucker Carlson: Mass Murderer? (34 minutes) “Tucker Carlson is a leading ideologue in the white supremacist movement,” said Democratic Sen. Dick Durbin yesterday at the U.S. Senate. “Ten people died in Buffalo,” Durbin continued. “Will Tucker Carlson take 10 minutes to say he’s sorry for any role he might have played in that outcome?” The radical left is using the Buffalo massacre as a cause for de-platforming America’s most-watched conservative news talk show host. [34:50] Abraham Lincoln and the Bible (20 minutes) American author Carl Sandburg said of Abraham Lincoln, “He often used Bible language.” Lincoln himself said of the Bible, “In regards to this Great Book, I have but to say, it is the best gift God has given to man.” Lincoln’s history with the Bible is evidence that God shaped his life and presidency in order to save America from sure destruction.

#1771: The Spiritual Dimension Behind the Mass Shooting in Buffalo

[00:30] Buffalo Mass Shooting (29 minutes)Saturday afternoon, a young white man targeting black people shot 13 innocents at a supermarket in Buffalo, New York. Three people were wounded, and 10 were brutally murdered, including an 86-year-old grandmother. Why is it that mass shootings so frequently occur in our world today? What is the spirit behind these murderous killing sprees? [29:10] AC Graduation Commencement Address (26 minutes)In sharp contrast to the thick darkness enveloping our world today, the 21st annual graduation ceremony of Herbert W. Armstrong College was held here yesterday in Edmond, Oklahoma. In this segment, we share a recording of Trumpet managing editor Joel Hilliker’s commencement address delivered to the AC graduates.

[00:30] Biden’s Price Hike (16 minutes)Two months ago, Joe Biden announced that he would release a record amount of oil from America’s strategic reserves. The price of oil has continued to rise ever since, and now there’s a diesel shortage, which is causing gas prices to rise even further. Then this week, the Biden administration announced it was canceling some of the largest leases for oil drilling in Alaska and the Gulf of Mexico. Biden's war on American energy continues. [16:55] Baby Formula Crisis (11 minutes)Baby formula is in low supply in stores across America, leaving millions of parents struggling to feed their infants. In contrast, there is no shortage of fentanyl and other lethal drugs spewing across the U.S. border. Speaking to reporters on Thursday, Florida Republican Michael Waltz noted that in Biden’s America, “It’s easier to get a crack pipe in a government-funded smoking kit than it is to find baby formula.” [28:00] Dooming the U.S. Economy (9 minutes)Biden’s push to send financial aid to Ukraine comes amid 40-year high inflation rates in America. Gasoline alone is up 48 percent, and energy prices are up 32 percent over last year. Sen. Rand Paul put it best: “We cannot save Ukraine by dooming the U.S. economy.” [37:15] Bible Study: How to Be Blessed (17 minutes)Just as the ancient nation of Israel experienced many curses for its disobedience to God’s perfect laws, so too have many Americans received curses for their disobedience to God. If we obey and serve Him, on the other hand, God will give us every blessing we could ever hope for—and so much more.

[00:30] Biden’s Economic Disaster (9 minutes)When Joe Biden was debating President Donald Trump in 2020, he said he would “build back” the American economy “better” than Donald Trump ever did. Today, 18 months later, the U.S. economy is worse than it has been in decades, and Americans are growing frustrated and angry. [09:55] $40 Billion More for Ukraine (9 minutes)Yesterday, Democrats rushed a $40 billion Ukraine aid package through to the U.S. Senate. Speaker of the House Nancy Pelosi told Americans that when they think about this out-of-control spending package, just think of what Jesus said about feeding the hungry. [18:40] Banning 2,000 Mules (18 minutes)Fox News has banned any mention of Dinesh D’Souza's documentary 2,000 Mules. It wasn’t that long ago that Fox News denounced the legacy media for banning any mention of the Hunter Biden laptop story in the lead-up to the 2020 U.S. presidential election. “Both are important, legitimate stories,” D’Souza tweeted yesterday. “So what’s the difference?” [36:35] Bible Study: Blessings and Curses (22 minutes)Throughout the Bible, God’s message is clear: We are blessed for obedience, and we are cursed for disobedience. Moses’s third sermon in the book of Deuteronomy magnifies this unchangeable truth.

[00:30] European Parliament and Interpretive Dance (12 minutes)Earlier this week, European Parliament began a meeting with an unusual display of interpretive dancing. While it may seem laughable, the European Union is not a laughingstock. Serious changes are underway. [12:05] The Euro Crisis 2.0 (12 minutes)In recent months, Germany has been the only European nation to decrease its national debt, but inflation is now posing a huge threat to its economic security. Europeans are becoming increasingly worried about the imminent euro crisis, and German Chancellor Olaf Scholz is reluctant to rescue Europe from it. [24:05] Nazi Spirit Still Alive in Germany (18 minutes)“[I]n the midst of our society is a big anti-Semitism, and this is growing again,” said German author and journalist Niklas Frank in a 2017 interview with theTrumpet.com managing editor Brad Macdonald. Though Germany has not initiated war for more than 70 years, history shows that it can radically and abruptly change under the proper conditions—conditions we are seeing in Europe today. [42:40] Unchecked Bill (5 minutes)Yesterday, the Biden administration presented a bill to the U.S. Senate that would provide $40 billion in financial aid to Ukraine. This amount is almost equivalent to the entire annual military spending of Australia—and no one knows what’s in it. [47:05] Bible Study: God’s Spiritual Harvest (7 minutes)The feast of Pentecost is also known as the “feast of firstfruits” in the Bible. In this segment, we explain how the spring and fall harvests of ancient Israel beautifully help depict God’s master plan of salvation for all mankind!

#1767: Fox News: ‘Everybody Knows’ Ballot Boxes Are Ripe for Fraud

[00:30] ‘Ripe for Fraud’ (39 minutes)On his show last night, Jesse Watters admitted, “[T]he ballot boxes are just ripe for fraud. Everybody knows that with common sense.” That said, Watters made no mention of Dinesh D’Souza’s film 2,000 Mules, which actually exposed ballot box fraud in the 2020 presidential election! On another Fox News show last week, Tucker Carlson's producers specifically told founder of True the Vote, Catherine Engelbrecht, not to mention D’Souza’s documentary during a segment. So Fox News will discuss ballot box fraud but not D’Souza’s film—why? [39:10] Bible Study: Obedience to God’s Law Leads to Blessings (15 minutes)The strength and success of ancient Israel depended on its obedience to God's laws, statutes and judgments. For spiritual Israel, God’s Church today, our prosperity and strength are also directly connected to our faithful observance of God’s perfect laws!

[00:30] Mark Esper Admits to Treason (26 minutes)Mark Esper, who was the U.S. secretary of state under Donald Trump, told Norah O’Donnell with 60 Minutes that he and Gen. Mark Milley “prevented” Donald Trump from “military action” during his presidency. “These [military] ideas would happen … every few weeks … and we’d have to swat ’em down.” Esper has waited 18 months before making these treasonous comments publicly—perfectly timed for his upcoming book. And Esper, though praised on the left for standing up to Mr. Trump and preventing the United States from going to war, totally supports Joe Biden's escalation of conflict in Ukraine. [26:15] Radical Left Mob (9 minutes)Mobs are aggressively protesting outside the homes of Supreme Court justices Sam Alito and Brett Kavanaugh in an attempt to intimidate them into leaving Roe v. Wade as is. “For a lot of people,” said one CNN talking head, “a conversation about civility feels like it misses the mark.” To the radical left, violent unrest is justified if it promotes their radical agenda. [35:30] Bible Study: Living in Harmony With God and Fellow Man (19 minutes)If we apply God’s spiritual laws, it will bring order and harmony into our lives. We’ll live in harmony with God and with fellow man!

© 2020 OwlTail All rights reserved. OwlTail only owns the podcast episode rankings. Copyright of underlying podcast content is owned by the publisher, not OwlTail. Audio is streamed directly from Philadelphia Church of God servers. Downloads goes directly to publisher.