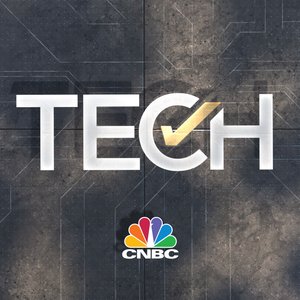 TechCheck is home to the boldest ideas and most influential names in the tech industry. The bi-coastal program dives deep into stocks focused on new technologies and trends while highlighting the latest news out of iconic companies, FAANG heavyweights, social media darlings, streaming giants, red-hot disruptors and more. Every weekday, TechCheck offers investors compelling, in-depth reporting, analysis and news-making interviews from the most notable and disruptive founders and CEOs in the tech industry that will chart the future of the global economy. The daily podcast is hosted by CNBC’s Jon Fortt and Carl Quintanilla on the East Coast and Deirdre Bosa on the West Coast and features CNBC’s Senior Media &amp; Entertainment Reporter Julia Boorstin from Los Angeles. 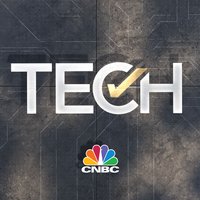 To start off the show, our anchors break down Alphabet, Apple and Microsoft earnings all released after the bell yesterday. Then, Duolingo CEO Luis Von Ahn joins in a First on CNBC Interview as the company makes its market debut today. Staying on the topic of IPOs, CNBC’s Kate Rooney covers all the risks to Robinhood ahead of its public debut. Then, CNBC’s Julia Boorstin covers the highlights from Spotify’s earnings report after speaking with CEO Daniel Ek on the quarter. Plus, LinkedIn CEO Ryan Roslansky joins in a rare interview after the social media company hit $10 billion in revenue for the fiscal year. We also discuss Senator Elizabeth Warren’s latest comments on crypto regulation.

Our anchors discuss upcoming Big Tech earnings to start off the morning. Then, Bernstein Analyst Toni Sacconaghi joins to further break down Tesla earnings released yesterday and what to expect from Apple earnings tonight. We also have Cloudflare CEO Matthew Prince after the company called out Amazon Web Services’ high pricing. Next, CNBC’s Julia Boorstin joins to interview SiriusXM CEO Jennifer Witz post-earnings. Later, Margins Editor Ranjan Roy is here to break down the sell-off in Chinese stocks as the government’s crackdown reaches more industries. Then, CNBC’s Brian Sullivan joins from Mountain Pass, California to cover our surprising reliance on magnets to make tech products. We also have all the latest details on regulation in the crypto space. Plus, don’t miss the story on SEC Chair Gary Gensler opening a Twitter account.

Our anchors kick off this Monday morning with the sell-off in China stocks as the crackdown continues. Former Cisco CEO John Chambers joins to share his thoughts on the tech clampdown. We also have the details on Bitcoin picking up steam over the weekend after Amazon announced it is searching for an executive to develop its digital currency strategy. Then, MKM Partners Tech Analyst Rohit Kulkarni joins to discuss Robinhood’s upcoming IPO following its Roadshow event over the weekend. Later, author of “Ludicrous: The Unvarnished Story of Tesla Motors” Ed Niedermeyer joins to share his thoughts on Tesla ahead of earnings. Plus, we have the story on Cloudflare taking aim at AWS for its high prices.

Breaking Down Snap and Twitter Earnings, Intel CEO on the Quarter & Mark Zuckerberg and the Metaverse

Our anchors kick off this Friday morning with all the details on Intel, Snap and Twitter earnings reported after the bell yesterday. Then, RiverPark Funds Co-CIO Mitch Rubin is here to further discuss social media stocks. Next, CNBC’s Eunice Yoon covers the developing story on China’s crackdown on ed-tech with related stocks plummeting over 50 percent today. Plus, we hear from Intel CEO Pat Gelsinger on the quarter, the chip shortage and much more. We also have “Platformer” Editor Casey Newton join to discuss Mark and the metaverse after Newton’s recent interview with Mark Zuckerberg. Later, we have the story on delivery startup Gopuff set to close a $1 billion funding round valuing the company at $15 billion. And also, CNBC’s Phil LeBeau joins to interview Magna International CEO Swamy Kotagiri on the company’s recent acquisition of driver assistance supplier Veoneer.

Our anchors start off the morning with the latest street calls on Airbnb and Microsoft. Then, Nuveen CIO Saira Malik joins to share her top tech picks amid earnings season. Next, Okta CEO Todd McKinnon joins to discuss the future of work, cybersecurity and much more. Plus, we check-in on crypto following the B Word Conference’s kickoff yesterday. Later, HBO Max EVP and General Manager Andy Forssell is here to discuss the company’s growth and strategy following AT&amp;T’s earnings report released this morning. Then, we preview what to expect from Intel earnings slated for after the bell today. We also have the details on Clubhouse scrapping its invite only model and opening its doors to all users. And later, Uber Freight CEO Lior Ron is here to speak about Uber’s acquisition of Transplace announced this morning.

Our anchors kick off the morning with all the details on Netflix’s earnings released last night. Then, Protocol Reporter Ben Brody joins to speak about President Biden’s nominee for Chief of the DOJ’s Antitrust Division. Brody first reported that the Biden Administration was considering nominating Jonathan Kanter back in April. We also have CNBC’s Dom Chu cover FANG stock valuations after Leon Cooperman stated he is still bullish on the names. Next, Evercore ISI’s Mark Mahaney joins to further break down Netflix’s earnings report. Plus, we cover digital collectible racehorses- the latest NFT trend. Later, we hear from Wall Street Journal Reporters and Authors of new book “The Cult of We,” which details Adam Neumann’s WeWork and its fall from a $47 billion valuation. And also, we hear from Carbon Health CEO Eren Bali on the company’s latest $350 million funding round.

Our anchors kick off the morning with CNBC’s Mike Santoli on the broader market after yesterday’s sell-off. Then, CNBC’s Morgan Brennan has the story on Jeff Bezos’ trip to the edge of space ahead of his press conference. We also hear from GlobalFoundries CEO Thomas Caulfield on the Intel acquisition rumors and the company’s plans for an IPO. Then, we have the story on Apple pushing back its return to work plans amid a surge in coronavirus cases. Later, Cambria Investments’ Meb Faber joins to discuss where he sees opportunity following yesterday’s market drop. Next, CNBC’s Kate Rooney is here with all the details on Square’s newest traditional banking features. And don’t miss Jeff Bezos and the Blue Origin Crew speak about their space flight experience in a news conference.

Our anchors kick off the morning with CNBC’s Mike Santoli on the market drop and recent moves in mega-cap tech. Then, Wilmington Trust’s Meghan Shue joins to further break down the market sell-off today. Next, New York Times Contributor and “Sway” Podcast Host Kara Swisher joins to discuss President Biden’s criticism of social media due to its role in spreading vaccine misinformation. We also have Satori Fund’s Dan Niles weigh in on the market sell-off and where he is exiting positions. Later, CNBC’s Leslie Picker is here with the story on Bill Ackman’s Pershing Square Tontine dropping the deal to buy 10% of Universal Music. Then, CNBC’s Kate Rooney is here to interview Andreessen Horowitz Partner Arianna Simpson after she was promoted today to co-lead the firm’s latest $2.2 billion crypto fund.

Our anchors, joined by guest anchor Joanna Stern from the Wall Street Journal, kick off this Friday morning with news on Square getting further into the crypto game. Then, Mizuho Managing Director Dan Dolev is here to speak about his latest research note claiming that buying Square is like buying J.P. Morgan in 1871. Next, Bernstein’s Stacy Rasgon joins to break down the latest on chip stocks as Intel explores a deal to acquire Global Foundries. Later, Pinboard Founder Maciej Ceglowski is here to discuss Chinese tech stocks and the broader crackdown in China. We also have all the details on Apple’s employees pushing back against the return to office. And later, CNBC Tech Reporter Jennifer Elias is here to cover the story on Google parting ways with its Cloud VP after he published a bizarre manifesto on LinkedIn.

CNBC’s Mike Santoli joins our anchors this morning to outline where there may be fragility in the tech stock rally ahead of earnings. Then, CNBC’s Julia Boorstin is here with the stories on Netflix’s push into gaming and Facebook’s plans to pay content creators over a billion dollars by the end of next year. Next, Khosla Ventures Founder Vinod Khosla joins to discuss Big Tech’s dominance as companies like Apple make their way into new industries. Later, we have the details on Cathie Wood’s Ark Fund exiting positions in Chinese tech. Plus, CNBC’s Phil LeBeau is here to interview Aurora CEO Chris Urmson on the autonomous vehicle startup’s SPAC merger. Also, Castle Island Ventures Partner and Coin Metrics Co-Founder Nic Carter is here to talk all things crypto after the co-creator of Dogecoin tweeted his rationale for why he will not return to cryptocurrency.

© 2020 OwlTail All rights reserved. OwlTail only owns the podcast episode rankings. Copyright of underlying podcast content is owned by the publisher, not OwlTail. Audio is streamed directly from CNBC servers. Downloads goes directly to publisher.