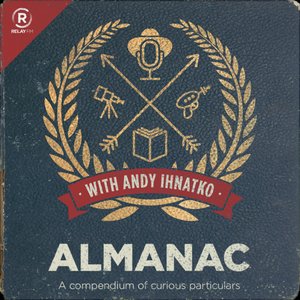 Each episode of Almanac delivers a multi-course collection of conversations and presentations about current events, the arts, technology, and society. You’ll never know what you’ll find inside, but you’ll find it interesting. Hosted by Andy Ihnatko. 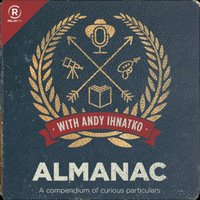 It's the new podcast! And be honest: did you ever get much done on your first day at a new job? So let's just all watch the training video and learn how the coffee machine works. AND get Sherri's little talk about how there's a system for the coffee mugs and it's a good system and it works and she certainly hopes you aren't here to cause trouble, like the person you were hired to replace...the one who seems to have disappeared. Oh, and Trump seems to have been elected just as I was about to post the show. And there was a microphone present. So you get to hear about my mental state as this was happening. Links and Show Notes I think the news of this week has underscored that a written plan is the sound of God laughing. I had actually hoped to launch the show over the summer. But Stuff -- and the lack of an actual deadline -- got in my way. So I merrily spent the warm weather recording interviews and fine-tuning my ideas and goals for the show. We finally had November 9 locked down. I'd chosen to launch with my conversation with Jason Snell about writing, using National Novel Writing as my excuse. The whole thing was finished. All I needed to do was spend ten minutes recording a final wrap, and then export the file and put it on Relay's servers for its customary white-gloved inspection. But just before that trivial bibbling, I fired up the Web to see what how badly Trump had been beaten. Yah. I need to talk, and you, dear listener...were just there. Don't take it personally. It's ironic that this first episode should be so very long, and so very...unedited. I spent the whole summer thinking about what I wanted Almanac to be. Two of the words on that list were "brief" and "edited." Forgive me if Show 0001 makes a poor first impression. As I write this, it's 4 AM...roughly 90 minutes since I opened that page on the New York Times' site and 88 minutes since I thought "Oh, wait: I bet I mistyped the URL and it took me to 'NYRIMES.com,' which was set up with this joke headline." A Trump victory still seems hard to believe. Many people -- myself included -- need to face that fact that if it seemed like an impossibility, then that was our failure to understand Trump voters as individuals and to give in to the impulse to glob them all together as a single stereotype. The clownish Trump supporters weren't typical; they were merely telegenic. Clearly, there are many Americans who believe in religious freedom, who admire the ethic of the immigrant, who considers themselves and their children to be quite safe here in the land of the free and the home of the brave...but who are nonetheless so fundamentally dissatisfied with the country as they have come to understand it that they thought a drastic change was necessary. Yes, even as drastic as this. I'm probably going to stay away from the news for the next couple of days. I'm not in a state of denial. I just don't have the energy for the sort of statements that will surely be made by both camps over the coming week. The next four years will be an important therapy session for us all.

© 2020 OwlTail All rights reserved. OwlTail only owns the podcast episode rankings. Copyright of underlying podcast content is owned by the publisher, not OwlTail. Audio is streamed directly from Relay FM servers. Downloads goes directly to publisher.