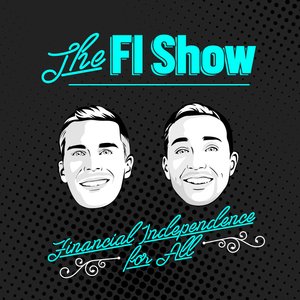 Financial Independence For All 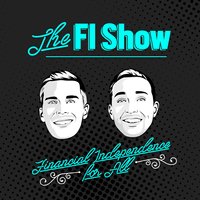 In today's episode, Cody and Justin are joined by  James and Emily from Rethink the Rat Race who have one of the quickest journeys to financial independence you'll ever find.Living in Huntsville, Alabama they find themselves in one of the best real estate markets in the country for rental properties. They took that opportunity and ran with it.In 2017 they bought their first rental property and two years later they hit their 11th property and are now ready to retire this summer!Cody and Justin are both great friends with this duo and this is definitely a can't-miss episode.So go take a listen, leave that 5-star review and give us some feedback!Episode Summary James and Emily both had frugal backgrounds with James especially being on the really low end of the income spectrum They met at a local community college and James got his college mostly paid for through financial aid James ended up changing his major 4 times before eventually acquiring an associates degree Emily wasn’t eligible for financial aid due to her Dad’s income but her parents did pay for her first two years She ended up being able to pay off the final two years herself so they both graduated debt free Emily would take a job starting at $60k and James was at $35k per year in Huntsville, Alabama Even though they were in an affordable area with $95k of incomes, they weren’t saving a dime They said they were happy with there life but weren’t spending money intentionally but looking back they can see that they’re so much happier with their life now James was at work one day and someone said they came across a website that had changed their lives which turned out to be Mr. Money Mustache James immediately went all in and came home adjusting water heaters and laying down all these things they were going to cut from their lives...probably too aggressively he’ll admit This was 2016 when they discovered this idea of financial independence They estimate they cut their expenses down to $35k the next year after discovering the topic and have since cut it to closer to $12k Emily discusses how changing lifestyles can affect friend groups and social connections After cutting their expenses down as low as they could they looked to accelerate their path even more through real estate investing We go over their processes in finding properties and getting them ready to rent You’ll get a taste of James fantastic knack for negotiating They bought their first property in Summer of 2017 and have since hit 11 properties Most of these units were had for under $50k and all of them bring in over 1% of the cost back via rent Example: $50k house that brings in $500 is bringing in 1% every monthAll of the homes were bought using traditional mortgages Now they have enough money cash flowing every month to cover over 2x their expenses This has accelerated their path so fast that they’re now looking to retire in September That’s a 2-year path to financial independence!On top of real estate, they’re also maxing out one 401k and both IRAs Emily’s family owns a home in Cyprus that they plan on moving into this summer and doing some remodeling. Emily already has her EU citizenship and James is applyingThey’re not 100% sure what long term future looks like but they’ll probably pick up some side hustles in Cyprus to stay busy and travel all over EuropeKey Takeaways Everyone has advantages: Some people might not realize living in Huntsville, Alabama is a huge advantage for financial independence but James and Emily realized this advantage and maximized it Leverage is crazy powerful: James and Emily aren't these crazy high-income earners but they now own 11 rental units in 2 years. That's all possible thanks to the leverage you get through mortgages Not Knowing is Ok: James and Emily don't have the rest of their lives mapped out. But what 28 year old does?