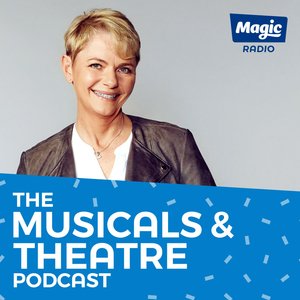 This podcast will return when the theatres reopen with new interviews with the best stars of the West End and national Theatres.Get closer to the stars of the stage with The Musicals &amp; Theatre Podcast! In each episode Magic Radio's Alice Arnold is chatting with a writer, composer, producer or performer from the world of theatre and musicals. Look out for guests including Gary Barlow, Ruthie Henshall and Michael Ball.

Alice chats to musical theatre star Kerry Ellis about working with Brian May, flying with the Red Arrows, and of course, her role in Wicked.

This week Alice is backstage at the London Palladium, speaking to Kelli O'Hara about her role as Anna in The King and I. 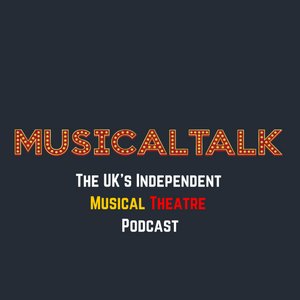 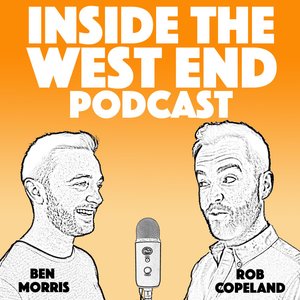 Inside The West End Podcast 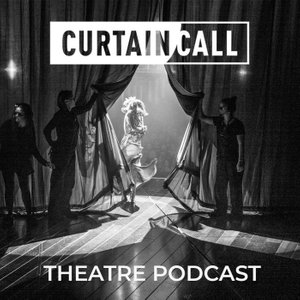 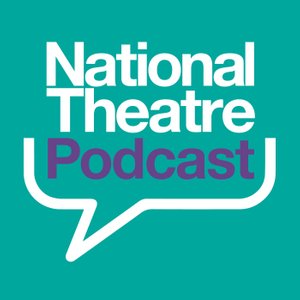 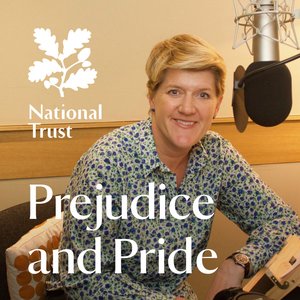 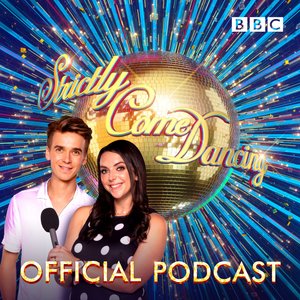 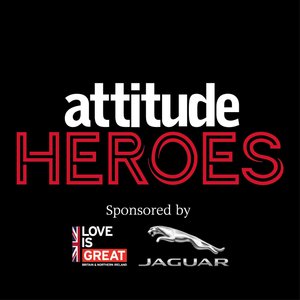 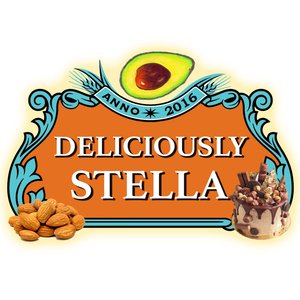 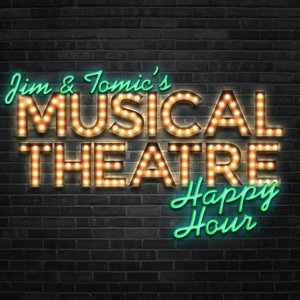 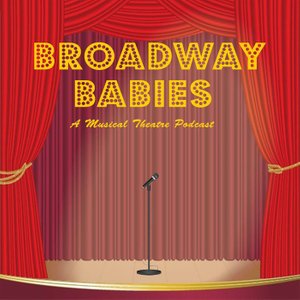 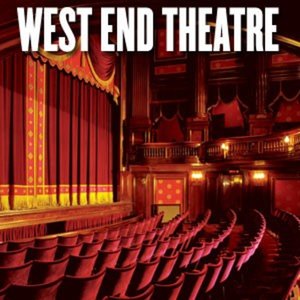 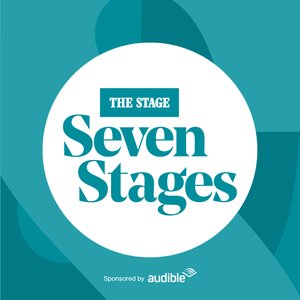 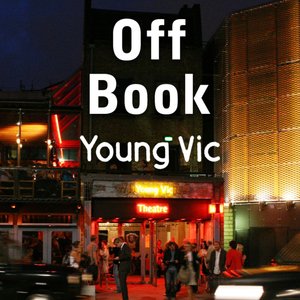 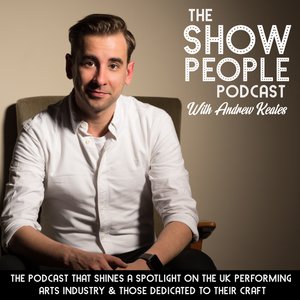 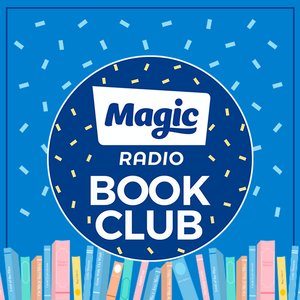 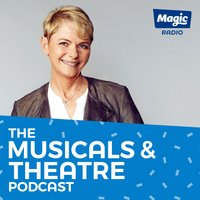 The Musicals and Theatre podcast is back for 2020 with a new season! This week Alice is joined in the studio by Matt Henry, they chatted about his reprisal of his Olivier Winning Role in Kinky Boots which was filmed for cinema release, how he is juggling his career with being a Dad and his plans for the future.

This week Alice is back stage at the Apollo theatre to chat to Bianca Del Rio / Roy Haylock who is currently starring in Everybody's Talking About Jamie. They chat about what it's like performing in London, about Bianca's upcoming tour and obviously, Drag Race does get mentioned!

This week Alice is back stage at the Trafalgar studios chatting to the cast of A Day In The Death of Joe Egg. She sat down with Storme Toolis, Claire Skinner, Toby Stephens and Patricia Hodge to talk about Peter Nichols’ challenging but funny and brave play.A Day In The Death of Joe Egg is currently on at the Trafalgar Studios until the end of November.

This week Alice is back stage at the Phonix Theatre speaking to the Robert Hands, Clive Carter and Rachel Tucker who are all starring in the Olivier Award winning musical Come From Away. They talk about the amazing production that tells the story of the people of Gander who took in 7000 air passengers from all over the world who were grounded in Canada during the wake of 9/11. This is the last podcast in this season but don't worry as we will be back in a few weeks with more great interviews and ideas of what to see this summer.

This week on the Musicals and Theater Podcast Alice is joined in the studio by the legendary lyricist and composer Stephen Schwartz. They chat about his career inducing, his work on Pippin, Godspell, Rags, Wicked, Pocahontas, The Hunchback of Notre Dame as well as Prince of Egypt which is had just been turned into a musical and is currently on in London’s Westend.

This week Alice is on holiday and has left her podcast in the capable hands of Ruthie Henshall who decided to interview not one person, not two people, but 6 queens! Yes this week Ruthie Henshall is chatting to Jarneia Richard-Noel, Millie O'Connell, Natalie Paris, Maiya Quansah-Breed, Grace Mouat &amp; Vicki Manser who are the Six wives of Henry VIII in the Olivier nominated musical Six.

This week on the Musicals and Theatre podcast Alice invited Jake Brunger and Pippa Cleary, the writers of 'Adrian Mole the Musical' into the studio. They chatted about how they started the project. How they got the blessing of Sue Townsend to make the musical, as well as their writing careers together and the future of British musicals in the West End.

13x1 The Prince of Egypt

Welcome back, and this week on the Musicals and Theatre Podcast we sent our Entertainment reporter to the launch of the new musical the Prince of Egypt. While she was there, she chatted to the musical theatre legend and writer of the Prince of Egypt Stephen Schwartz. She also chatted to Philip LaZebnick who wrote the book, the producers Michael McCabe and Neil Ladilaw and the choreographer Sean Cheesman.As well as all of them she also spoke to some of the cast including, Luke Brady who plays Moses, Liam Tamne who plays Ramses and Christine Allado who plays Tzipporah. The Prince of Egypt is coming to the Dominion Theatre at the end of February 2020.

We Are At The Olivier Awards!

There is no podcast this week as we are at the Olivier Awards! But come back next week for all the backstage gossip and interviews with the winners.

It was the Olivier Awards last Sunday and we were there backstage to interview the winners! Including, Kyle Soller, Patsy Ferran, Chriss Wally, Monica Dolan, Jonathan Bailey and Pattie Lupone as well as the producers of Come From Away and Marianne Elliot who directed Company and Chris Harper the producer. Warning today's podcast does contain squeals of delight!

This week Alice is backstage at the Trafalgar Studios with Alex Kingston and Sarah Hadland talking about the play they are both about to star in Admissions.It's not all play chat though they also discuss Alex Kingston's time in ER, as well Sarah Hadland's terrible attempts to make a cake for Celebrity Great British Bake Off!

This week Alice popped along to the rehearsal rooms in Pimlico to chat to the cast of the new musical Curtains; A Musical Whodunnit, Ore Oduba, Jason Manford and Carly Stenson.Strictly winner Ore Oduba chatted about his life after winning Strictly and his new career on the stage. No stranger to treading the boards, Jason Manford talked about the difference between touring his own stand up show and life with a company and Carly chatted about life after her stint in Les Miserables. Curtains is currently touring the UK, and comes to the New Wimbledon Theatre in January 2020. You can hear Alice Arnold on Mellow Magic every Weekend 6am - 10am

This week Cassidy Janson popped into Alice's studio to record a special show for Mellow Magic, It was so lovely we have turned it into a podcast with all the extra bits that got cut out of the show! She chatted to Alice about being Carol King (obviously), her current role in Man of La Mancha, her new album and the show she is going to be starring in later in the year &amp; Juliet.

Pride Special with Will Young

This week it's a very special edition of the Musicals and Theatre podcast, featuring Will Young who has starred in Cabaret, The Vortex, and more recently Strictly Ballroom The Musical On the night before Pride in London Alice sat down with Will Young talk all things LGBTQ+ in a one off show on Magic called Pride. We wanted to share it here with some added in bonus bits that didn't make it into the final program. In the podcast Alice shares memories from her first ever Pride, when it was definitely still a march for rights and Will chats about his time on Pop Idol, what it was like to come out in the public eye and the power of LGBTQ+ role models.

The award winning comedy play ART is on tour. Stephen Tompkinson and Denis Lawson popped in to chat to Alice Arnold, and talk about the time Denis released a single - yes Alice does make him sing it They also chat about their post show ritual and how to make the perfect martini.

This week Alice is joined in the studio by actor, director and writer Clarke Peters. He chatted about his upcoming role in the new TV adaptation of Philip Pullman’s His Dark Materials in which he plays the Master of Jordan College. It being the Musicals and Theatre podcast Alice also had to ask him about Five Guys Named Moe, the Olivier winning musical he wrote. As well as acting and writing, they also chatted about the time he got arrested protesting the Vietnam War and his thoughts on Black History Month. His Dark Materials starts on BBC 1 on 3rd November.

This week Alice is backstage at the Duke of York's Theatre to chat to Olivier Award Winner Giles Terera. They chatted about his extensive career including his role in Hamilton, which he won the Olivier for best actor in a musical for and the Ibsen play he is currently starring in Rosmersholm.

This week Alice is backstage at the Piccadilly Theatre currently home to Death of Salesman. She popped into Wendell Pierce’s dressing room to chat to him about the play, his time in London and his career. Then she wondered over to Sharon D Clarke’s dressing room where they chatted about her role in Death of A Salesman, her time on Holby City and reprising her Olivier winning role in Caroline or Change on Broadway next year. Death of Salesman is on at the Piccadilly Theatre until 4th of January

© 2020 OwlTail All rights reserved. OwlTail only owns the podcast episode rankings. Copyright of underlying podcast content is owned by the publisher, not OwlTail. Audio is streamed directly from Magic Radio servers. Downloads goes directly to publisher.