Users in Control: A Fresh Perspective on Accessibility

This audio and PDF podcast offers an insightful look at how people with disabilities are empowered through Mac OS X, while shattering preconceptions on disability and assistive technology (AT). Here the users of AT are in the driver’s seat! Created by Mac users with physical, speech, or vision impairments, it seeks to inform, inspire, and provide a platform for new ideas.

For Ricky Buchanan, having a disability that affects both her ability to type and her vision is somewhat of a problem when it comes to computer access. The usual solutions for vision impairments use lots of different keyboard commands, while the usual solutions for not being able to type – or type much – involve on-screen keyboards and/or word prediction which both require vision. So, how does she deal with this dilemma? Ricky offers the info...

EVE Online is the most recent massively multi­player online game to hit Mac OS X. Set in a vast online universe where players command their own starships, EVE promises players an enormous variety of gameplay options, giving no two individuals the same experience. For instance, one can journey the galaxy smuggling contraband from one sector to another, mine asteroid fields for profit, or even play the outlaw, killing other players in cold-blood. The depth of EVE is absolutely amazing; there’s definitely no questioning it. Yet, gameplay aside, is it playable for SwitchXS users? Michael Phillips has the answer... 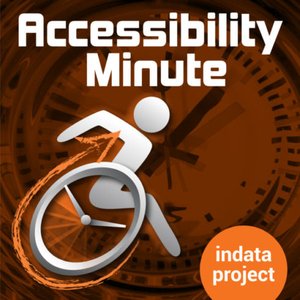 Like the origin of the universe, when Joe Barnick received his first Macintosh it seemed like an insignificant speck in the grand scope of things, but would explode into a million endless possibilities filling out his world. Having Spinal Muscular Atrophy and avera­ging four hospitalizations a year forced him to be tutored at home from kindergarten through graduation. In high school, he was supplied with a computer, an Apple Macintosh, to enhance his education. Though ecstatic to be receiving a computer, Joe was a tad disappointed in the school’s choice as this was the darkest point in Macintosh history with Apple’s growing season seemingly coming to an end. However, little did he know the path he would be taken down, and the symbiotic relationship that would develop between him and this machine…

With over twenty-three thousand products available for the Macintosh, if you look carefully you will discover a world of mainstream hardware and software serving accessibility needs better and costing less than most specialized “disability” aids. In this episode, Joe Barnick discusses two invaluable off the shelf solutions that play integral roles in hoe work and play.

While some people with disabilities can operate their computers with conventional mice, joysticks or trackballs, head tracking devices allow individuals who cannot move their hands to control the cursor through head movement. IR (infra-red) optical head tracking devices track a reflecting dot, the target, stuck on the userʼs glasses or forehead. Mouse clicks are performed with a switch or by dwell clicking, a software feature like that found in KeyStrokes on-screen keyboard whereby the user keeps the cursor steady in the position to be clicked. Before purchasing a particular head tracking device, check out Walter Pfrommer's experience testing the three most popular units on the market.

As Mac OS X’s number one massively multiplayer online roleplaying game (MMORPG), Blizzard Entertainment’s World of Warcraft is a fully populated, lushly realized digital fantasy land in which players can explore beautiful scenery, slay beasts, and battle each other in real-time, twenty-four hours a day. Nobody questions the game's merits as far as MMORPGs go; however, other questions remain. For example, is World of Warcraft playable for switch users? Mike Phillips offers the lowdown on what you need to know before adventuring into the realm of Azeroth with SwitchXS.

Making the Cut: My Experience with Video Editing (audio)

Paralyzed from the neck down, Jean-Marc Pepin accesses his Mac with an Origin Instruments HeadMouse, a Sip/Puff switch, and KeyStrokes onscreen keyboard. Shortly after Apple introduced iMovie 2 for OS X, he became interested in video editing as a hobby. Looking for more powerful tools to work with, Jean-Marc quickly gravitated to Final Cut Pro, Apple's professional video editing application. However, why did he think he could edit video when he knew only a little about it, nor how to use Final Cut Pro? Jean-Marc was fascinated by the idea - he knew he could learn and tackled the challenge!

The Way I Write (audio)

Being almost entirely paralyzed and unable to speak, the only way for Marie-France Bru to express herself is by typing with SwitchXS switch-access software and a muscular switch attached to her cheek. As she finds writing letter by letter with a scanning system tedious, Marie-France has created a writing method that lets her type three times faster thanks to the panel editor LayoutKitchen and KeyStrokes' abbreviation expansion and word prediction.

For many new switch users, playing games with SwitchXS might seem like a daunting task, however, with a little practice and the right games even a novice can be up and clicking in no time. As Mac gaming expert Mike Phillips illustrates, it's best to start with games that don’t require a great deal of quick action. Fortunately, there are plenty of great titles that provide copious amounts of fun, while offering the means to strengthen one’s switching ability.

© 2020 OwlTail All rights reserved. OwlTail only owns the podcast episode rankings. Copyright of underlying podcast content is owned by the publisher, not OwlTail. Audio is streamed directly from AssistiveWare servers. Downloads goes directly to publisher.