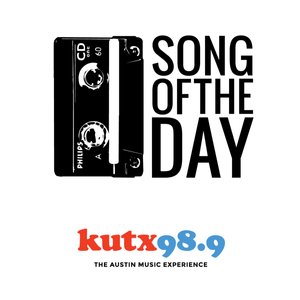 The KUTX team looks high and low for songs and artists that should be on your radar. 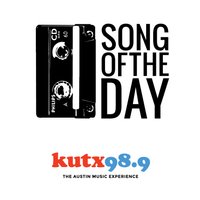 As temperatures dramatically drop here in Texas, it seems fitting to give Go Fever the “all clear” to heat things up again. After charismatic mastermind Acey Monaro spent a year in the respite of her Australian motherland, these two-time Studio 1A veterans seem right at home back here in Austin as our September 2021 Artist of the Month. And true to their name (minus any rushed negligence), Go Fever’s always got a sense of anticipation for their next rock project, in this case the upcoming Velvet Fist. The catchy, sarcastic beast that is Velvet Fist is set to drop hard on October 8th, and Go Fever guest hosts My KUTX this weekend, but the big news today is a close-knit two-song at-home pop-up session, which includes “Long Run” and “FYI”!

If you’re a connoisseur of contemporary jazz-soul, then you’re likely already in-the-know about New York’s Cory Henry. This Snarky Puppy veteran multi-instrumentalist-producer-composer shines chiefly on keys and vocals, and invites the classic gospel, funk, and R&amp;B tones of Stevie Wonder, Donny Hathaway, and Marvin Gaye into the realm of “future-soul”. Cory Henry shared his aptly-titled LP Best of Me last Friday and kicks off a week-long stint at the legendary Blue Note Jazz Club tonight. At just shy of a dozen tracks, the high-level ingenuity of Best of Me puts it in conversation with iconic soul records like Innervisions, Future Shock, and What’s Going On?, albeit with an inherently modern quality, best exemplified on “Dreaming Of”! 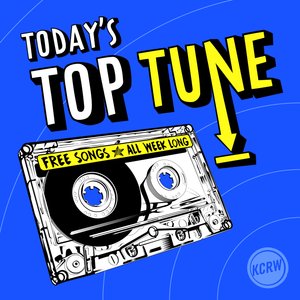 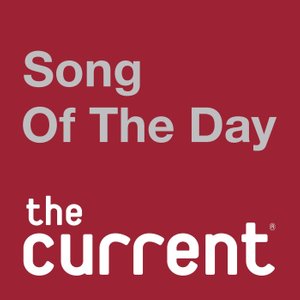 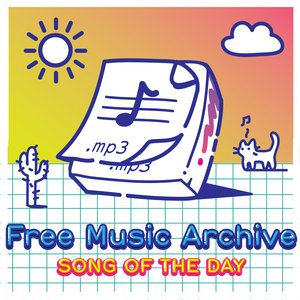 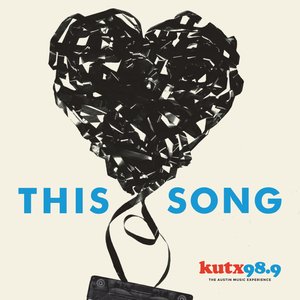 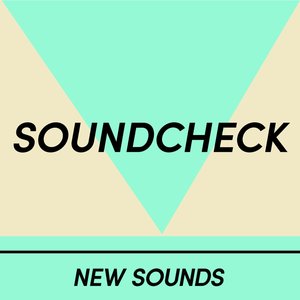 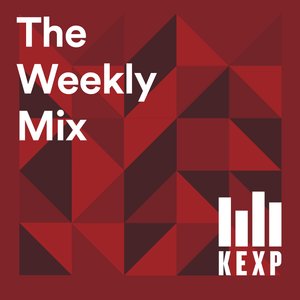 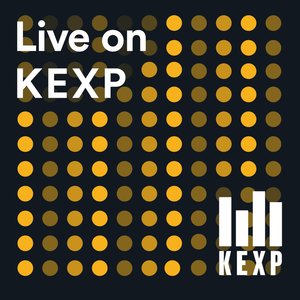 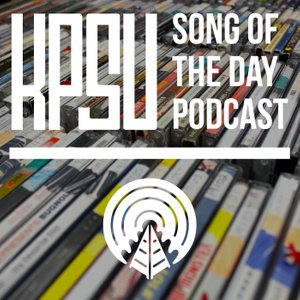 KPSU Song of the Day 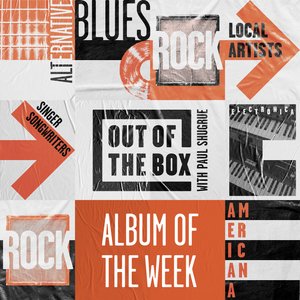 Out of the Box Album of the Week with Paul Shugrue 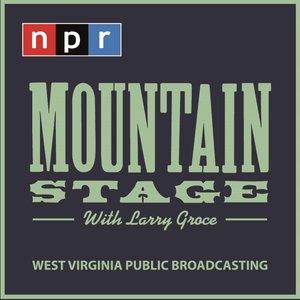 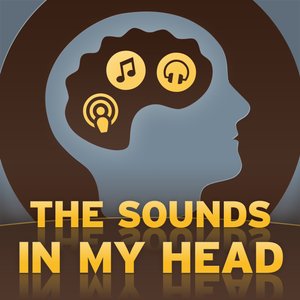 The Sounds in My Head 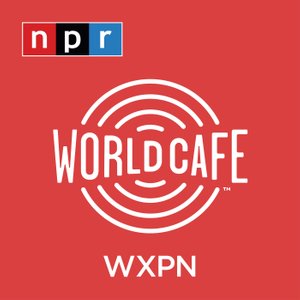 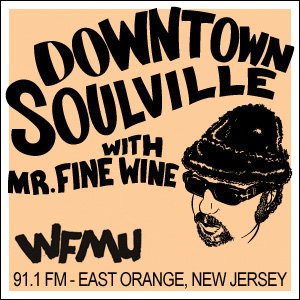 One of the hottest topics in Texas right now surrounds birth, but this isn’t really the appropriate forum to talk politics so instead let’s focus on Fertility House. The four Austin transplants of Fertility House made their debut in 2018 with their eponymous LP, showcasing the band’s knack for upbeat-yet-smooth and at times politically-charged indie garage pop. Fertility House kept that momentum rolling into 2020 with last year’s Extra Light EP and is now entering the final trimesters of a brand new record. We’ve only got a couple singles so far, but each packs the purity of turn-of-the-millennium indie and gives acts like Vampire Weekend a run for their money. And even though Austin’s the land of grackles, there’s a certain je-ne-sais-quois of Fertility House’s latest, “Mockingbird”, that captures the charm of our city and you can catch the single release show on Saturday, October 2nd at Swan Dive.

Even with the mass proliferation of digital production trends in the past three decades, there’s something inherently retro about the funk-soul sound. Austin group Flyjack knows this all-too-well, having just released a record named after an airline that bit the dust right when computers were becoming commonplace in the music world. Pan Am gives you a first class ticket to a full spectrum of soul and funk and presents Flyjack soaring higher than they’ve ever been. Pan Am is out now without any of the restrictions you’d experience on a present-day flight, and today Flyjack’s given us another complementary carry-on, the heist-oriented music video for “Can’t Catch Me”!

We might’ve just kicked off Hispanic Heritage Month, but that doesn’t mean we should overlook Spanish’s distant cousin, Portuguese, and subsequently the music of Brazil. Enter Frederico7, the Austin-based Brazilian soul-rocker who first captivated the Live Music Capital with a Latin-leaning vatapá of South American sounds on his 2019 debut LP Exótico Americano. Frederico7 brings o calor to the stage tomorrow night at Far Out Lounge for South Americano Fest, celebrating two new singles that dropped this morning, which are both produced and engineered by the legendary Beto Martinez and tease an upcoming all-English album for 2022. If you’re feeling more of an ’80s-pop vibe, you might want to check out “Truth is Power” first, but if you’re like me and enjoy combating the sun with some sweltering dub reggae, you’re gonna want to blast “Missing My Children”!

If you’re looking to celebrate Hispanic Heritage Month with a bit of dancing, there are few artists more capable of bringing the house down than El Dusty. On top of being a Latin Grammy Nominee and beloved crate-diggin’ turntablist, this Corpus Christi-born DJ/producer/composer is also a leading pioneer in the nu cumbia/electronic cumbia movement, and delights us with each new innovative offering. The previous My KUTX guest host kicks off his regional tour 6PM tomorrow night at Mala Vida and to dip your toes in early, zone out to El Dusty’s latest collaborative single (and music video), “Camara Lenta“!

If you have even cursory knowledge of the Tex-Mex genre, then you’ve likely already heard the name Joe “King” Carrasco. Born in the Texas panhandle and currently calling Southwest Mexico his home, Joe King Carrasco’s approaching a half century worth of innovative music output, with highlights like recording with Michael Jackson and appearing on Saturday Night Live. Recently Carrasco teamed up with Colectivo Chihuaha for what’s arguably the King’s magnum opus, Beers Bars &amp; Guitars, a quintessential-but-modern Tex-Mex platter that came in hot just a couple weeks back. We’d be joking if we said we weren’t excited for even more from Joe King in the coming years, but since today marks the First Day of Hispanic Heritage Month, we’ll just appreciate Carrasco’s remarkable long run in its present form with “Carrera Larga”!

With the exception of iconic industry shifters who made it look easy like Red Hot Chili Peppers, Rage Against the Machine, or dare I say, even Limp Bizkit, the mashup genre of rap-rock can be a treacherous territory to navigate. That said, Austin four-piece The Dragon Berries seems to have hit a stride in the hip-hop-meets-alt-rock field, beginning with 2019’s “We Got the Funk”. The Dragon Berries have spent the pandemic writing a new batch of tracks, including a real winner recorded at The Bubble with Chris “Frenchie” Smith that just premiered this morning. Far from an isolated example of The Dragon Berries’ talent, “Island” encompasses the group’s cross-genre escapism all under four minutes, and is officially available to provide respite whenever you need!

Typically based in Austin but currently kicking it in Portugal’s capital, guitarist-singer Ben Murray’s been moonlighting with his solo endeavor Friend In Law. Murray’s lo-fi bedroom-based style recalls the melancholic catalogues of Bright Eyes and Elliott Smith, and can be heard most recently on Friend In Law’s latest EP, Craw Manor. Keep an ear out for more from Friend In Law in the near future, and in the midst of Hurricane Nicholas’ misty output – thankfully just grey skies here in Austin – it’s not a bad idea to hunker down in Craw Manor and batten down the hatches with “Winds”.

Going back to the genre’s mid-’80s heyday with Big Boys and Dicks, punk rock has been a major part of Austin’s musical character. And though there are a number of groups that continue the Austin punk legacy into the 2020s, few can package their sound with the same accessibility of Lola Tried. Fronting vocalist-guitarist Lauren Burton first treated us to her four-piece’s pop-punk sweets on 2017’s Popsicle Queen and made Lola Tried’s eponymous, full-album debut the following year. After yanking out the proverbial tooth on Lola Tried, these two-time Studio 1A veterans have cleared out any unwanted abscesses of the band’s infantile days and put their evolved formulas on display with Lola Tried’s just-released sophomore EP, Renvers. On average these songs are a little slower, a little longer with more intricate structures, and on the whole more mature sounding than their predecessors, though they still pack the same punch as those early energizers and continue to carry the emotional weight that’s always made us love this quartet. Lola Tried celebrates the release of Renvers tonight at Native Hostel along with A. Sinclair, Warm Sugar, and The Gospel Truth and whether or not you can make it out, you can certainly improve the quality of your weekend right now with “Make It Better”!