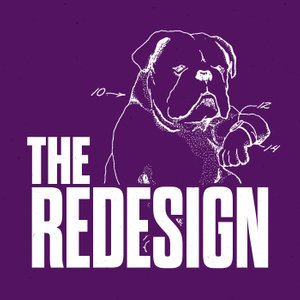 A very serious podcast in which we create the ultimate version of everyday things. 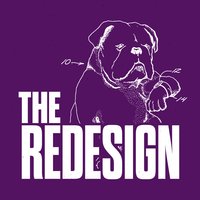 Come on and SLAM! and welcome to the JAM! The song you're imagining? Incorrect, the song we're referencing is legally distinct from the soundtrack to Space Jam, because this is BASKETSBALLS, baby. Are you ready to grab the rock and go hard in the paint? That's unfortunate because neither of us know what that means. But here is something we do know: a series of interlocking mobius strips that you can punch through with your basketball gauntlets to win against one of at least seven other teams by slamming a knifeball into the tiny, tiny basket is definitely the best way to play the game of kings. If you disagree, we have a t-shirt-cannon-based feedback form.

Do you stan dental hygiene or herons? Baby you're in luck because both of those things are now the same thing. Let a soulless biomechanoid put its beak deep into your mouth and fill you with a gently abrasive foam, like a lemony fresh blast of good, delicious bleach. The beak will also use ultrasonics to smash dirt off your teeth. But then: with gentle wingtips, the heron will wipe the foam from your mouth like you're a big toddler, which I know some of you will be weirdly into. Also in this episode: an unsurprising digression into the musical history of Marky Mark and the Funky Bunch, and the mechanics of playing Fortnite with a mouthful of foam.

World, get ready to hear the brown note in lots of places you didn't expect! Because we have a very large truck with speakers on top that plays the brown note. Why? Well it's very funny to us but also to advertise BROWN™ (aka Coffee 2.0), an inevitable revolution in the world of beverages. You're familiar with "hot bean juice", the thing you're unfamiliar with that will nonetheless be going in your drinkhole is a delightful tide-pod-terroir experience crafted with the finest jelly bean dust and milk skeletons.

Never feel the sweet winds of summer against your human face again, as you're totally protected and forever locked into Umbrella 2.0 aka Umbre4a aka the AdBlock. Enjoy not feeling any kind of meteorological phenomenon while taking in a soothing and personalized advertisement. Is this less of a forcefield and more of an extortion field? Our lawyers recommend we don't answer that question! We also discuss how Inspector Gadget is transhumanist cyberpunk, how we accidentally destroyed real estate, and the mystery of the powerful demigod Mary Poppins.

Say hi to Alicia Silvered-stone (no connection to Alicia Silverstone), the smart mirror of the future that will help you realize your goal of becoming Timothy Olyphant or a golden retriever! And will also prevent you from becoming a vampire or werewolf (unless that's what you're into). The fun thing about Mirror 2.0 is that it shows your back instead of your front through clever application of totally non-dangerous physics and capturing the legally distinct character Donic the Yedgeyog™. Mirror 2.0: the good-looking glass!

Hey if you've ever thought "I wish the alphabet had emoji, stage directions, was written on musical staves, was possibly a spiral or rebus and all of the letters were replaced with numbers", are you in my house? Are you spying on me? Are you reading this over my shoulder right now? Because that's what this episode is about. We solve pesky problems that have plagued the original dumb alphabet since time immemorial, like the fact that some letters are indistinguishable from each other, a sloppy encoding that you'd think the Romans or Greeks or somebody would have noticed.

You'll yell “j'accuzzi” when we invent the world's first (and only) fractal bath bomb, a veritable cartoon-style bundle of bath TNT. What if: you take a small sip of the bathwater? Don't worry about it, it'll taste delicious. What if: it goes in your eyes? No sweat, it's eye drops! Congested? Gotchu fam, it's neti pot stuff, do those sinuses up real nice. Let me also add this: Bath Bomb 2.0 is also filled with nootropic drugs for your brain to be more good! And also: corn starch or something, because you will also experience chunky hug ripples. This is totally normal and nothing to be concerned about!

Don't you hate it when you're ten feet away from your door and you can't remember whether it's locked? Well: that problem has now been totally obliterated by Ness, the lock that is a door that has one very large eyeball and one very large mouth and screams constantly and eats packages and maybe hands. Unlock Ness securely by using up your own memories and bodily fluids until, one day, you too are deemed unworthy to enter your own home. That's how two-factor security works, as I understand it.

When Steinway, the first piano, emerged from the primordial piano ooze (this is true, trust us), did he one day realize that Piano 2.0, the Piian2 8te, would make the Piano 1.0 look like a joke instrument for dummies? God, I hope not. How depressing. Anyway, some of the improvements we've made are: less keyboards! More face-squishing! More hydraulics! More snakes (way more snakes)! Typically a piano has three pedals, and so does a car – you see where I'm going with this? Finally: Tom invents Reverse Shazam™, which is when you know what song it is but it's not currently playing, it's hard to believe nobody invented it yet honestly.

The only energy drink with Bananergy™ and none of those weak chemicals for babies, like electrolytes. Electroheavies and electrodarks ONLY for maximum 'tudeness. In this episode we dig into the existential questions that have haunted humans since the dawn of history: how would a banana smoke a cigarette? What's cool about ranch? Is gravy powerful? Tom is convinced the nubs in the late, lamented Orbitz were made of wax and will not be convinced otherwise (they aren't). P.S. We joke about drinking a lava lamp but here's a pro-tip: don't drink a lava lamp! That's lava in there!