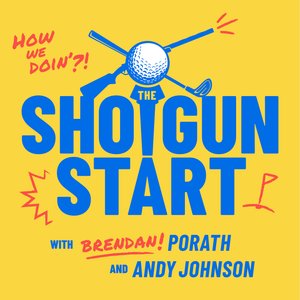 The Shotgun Start with Andy Johnson of The Fried Egg and Brendan Porath of SB Nation is a podcast waiting for you early in the morning that quickly blasts through a variety of topics (usually) related to golf and (ideally) relevant to the day. It covers news from the pro tours around the world, amusing and important topics from the amateur game the rest of us play, and some irreverent stuff in between. There will be short interviews, previews, reviews, and dives into the archives. It provides what you need to know on golf through a rapid and fun catch-up discussion. 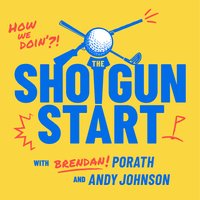 This portly Friday episode begins with the latest news on what may come of a 2020 men’s golf schedule. We cover Golf Digest’s report that The Open will be canceled, and then review Eamon Lynch’s wide-ranging report on the initial plans for shuffling around the Masters, FedExCup, Ryder Cup preparations, and a potential west coast U.S. Open. Paddy Harrington’s plea for 12 captain’s picks and a Ryder Cup committed to 2020 is also discussed. Then we get to our SGS Spotlight subject, Curtis Strange. Is he the player of the 80s on the PGA Tour? We proffer some nuts-and-bolts facts on a great career, hit on his outrageous title winning moment in college, and then his rise up the money lists and at the majors. We relay some legendary stories about his redass instincts and hot-tempered outbursts that got him in trouble even with Arnold Palmer early in his career. The back-to-back U.S. Opens are discussed in detail -- the playoff win over Faldo and that “Soak Hill” Sunday run to put him in company with Hogan. The ‘85 Masters he nearly (or should have) won after shooting an 80 in the opening round is also covered in detail. The Ryder Cup pressure and ignominy of 1995, which resulted in heckles about choking for years is recalled via some vicious Rick Reilly columns. Reilly also humorously pops Strange for his mishandling of Sunday singles as captain in 2002. *That* Tiger Woods interview is also debated before a closing discussion on his legacy and HOF credentials.