By Truongma - Sep 16 2018
Read more
Very informative! I love listening to it every week!

By c-whitebox - Dec 05 2017
Read more
I thought this was pretty useful. Good information thanks!

By Truongma - Sep 16 2018
Read more
Very informative! I love listening to it every week!

By c-whitebox - Dec 05 2017
Read more
I thought this was pretty useful. Good information thanks!

Updated by OwlTail 13 days ago

Read more
In this episode, Tracey is joined by Kevin Matras, Zacks Vice President and portfolio manager of Zacks Options Trader service to talk about stock options: what they are and how you can trade them.

Tracey admits she has never traded an option so Kevin starts off with the basics.

What is an option?

But there’s a bunch of things that beginners should learn before jumping in.
What’s a call and a put? What’s the easiest of the two to use for beginning traders?

Tracey always hears about being “in the money.” What does that mean?
Kevin takes Tracey through three option examples that beginners would be able to execute, including Johnson & Johnson (JNJ), Simon Property Group (SPG) and Facebook (FB).

With Facebook, he takes it one step further and discusses a bull call spread that can limit the profit potential but is a common strategy when options are expensive.

While the options “lingo” may sound complex, “bull call what ???”, Kevin lays it out so even Tracey can understand it.

If you’ve ever wondered how options work or thought about trying to trade them, then this is a must-listen podcast.

Rank #2: Is David Einhorn Right that Value Investing is Dead? 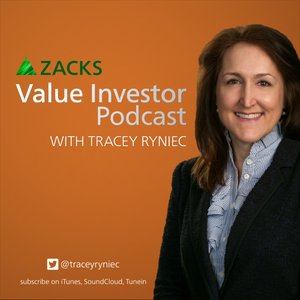 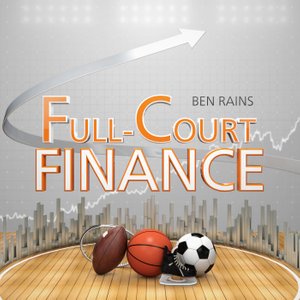 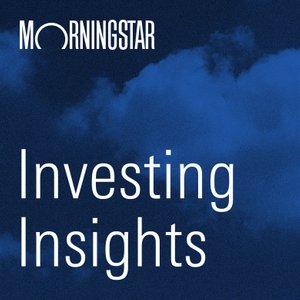 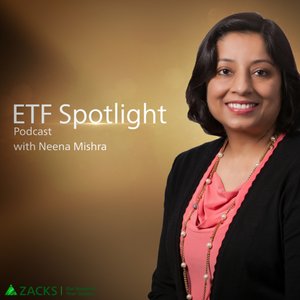 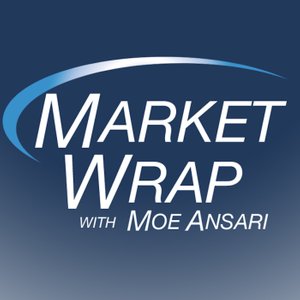 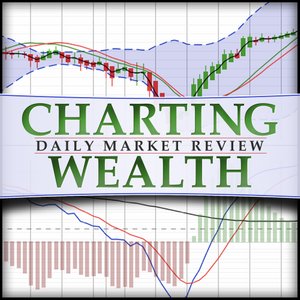 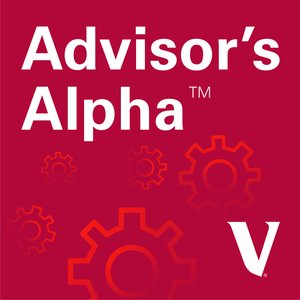 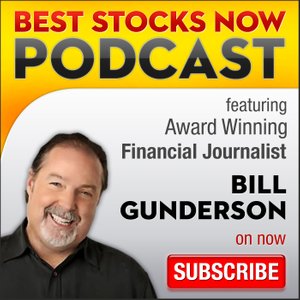 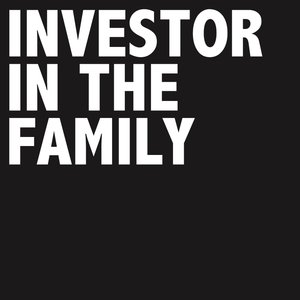 INVESTOR IN THE FAMILY Radio 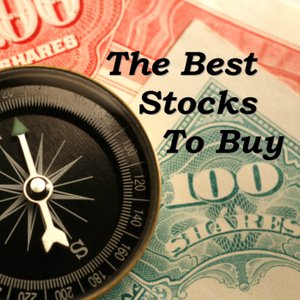 The Best Stocks To Buy 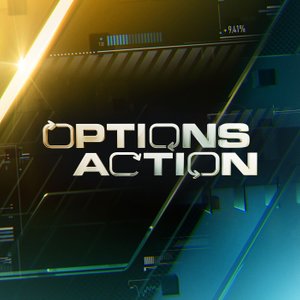 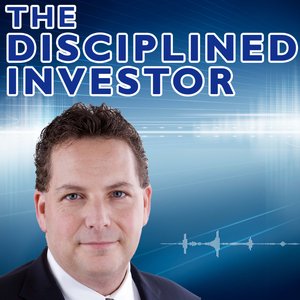 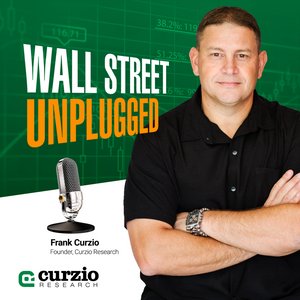 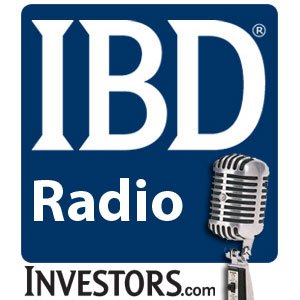 How To Make Money In Stocks with Investor's Business Daily 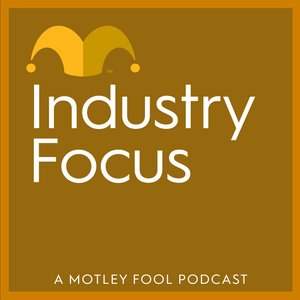 Rank #3: How to Invest in Blockchain and the Cryptocurrencies

Read more
Blockchain and cryptocurrencies are the next big “thing” but how can you play it through stocks to cash in on the growth?

Read more
Some stocks are stumbling this earnings season which means there are more value buying opportunities for savvy investors.

Rank #5: Where to Find Value in Healthcare Stocks

Read more
The Biotech stocks have been on a big run in 2017 but that doesn’t mean there aren’t some healthcare values still out there.

Read more
Some stock market bears have been waiting for a US recession for four years. Is 2020 the year they will finally be right or will they have to throw in the towel and join the bull’s party? (0:30) - What Can We Expect Heading Into 2020?(4:00) - Are There Any Recession Warnings Investors Should Be Concerned About?(11:05) - What Factor Could Help Continue This Economic Growth?(20:20) - How Should You Be Positioning Your Portfolio?(25:15) - International Stocks, Big Banks, and Energy (35:20) - Episode Roundup: EW, SNE, BABA, CHL, STT, XOM, CVX, ALXN, HMUN, CNC, UNH, CVS Podcast@Zacks.com

Rank #7: Lessons on How to Build a Million Dollar Portfolio

Read more
Oprah invested $43 million in Weight Watchers and it paid off. Here’s how to find your own hidden gems.

Read more
In 1999, Buffett explained the difficulties of investing in revolutionary technologies. Should you still follow his advice today? Please pick a time stamped topic below:

Rank #10: Are There Any Cheap Tech Stocks?

Rank #11: Drug Stocks: The Next Hot Industry or Value Traps?

Read more
Buffett has investing regrets on stocks that got away. What can you do to avoid the same fate?

Rank #15: Can You Get Rich Off Marijuana Stocks?

Every week, host and Zacks stock strategist, Tracey Ryniec, will be joined by guests to discuss the hottest investing topics in stocks, bonds and ETFs and how it impacts your life.

In this episode, Tracey is joined by David Bartosiak, the host of Zacks Live Traderand also the Editor of Zacks Momentum Trader and Home Run Investor.

25 states now allow medical marijuana use and 4 states, plus the District of Columbia, allow recreational use.

The market for marijuana and its products is expected to explode to $20 billion a year in the next several years.

Of course, investors are wondering: how can I cash in on the pot craze?
A few years ago, there were a lot of smaller companies that seemed to be promising like Growlife Inc. (PHOT). But most of those early adopters are now trading on the OTC markets for pennies.

Dave and Tracey look at a couple of new ways to play the marijuana trade.
3 Stocks That Are in the Pot Business

1. Innovative Industrial Properties (IIPR) went IPO in late 2016. This REIT buys buildings and leases them to growers of medical marijuana. It’s so new there’s no Zacks Rank and no analyst estimates yet. It has a market cap of just $62 million.
2. GW Pharmaceuticals (GWPH) is everyone’s favorite in these marijuana stock articles. This British-based drug company is developing a cannabis-based drug to treat epilepsy. The good news is that it has passed three Phase 3 trials. The bad news is that it hasn’t yet submitted its NDA.
3. Scotts Miracle Gro (SMG) has spent $500 million in marijuana products and is the furthest along in actually having products to the market. It’s already selling the “Black Magic” potting soil, specifically designed for pot plants, in 141 Home Depots. It also hopes to be first to the market with an acceptable pesticide.

But other than these three companies, Tracey and Dave had a hard time in coming up with other stock picks with decent fundamentals.

Dave extended his search to Canada where he found Canopy Growth (TWJMF) and Aurora Cannabis (ACBFF) on the pink sheets. Canopy also trades on the Toronto Stock Exchange. But there’s little information in the United States about these companies and they aren’t ranked Zacks.com.

What do Tracey and Dave really think about the marijuana stocks?

Are they a fad?

Or is there a real opportunity there?

Tune into this week’s podcast to find out.

Rank #16: Where to Invest for Peak Earnings

Read more
With worries mounting that this is the best it can get, find out which sectors still have room for ample earnings and revenue growth.

Rank #17: Indian Stocks: A Bubble or a Buying Opportunity?

Read more
The Indian stock indexes have been hitting record highs but are they too hot to handle?

Rank #18: 5 Value Stocks That Are Breaking Out

Read more
Sometimes the best investments are right in front of you. Please pick a time stamped topic below: