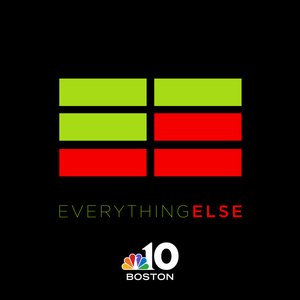 Celebrities get asked the same questions over and over. Everything Else is a new series from NBC10 Boston that features guests from in and around the entertainment industry discussing anything and everything — except for what you probably expect them to.Host Ray Fuschetti starts each episode by listing three banned topics based on what that person is known for and what they’re asked about too much. After that, it’s open season, with no click-bait, no gotcha moments, nothing cheap.Theme song "Everything Else" written, composed &amp; performed by Johnny (John Whoriskey Jr).Each episode co-produced and edited by Larry Doherty. 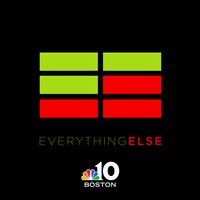 Ten years ago everything changed for Matt Brown. The Norwood High School hockey star suffered a traumatic strike on the ice and was left paralyzed from the shoulders down.Since the incident Brown has used his injury as inspiration – finishing high school, graduating from college, writing a book, participating in the Boston Marathon, and now starting a charity that will assist others dealing with the same adversities.In episode 7 of Everything Else we spoke to Matt Brown about his life, his injury, and accomplishmentsA son of Norwood who means everything to his community Theme song "Everything Else" written, composed &amp; performed by Johnny (John Whoriskey Jr) available everywhere you get music.Each episode co-produced and edited by Larry Doherty.

Emerging rapper Luke Bar$ is not only is bursting onto the hip hop scene -  making eaves in the music industry with his hot new release “GoodEvil”. The Brockton native is also lending his talents to the musical collaborative Van Buren - a collective of producers and artists who merge talents in order to bring their works – and Everything Else - to the community. Everything Else host Ray Fuschetti talks with this new star on the scene and gets into the themes behind his music and his creative process – be it on solo projects or the team at Van Buren. We also learn about Everything Else – including Lukes upbringing, his work on J. Coles "Revenge of the Dreamers lll" in Atlanta, how music is therapeutic for him and where he plans to take his career.Theme song "Everything Else" written, composed &amp; performed by Johnny (John Whoriskey Jr) available everywhere you get music.Eachepisode co-produced and edited by Larry Doherty.

In a change of pace, Episode 5 of Everything Else puts the focus on Everything. Three topics are not banned and Everything is on the table for discussion. This episode focuses on CLLCTV (Collective) – a full based digital marketing and event agency based in Boston. Host Ray Fuschetti talks to the creative minds behind some of Boston’s most innovative events and campaigns – including “The Wave” – one of the most popular daytime parties which takes place city wide and this year celebrates its sixth anniversary. This episode will make sure you know Everything about the experiences Collective creates….or Else.To see what CCLTV has in the works and to keep an eye on their upcoming events go to their website CLLTV.US or follow them all social media via @CLLCTVUSTheme song "Everything Else" written, composed &amp; performed by Johnny (John Whoriskey Jr) available everywhere you get music.Each episode co-produced and edited by Larry Doherty.

Ernie Boch Jr. is a renowned business leader, entrepreneur, and philanthropist in Massachusetts who owns a Ferrari and a Maserati franchise. Best known for his role as the CEO of Boch Enterprises he's also has a reputation for his former band Ernie And The Automatics, for his extravagant parties and fundraisers which often feature A-List celebrity guests and for his contributions to the various local art scenes in Massachusetts. Enjoy the Interview and be sure to check out Ernies charitable foundation Music Drives Us (MusicDrivesUs.org), a nonprofit organization that funds musical opportunities for the underserved throughout New England.Theme song "Everything Else" written, composed &amp; performed by Johnny (John Whoriskey Jr).Co-produced and edited by Larry Doherty.

Michael Christmas is a rapper from Roxbury Massachusetts who first gained worldwide attention and critical acclaim in 2014 at the age of 19 with his breakout single “Michael Cera” and debut mixtape “Is This Art?”. Since then he’s remained active with big albums major tours with artists including logic and the late Mac Miller. Host Ray Fuschetti discusses a wide variety of topics ranging from funny and fun to serious and personal. Enjoy the Interview and be sure to check out mikes latest album “Baggy Eyes 2” anywhere you listen to your musicTheme song "Everything Else" written, composed &amp; performed by Johnny (John Whoriskey Jr).Co-produced and edited by Larry Doherty.

© 2020 OwlTail All rights reserved. OwlTail only owns the podcast episode rankings. Copyright of underlying podcast content is owned by the publisher, not OwlTail. Audio is streamed directly from NBC10 Boston servers. Downloads goes directly to publisher.