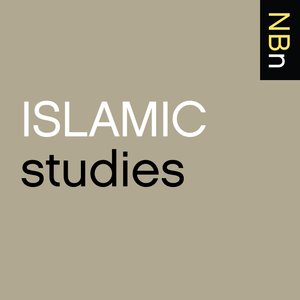 Interviews with Scholars of Islam about their New BooksSupport our show by becoming a premium member! https://newbooksnetwork.supportingcast.fm 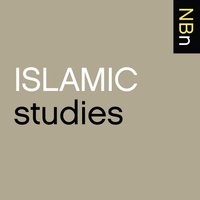 In his new book Defending Muhammad in Modernity (University of Notre Dame Press, 2020), SherAli Tareen, an associate professor of Religious Studies at Franklin and Marshall College, takes us into the fascinating world of the ‘ulama (theologians) of the late eighteenth and nineteenth century South Asian Islam. Situated historically within the transitional and transformative period of the end of the Mughal era and the beginning of British colonialism, the book focuses on the native discourses, internal debates, and the ensuing logics utilized by Muslim theologians, such as Shah Muhammad Ismail and Ashraf ‘Ali Thanvi.The book is divided into three sections and consists of twelve chapters. Throughout the study, Tareen thickly describes the internal debates surrounding issues of political theology (especially divine sovereignty), normativity and law (issues of bid‘a), and ritual practice (particularly of the mawlid (celebration of the Prophet Muhammad’s birthday)) as a means to disrupt debates surrounding religious boundary making. Tareen’s close reading of texts in Arabic, Urdu, and Persian unsettles the post-colonial program of the modern secular state, not for the sake of arguing for “native agency” under colonial rule, but rather as a means to amplify how Muslim theologians did not bend to colonial secular norms that they were embedded within. The study models how a focused and nuanced analysis of intra-Muslim debates, such as the one between the Barelvi-Deobandi scholars opens up invigorating possibilities for questions and problem spaces that transcend reductive binaries of law/mysticism, puritan/populist, and reformist/traditionalist. The book is a tremendous contribution to the fields of South Asia and Islamic studies, while its theorizing on the twin forces of religion and secularism also adds greatly to conversations in the study of religion and politics. Tareen also includes a very useful appendix with discussion questions and pedagogical suggestions for how to use sections of the book in various undergraduate and graduate courses.Shobhana Xavier is an Assistant Professor of Religious Studies at Queen’s University. Her research areas are on contemporary Sufism in North America and South Asia. She is the author of Sacred Spaces and Transnational Networks in American Sufism (Bloombsury Press, 2018) and a co-author of Contemporary Sufism: Piety, Politics, and Popular Culture (Routledge, 2017). More details about her research and scholarship may be found here and here. She may be reached at shobhana.xavier@queensu.ca Learn more about your ad choices. Visit megaphone.fm/adchoicesSupport our show by becoming a premium member! https://newbooksnetwork.supportingcast.fm