The Landing Gear is a podcast devoted to bringing you the major news in general aviation. We also open up our show to give the pilots a voice. Let us know what you want to hear or send us an email about your experience and have it read in one of our episodes. 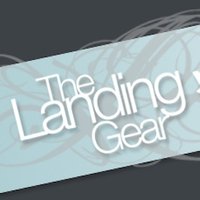 We discuss new changes the FAA is proposing to pilot training, search for a windsock ends in a fatality, US says no to Air Canada charters which prevent NHL teams from flying to their games.

This week we introduce ourselves and go over some new rules that will affect the Hudson River airspace and more!

GA down almost 50% in 2009 expected to get stronger in 2010, pilots are desperate for taxiway repairs not due until 2011, pilots fined for landing on lake to get a burger, FAA cracks down on Super Bowl fliers.

Here are my top 5 gifts this year for yourself or a close pilot. Happy Holidays everyone.

Vintage airplane to be displayed at the AOPA Summit, Garmin introduces the Aera, Burbank avoids night restrictions, Guy with laser gets 2 1/2 years in jail, FAA cracks down on DUIs, FAA proposes AD for Piper.

Aviator sends bill to the white house for TFR, The Hemet-Ryan glider drama continues, Plane crash in LA, Montell Williams to speak at AOPA summit, Compost near CA airport gets a no-go, More changes to the airspace over the Hudson River. Follow us at twitter.com/thelandinggear.

© 2020 OwlTail All rights reserved. OwlTail only owns the podcast episode rankings. Copyright of underlying podcast content is owned by the publisher, not OwlTail. Audio is streamed directly from daniel@angryweb.net servers. Downloads goes directly to publisher.