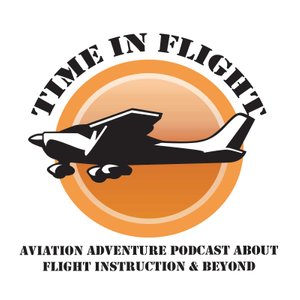 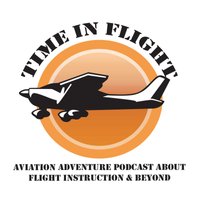 This episode hosts Rob Evans, who is a long time friend of mine, who, a couple of years ago was inspired to earn his pilot’s license.  He currently lives in the Settle area and had to face a host of challenges when it came to his training. This was recorded while his was a still a student pilot. This episode, which was originally recorded during Thanksgiving 2018, is being published out of order, so that it can honor Rob and his achievement of earning his Private Pilot’s License just the other week. Rob discusses what it is like working full time and trying to get his flight lessons in only on the weekends and when weather, especially in Seattle, can hamper progress. He also discusses his study strategies on how he deals with long breaks in-between lessons and how he keeps his head in the game when it comes to ground school. He also talks about some of the unique experiences that the airspace around Seattle offers for a student pilot and discuses what is was like working with multiple flight instructors and the difference in teaching methods. Thank you for listening and hope you enjoy the show! If you have any comments or suggestions, please email them to: hunter@timeinflight.com

In this episode, our guest Jared Keeny discusses what life is like as not only as an mechanic on the airfield but what life is like as a student pilot and how he juggles a full time job, a family with 3 kids and flight training. Jared describes how just because it may seem easy for him to get to flight training because he works right next door to the flight school that it isn't as easy to get in as much as he would like.  Please check us out on Instagram: @timeinflight  Or email: Hunter@timeinflight.com 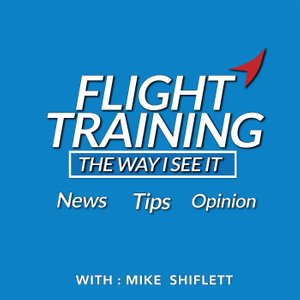 Flight Training The Way I See It 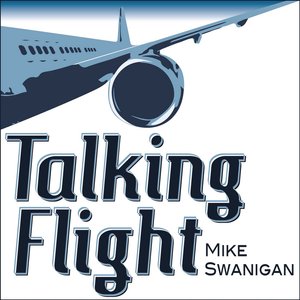 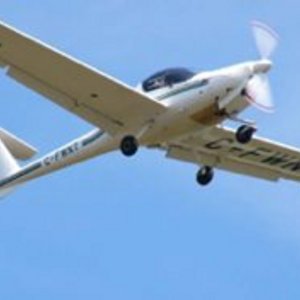 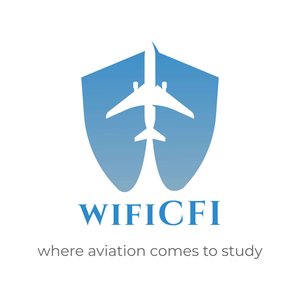 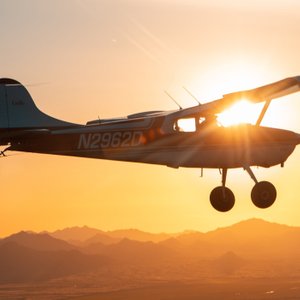 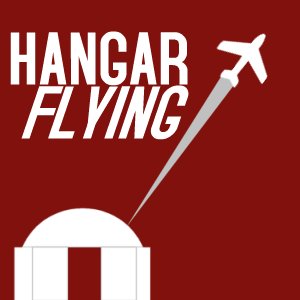 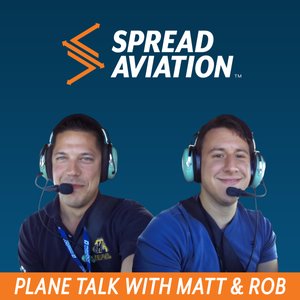 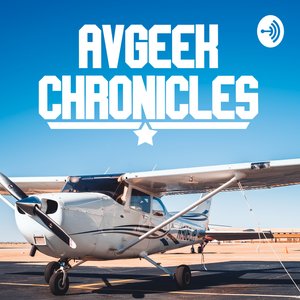 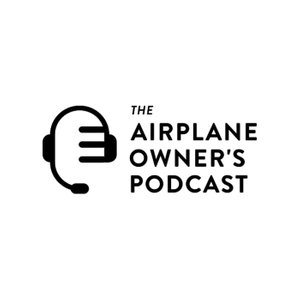 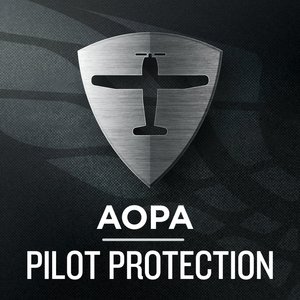 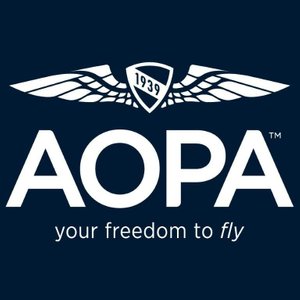 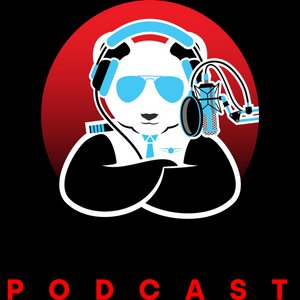 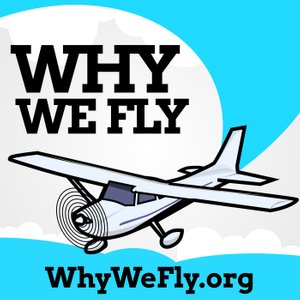 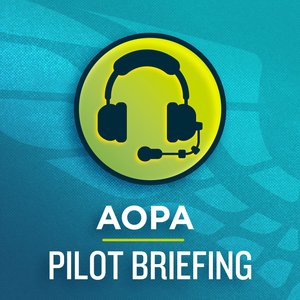 Recorded on location in Orlando, FL. Stephen Black discusses his path from being a philosophy major to now a regional airline pilot. Stephen went to large flight school where he earned most of his ratings, to where he began his flight instruction. From there, he found a great opportunity to instruct at really small grass field, which proved to be exactly opposite from what he was used to. Stephen then describes some of the major learning points that he took way from flight instructing and discusses how he decided to become a regional airline pilot by the age of 21. 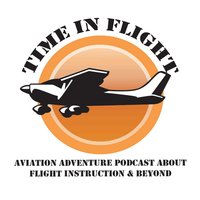 Time In Flight: Episode 10 – Devin Durant On this episode, Devin Durant, who just received his Private Pilots License (PPL) the day before, shares his experience and journey of what it was like to obtain this pilots license.  He describes what it was like to start with very little information on how to fly but a deep desire to be amongst the clouds. Devin ultimately attended three different flight schools before completing his training. He discusses how each one brought a unique experience to his training and how having a diverse training background can lead to having a more rounded skill set. Devin also discuses who his post high school education has been going and his future educational plans, now that he has been accepted by the University of North Dakota’s (UND) aviation program. He also talks about remaining involved with aviation during his non-training hours and how working at the field base operator (FBO) at the Baltimore Washington International (BWI) airport helped fuel is passion for flying and aviation in general. Check out Time In Flight on Instagram @timeinflight Or send an email to hunter@timeinflight.com

Chris Coward is a commercial pilot license applicant, as well as a college student. He discusses the trails, challenges and triumphs of what his journey on the commercial license has been. We also talk about the recent FAA changes to the commercial pilot license requirements and how training for the license has changed. We also look at the various avionics packages that he has used along the way as well as some online resources that he has found helpful in finding answers to the aviation questions he had. Chris also discusses his plans to attend the Oshkosh air show.

Chuck began his professional life as a radio host. During that journey he discovered he loved aviation and wanted to fly. From there he figured out how to get lessons, get a job and ultimately became an aviation business owner. He has also flown for regional and cargo airlines. Now Chuck is enjoying being an instructor for new regional airline pilots.

HAPPY NEW YEARS! In this episode we explore what it’s like for Enrico to have a full-time job and still find time to be a part-time flight instructor. Enrico has had a passion for aviation for some time, ever since he got first earned his private pilot’s license back in 2003. Since then he went on to get is instrument, commercial, flight instructor-airplane and flight instructor instrument ratings. Enrico discusses his time management techniques as well as some of training aids that they uses to stay current, including flight simulators. He also talks about taking a 30-day training course to receive his flight instructor ratings. Check out the show on Instagram @Timeinflight or on Facebook

In this episode, Greg Calvert joins the show to discuss his wholehearted journey into aviation. Greg jumped into aviation with both feet, with first getting his inspiration to fly from his father and then finding his vocation by become and airframe and power plant (A&amp;P) mechanic on aircraft. He works on large corporate jets by day and on his off time, he is working on either his airplane or achieving his next pilot’s certificate. References: Movie- One-Six-Right Event-Pancake Breakfast at Gettysburg airport Check out what’s going on between shows on Instagram @timeinflight or on Facebook.

Episode 24: Will Kool - Regional Airline Captain and Life During COVID-19

Will Kool joins us this episode to discuss how he got into aviation and how in his quest to achieve this dream of flying, took him to many places around the country and to many different jobs, so aviation some not. He also goes on to discuss his unique perspective of the COVID-19 virus, since his spouse is a medical doctor. Will goes on to give some advice on what aviation resources he uses to stay in contact with his aviation communities such as: Women in Aviation, OBAP, NGPA, AOPA and Flying Magazine. He also uses Ravencareers.com as a news reference as well. Captain Kool also discuss some prudent financial thoughts to consider during these trying times, for those that are already in aviation, such as, ‘don’t make career decisions based off of speculation’. Will also discusses some other matters such as trying to stay current on your aviation reading as well as what aviation movies and books have been on his mind, while he has been at home.

This episode focuses on Michael Ancel, who at age 21 is working on his commercial pilot’s license, during his freshman year in college.   He discusses what it was like while earning his private and instrument ratings while in high school, with a full curriculum. Michael also talks about how he selected his major or Aerospace Engineering and why he chose his current college. Finally, we talked about a trip to JFK airport in a Cessna 172 to pick up his sister from college.

© 2020 OwlTail All rights reserved. OwlTail only owns the podcast episode rankings. Copyright of underlying podcast content is owned by the publisher, not OwlTail. Audio is streamed directly from Hunter Bevis servers. Downloads goes directly to publisher.