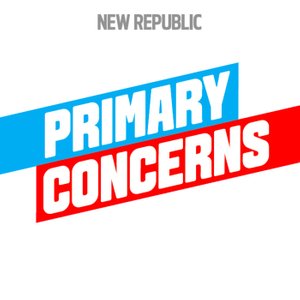 Explore the 2016 election and today’s political news with host Brian Beutler and his friends from both sides of the aisle. A weekly podcast from the New Republic.

Explore the 2016 election and today’s political news with host Brian Beutler and his friends from both sides of the aisle. A weekly podcast from the New Republic.

END_OF_DOCUMENT_TOKEN_TO_BE_REPLACED

The Republican Party's Descent Into the Dark Ages

Read more
It’s hard to boil down all the ways the Trump campaign and presidency have reshaped American political norms into a single conceptual frame.

But in his new, best-selling book Devil’s Bargain: Steve Bannon, Donald Trump, and The Storming of the Presidency, Businessweek’s Joshua Green has done just that. He joined New Republic Senior Editor Brian Beutler in studio to discuss the duo's impact on politics, and whether there’s any going back to how things were before.

Read more
Trumpcare is dead! At least for now. Senate Republicans lack sufficient support to repeal and replace Obamacare, or do anything to the health care system on a purely partisan basis.

So what happens next? Will Republicans sabotage Obamacare for revenge? Will they feel compelled to stabilize the health care system? And how will congressional Republicans’ passivity toward Trump change now that their legislative agenda is in freefall.

The Trump-Russia Conspiracy Is Real

Trump and his allies have been caught in a full year’s worth of lies. Republican congressional leaders have been caught covering up a conspiracy. The question now is what anti-Trump forces can do to make accountability more likely.

Greg Sargent, author of the Washington Post’s Plum Line blog joined us by phone to discuss these issues and more.

Senate Majority Leader Mitch McConnell is just a few votes away from passing legislation that would reduce health insurance coverage by 22 million people.

Ironically, the impact would be most severe in his home state of Kentucky, where the Affordable Care Act covered half a million people—a huge percent of that state’s population.

The person most responsible for that success story is Kentucky’s former governor, Steve Beshear. He joined Primary Concerns by phone from Lexington to discuss GOP efforts to repeal Obamacare, and his prescriptions for a Democratic party revival.

Republicans are crafting a secret health care bill, and nobody has any idea how to stop them from passing it.

President Trump is champing at the bit to fire the Justice Department special counsel investigating him and associates for obstruction of justice, and financial and election-related crimes.

In the suburbs of Atlanta, voters will determine Tuesday night whether Democrats flip the conservative sixth district, and create a new benchmark for the political environment Trump’s presidency has created, or not.

Here’s how all these stories interlock.

The Trump administration is roiled by both political and substantive crises. At a basic level, Trump doesn’t know how to run the government, or think in terms of the public interest. And at an acute level, he is mired in the scandal of the century. On Thursday, fired FBI Director James Comey testified that Trump is an abject liar, and without explicitly saying so, left no doubt he believes Trump obstructed justice as well

The interaction of these crises is particularly striking to people who have worked in high levels of both politics and governing. Ron Klain was chief of staff to the Vice President in the Obama and Clinton administrations. He joined me in studio to assess this perilous moment.

The Self-Incrimination of Donald Trump

President Trump fired FBI Director James Comey; Deputy Attorney General Rod Rosenstine appointed Comey’s friend, former FBI director Robert Mueller, to oversee the investigation as Justice Department special counsel; And a large number of leaks points to the likelihood that Trump himself has attempted to obstruct justice. With the similarities to Watergate mounting, we brought Miller back to the program to reassess the scandal and where the investigation might lead.

Read more
Donald Trump’s decision to fire FBI Director James Comey in order to obstruct Comey’s Russia investigation has shocked the conscience of nearly everyone in politics. But because Trump’s party controls Congress, it is scarily plausible that he will get away with it. If he does, the harm done to rule of law in the country will be difficult to recover from.

Susan Hennessy is a national security studies fellow at the Brookings Institution and managing editor of the website Lawfare. She joined New Republic Senior Editor Brian Beutler from the Brookings studio to assess the potential damage and what can be done to stop it.

Read more
All eyes are on the Senate after House Republicans passed the American Health Care Act. Will Senate Republicans follow suit? What can Democrats do to stop them? And what would a repeal of the Affordable Care Act mean for Democratic politics going forward.

Brian Beutler sat down with Senator Chris Murphy in his Capitol Hill office to discuss the Republican healthcare sales job, the resistance movement, and how he's adjusted his strategic approach to politics in the Trump era.

Read more
Glenn Greenwald returns to the podcast to discuss what lessons the media, Democrats, and progressives should draw from 2016 as they turn to the elections ahead.

Read more
Massive Democratic over-performance in multiple special elections has captured the attention of both liberals and conservatives wondering whether the Trump backlash will stymie the Republican agenda or even win Democrats control of the House in 2018. Nobody knows if this trend will continue, just as we don't know what the economy will look like in eighteen months, or what Trump himself will do between now and next November. One thing we do know though is that his administration will continue to be bogged down in scandal, including perhaps the biggest scandal in American History.

Brian Fallon worked on Capitol Hill and in the Justice Department for years before serving as Hillary Clinton's campaign press secretary. He spoke with New Republic Senior Editor Brian Beutler about politics, the backlash to Donald Trump and how revelations about the Trump campaign's ties to Russian intelligence are likely to shape both.

When Your President’s a Fox News Addict

Read more
Despite being a notorious grifter, Donald Trump was an unintended mark for Fox News. That’s great news for them. For the rest of us? Alex Pareene and Brian Beutler discuss the collateral damage in episode 51 of Primary Concerns.

Read more
Former Principal Deputy Assistant General in the US Department of Justice Civli Rights Division Samuel Bagenstos comes on the show to talk to New Republic Senior Editor Brian Beutler about the mire of Republicans’ healthcare reform efforts, and how Neil Gorsuch stacks up as a Supreme Court nominee.

Read more
Matthew Miller draws on his experience as Director of Public Affairs at the Justice Department under Attorney General Eric Holder to chat with New Republic Editor Brian Beutler about James Comey's words and actions regarding the investigation into Hillary Clinton's emails and current investigations into any potential collusions between Russia and the Trump campaign.

How Many iPhones Will YOU Have to Sell to Afford Trumpcare

Making Sense of the Hot Mess on Capitol Hill

Read more
The turmoil and dysfunction in President Trump’s administration have persisted despite the White House’s (and the commentariat’s) fond hope that his first address to Congress would set the wind at his back. Ironically, this has taken the political spotlight away from the White House and moved it to Capitol Hill. Will Congressional investigators do their jobs? Will Republicans be able to advance a legislative agenda without presidential know-how or guidance? Where is the god damn Obamacare repeal bill?! New Republic Senior Editor Brian Beutler spoke with George Washington University professor and Brookings Institution senior fellow Sarah Binder to try to answer those questions.

Don't Compare the Trump resistance to the Tea Party

Read more
There’s a strong temptation in politics to compare mass protests in support of Obamacare to the tea party protests of 2009, which nearly derailed health care reform before it passed. Jesse Ferguson thinks the comparison is flawed. Jesse worked on Capitol Hill during the law’s creation and for Hillary Clinton’s campaign in 2016. In the wake of Clinton’s defeat, he turned his efforts to saving the law from repeal. But in 2013, he was diagnosed with a rare form of cancer, which makes the fight an unusually personal one for him. Ferguson tells the New Republic's Brian Beutler about what he hopes to see from the latest batch of Town Hall protests

Who Should Run the Democratic Party?

How Donald Trump Could Both Revolutionize the Judiciary And Destroy It

Read more
The fact that Judge Neil Gorsuch had to criticize the man who nominated him to the Supreme Court perfectly encapsulates the horrifying tension between Donald Trump’s power to shape the judiciary and his inclination to trammel over it. Slate’s Dahlia Lithwick, host of the podcast Amicus, joins the New Republic’s Brian Beutler to discuss the crisis of authority facing the courts and to the crumbling distinction between law and politics that could define the Trump era.

Tom Perriello and the Triumph of Confident Progressivism

Read more
Tom Perriello represented the Virginia’s Fifth Congressional district during the height of Democrats’ Obama-era productivity. But unlike most Democrats from GOP-leaning territory, Perriello didn’t run scared from the Democratic agenda; to the contrary, he embraced it. Now, he hopes to bring the same ethos to the Virginia governor’s mansion. He joined New Republic Senior Editor Brian Beutler in studio to talk about his race, and whether it is a microcosm of the biggest debate in Democratic politics.