Updated about 20 hours ago

Drawing on new research, Peter White presents a history of disability in the 18th and 19th centuries.

Drawing on new research, Peter White presents a history of disability in the 18th and 19th centuries.

By Madeline4475 - Jul 04 2017
Read more
Although dry at times, the depth of information purveyed in this podcast about disabled folks throughout history was fantastic.

By 20digits - Mar 09 2016
Read more
Varies in quality of interviewees abilities to speak lively. Occasionally even below the quality of the worst class room drone

By Madeline4475 - Jul 04 2017
Read more
Although dry at times, the depth of information purveyed in this podcast about disabled folks throughout history was fantastic.

By 20digits - Mar 09 2016
Read more
Varies in quality of interviewees abilities to speak lively. Occasionally even below the quality of the worst class room drone

Updated by OwlTail about 20 hours ago

Read more
Peter White draws on the latest research to reveal the lives of physically disabled people in the 18th and 19th centuries. In this third episode, he challenges our modern ideas of freaks and freak shows.

Many disabled people who exhibited themselves in the 18th century were in fact wealthy entrepreneurs. Historians now argue that they were in charge of their own careers, and they challenged society's expectations of what disabled people could achieve.

Case studies include the artist Matthew Buchinger, who was born without arms or legs but became a performer to Royalty and a symbol of virility in the 18th century. Peter also discovers that 18th century dwarves could be delivered to your door in a box - if you were wealthy enough to pay for a private view.

With historians David Turner, Judith Hawley and Naomi Baker and voices from the past brought to life by actors Gerard McDermott, Ewan Bailey and Emily Bevan.

Read more
Peter White draws on the latest research to reveal the lives of physically disabled people in the 18th and 19th centuries.

Today, he explores ideas of beauty and deformity which had a real impact on the lives of people with disabilities.

In the 18th century, you could be transformed from beautiful to 'deformed' overnight. We hear the first-hand account of one woman who suffered this transformation - the writer Lady Mary Wortley Montagu, a society beauty who caught smallpox when she was 26: 'How am I changed! Where's my complexion, where the bloom that promised happiness for years to come?'

Mourning loss of beauty was not just natural human vanity, because beauty was thought of as a moral quality, not just skin-deep - and ugliness was deeply shameful. The belief was that outward deformity revealed inner wickedness.

Peter explores how this idea changed under the impact of a greater scientific understanding of the world. But surprisingly, science did not encourage more tolerance - in fact, it led to a much narrower definition of what was "normal". He also discovers that disability was thought to be contagious in the 18th century, and that all women were believed to be deformed because the ideal body was male.

With historians Naomi Baker and Judith Hawley, and historical sources including manuals for parents to correct the appearance of their children as well as 18th century doctors' advertisements. Voices from the past are brought vividly to life, with actors Emily Bevan, Ewan Bailey and Gerard McDermott. 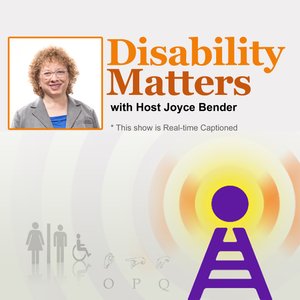 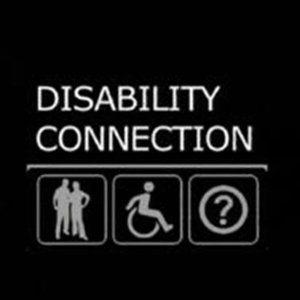 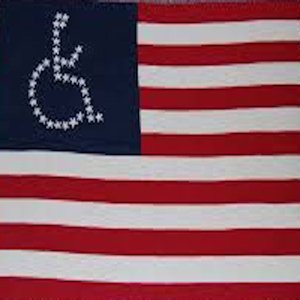 Ability Stories: Discussing the Successes, Challenges and Stories of People with Disabilities 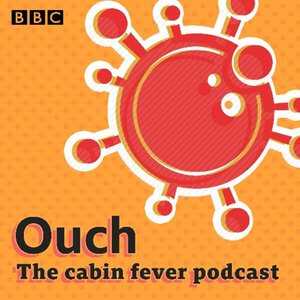 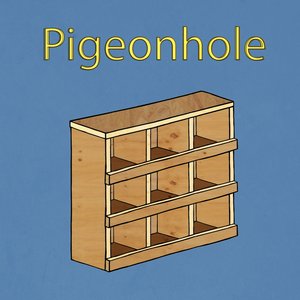 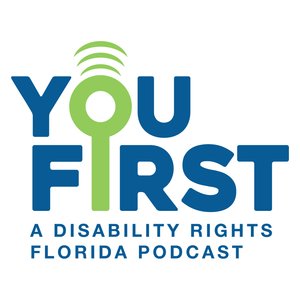 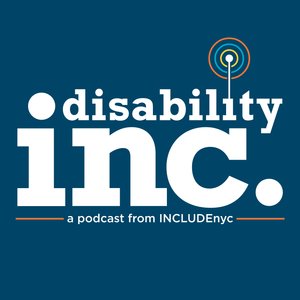 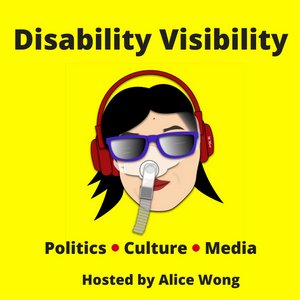 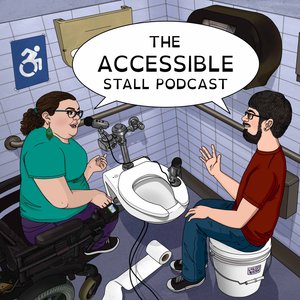 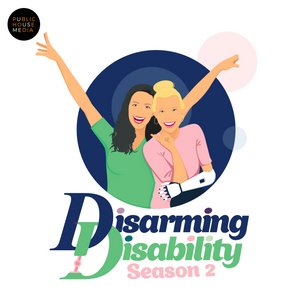 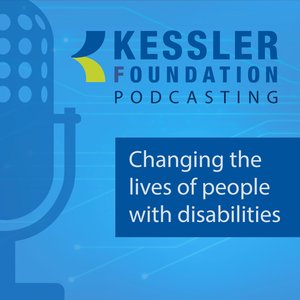 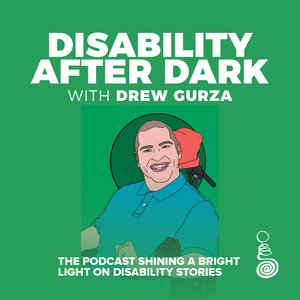 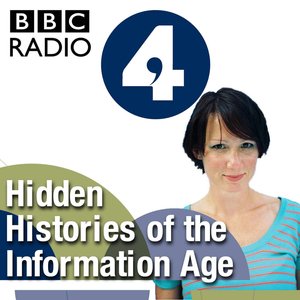 Hidden Histories of the Information Age 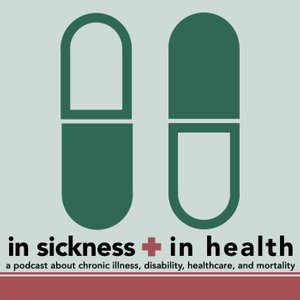 In Sickness + In Health: A Chronic Illness Podcast 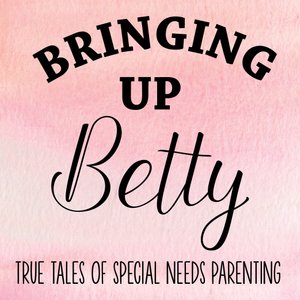 Read more
Peter White draws on the latest research to reveal the lives of physically disabled people in the 18th and 19th centuries.

Today - Finding a Voice: Peter discovers William Hay, an 18th-century MP born with spinal curvature who has left us a remarkably revealing account of his life.

Peter comments, 'This series has been full of surprises for me - surprises even after making programmes about disability for 30 years. But perhaps this discovery has been for me the most startling. It's a book which very few people know about, and even fewer have read - a personal exploration of what it's like to be disabled in the 18th century. It's full of insights we like to think of as modern.'

In his book 'On Deformity', William Hay describes his life as a disabled MP, in Parliament and on the streets. He reveals the daily humiliation of being a man of restricted growth and his fear of rowdy crowds. But he also proudly challenges the conventional thinking of the time that his disability makes him ill. He gives advice to other men in his situation about which careers they should follow. And he excels at self-deprecating humour - sometimes, he confesses, he feels like 'a Worm'.

Hay's essay is seen by historians as ground-breaking - because in William Hay, disability had for the first time found a voice. But Hay is a challenging role model for modern disability activists.

Read more
In the final part of his series, Peter White reveals the birth of a modern disabled identity in the 19th century - through the lives of some extraordinary independent blind women.

Peter says, 'I'm used to people describing me as disabled. Fair enough, I can't see. But I do wonder sometimes whether putting me into a disabled category really makes much sense. Some of my best friends use wheelchairs, but the truth is our needs could hardly be more different. I fall over them, they run over me! But over the last 40 years, disabled people have needed a collective identity to make change possible, to break down discrimination in jobs, transport, in people's attitudes generally.

People have tended to think that this sense of collective identity in Britain began after the First World War, when so many men returned with very visible injuries. But the evidence I've uncovered making this series reveals it to have begun much earlier.

This evidence comes from new research into the lives of blind women in the 19th century. We hear the stories of two extraordinary women who fought the conventions of their time, Adele Husson and Hippolyte van Lendegem. Independent, critical, angry - their voices are very modern, and research into their lives challenges accepted wisdom about the history of the disability movement.

Read more
Disabled children are everywhere in popular fiction - Tiny Tim, What Katy Did, The Secret Garden. But what about the real children of the 19th century? What were their lives like, and where can we hear their voices?

In this 9th programme in the series, Peter White searches for documents which reveal the reality of children's lives.

He discovers new research into the history of the Brave Poor Things, a charity which set out to 'save' disabled children across the country through organised games, outings, and a Guild song:

'A trouble's a ton, A trouble's an ounce
A trouble is what you make it.
And it isn't the fact that you're hurt that counts
But only how did you take it.'

The literature of the Brave Poor Things includes quotes from children - like this girl:

'O! I am so glad to be a cripple!' said a happy-faced girl one day when away in the country. 'Glad?' questioned someone. What DO you mean? And she answered, 'I can't help being glad. It is so beautiful to belong to the Guild, and I couldn't unless I had lost my leg.'

That's from fund-raising propaganda - but it's not a real girl's voice. Using images of pathetic children to raise money for charity has had a powerful legacy.

Just occasionally, there is a real child's voice. Peter discovers a letter from a little girl in a Swansea Institution for the Deaf and Dumb, and it is almost unbearably moving:

'I do feel homesick. When are you coming to see me? Do you know how long I have to stop here? The children are all dumb here, I am the only girl that can speak.'