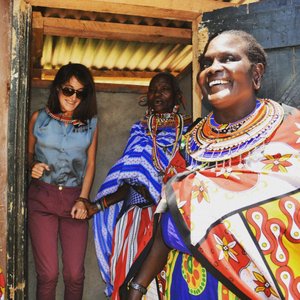 Reporter for the BBC World Service &amp; BBC Radio 4. Here are my stories - and some on the road stuff.

Reporter for the BBC World Service &amp; BBC Radio 4. Here are my stories - and some on the road stuff.

END_OF_DOCUMENT_TOKEN_TO_BE_REPLACED

Read more
Here's a cut of some of my work from 2018, mostly taken from my foreign trips to Algeria, Serbia, the US, Italy and Norway. All of these clips were originally broadcast on the BBC World Service and BBC Radio 4. Enjoy!

Read more
Trailer: How to live to 100, BBC News by

Read more
Here's my little story about the wonderful Zorgan Laroussi, my host and Dad for a week in south-west Algeria. I'm really fond of him, so thought I'd give his tale of love and loss some airtime. Enjoy...

Read more
Here's a quick trailer for my programme on fantasies. On air on Monday 16 April on the BBC World Service.

Read more
Here's the trailer for my new programme, on air in late April/early May 2018.

Read more
Hypnotism: Why would anyone allow a complete stranger to access their mind?

Running live from Monday 5 February 2018 and available on the BBC World Service podcast.

Read more
As part of this series of 'Feedback' on Radio 4(which I'm currently producing)we've set up a regular segment on a radio report or programme that has changed a listener's life. For this couple, radio didn't just alter their life course; it helped them to survive.

In 1984, Rob and Eeva John took a long weekend break to Lalibela in the north of Ethiopia, where they were taken hostage by an armed rebel faction. At the time, the world's attention was focused on the famine further south. Nobody knew they were being held - or so they thought. They managed to smuggle a tiny crackly transistor radio through and heard their names mentioned on the BBC World Service. From there, they knew they were safe. This is their story.

Read more
Here's the short version of my programme on mental health in Zanzibar in case you haven't got 26 minutes free to listen to the full programme.

BBC Radio 4: Zanzibar dispatch 'From Our Own Correspondent'

Read more
Zanzibar's mental health system is on the verge of collapse. I travelled across the island and met spiritual healers making a profit from the mental torment affecting thousands of people on this tiny island.

This dispatch was the lead story on BBC Radio 4 and the BBC World Service's 'From Our Own Correspondent', tx 14/10/17.

Read more
With only one psychiatrist and thousands of mentally-ill patients, Zanzibar is on the cusp of a mental health crisis. I travelled to the archipelago to meet some of those afflicted by psychotic, neurological and psycho-social disorders. What I found was mass mistreatment and exploitation at the hands of profiteering exorcists and herbalists. It makes for disturbing but compelling listening.

Here's the trailer for my programme, which will run in mid-October on the BBC World Service.

On the Road: Myanmar

Read more
Back on the road, in northern Myanmar.

This was, without doubt, the most challenging trip I've ever done, but along the way, I met Naw San, a 19 year old heroin and meth addict. I followed his story, meeting his family and going back to visit his school. We didn't end up using it in the final programme, so here it is!

Read more
BBC Radio 4 'World at One': Myanmar pkg by

Read more
The lives of a vigilante anti-drug squad leader, a jade mine tycoon and a heroin addict intertwine.

This was the lead dispatch on BBC Radio 4's 'From Our Own Correspondent' on 13 July.

To hear the full programme, go to: http://www.bbc.co.uk/programmes/p057w3f6

Read more
In the past few years, Iranians have flocked to Armenia to celebrate big festivals like Nowruz, or Persian New Year. I went to meet some of them as they took their first trip over the border from Iran to let their hair down, have a drink and dance until dawn.

Read more
Here's the trailer (or billboard) for my documentary from Myanmar, scheduled to run from Thursday 13 July. It has been a labour of love. Hope you enjoy the full piece. I'll stick the link to up here once it has been broadcast.

Read more
When the so-called Islamic State encircled and slaughtered more than 5,000 Yezidis on Mount Sinjar in northern Iraq, those who could fled. Lesser known are the handful of Yezidis who travelled to Armenia to seek sanctuary in rural communities like the one I visited, Araks.

Read more
Since the conflict in Syria started, more than 20,000 native Syrian Armenians have settled in Yerevan and the surrounding areas, setting up businesses in the service industry.

Unfortunately they haven't always been welcomed by Armenians, due to the impact the added competition has had on their profits.
I've changed the names to protect identities and run a lot of traditional accordion music underneath because I'm quite a fan.

Read more
When the so-called Islamic State encircled and slaughtered over 5,000 people, those who could fled to the refugee camps in neighbouring countries.

Lesser known are those who made the arduous journey to Armenia, seeking sanctuary among their fellow Yezidis.

I travelled to the south of the country to meet some of them.