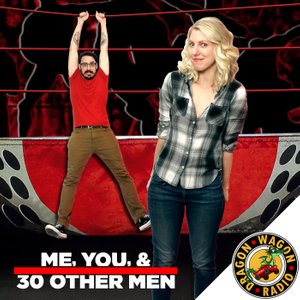 New Pro-wrestling fan Alexandra experiences decades of WWE history by way of the iconic 30-man Royal Rumble match along side her life-long wrestling nerd partner, Jake.In every episode they pick a Royal Rumble match at random out of the "jar-o-rumbles" and watch it in real time right along side you!Part of the Dragon Wagon Radio independent podcast network. 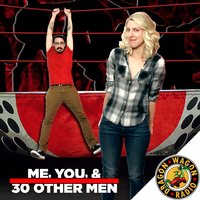 The streak of historic rumbles continues! 2001 comes out of the jar this week.  Many people would argue 2001 was one of the greatest Royal Rumbles of all time. On the road to Wrestlemania X-Seven it took place in New Orleans Arena in New Orleans, Lousiana and featured some of the most iconic names of the era including The Undertaker, Kane, Stone Cold Steve Austin, The Hardy Boyz, The APA, and The Rock. Be sure to Rate, Review &amp; Subscribe! And use #MeYouAnd30 to discuss the show on social media! Me, You, &amp; 30 Other Men is a part of the Dragon Wagon Radio Independent Podcast network. Visit the shop at www.dragonwagonshop.com and show your support by picking up some awesome T-shirts &amp; mugs!