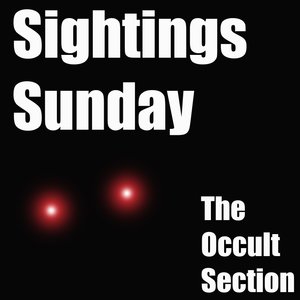 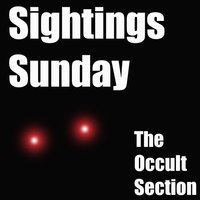 This week Jake and I talk about Mothman, the enigmatic flying creature that terrorized Point Pleasant, WV back in 1966 and 1967. We also discuss the Jersey Devil, the Dover Demon, the alleged flying humanoid seen over Coney Island, NY back in the 1800s, chupacabras, Slender Man, and Five Nights at Freddy’s . The post Sightings Sunday EP3 – Mothman appeared first on The Occult Section.

This week, my son Jake and I discuss UFOs and aliens, including some of our own personal sightings of weird things in the sky! The post Sightings Sunday EP2 – UFOs and Aliens appeared first on The Occult Section. 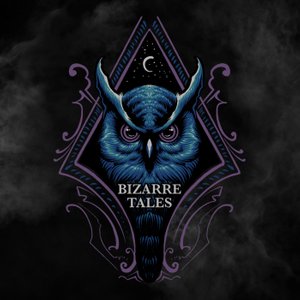 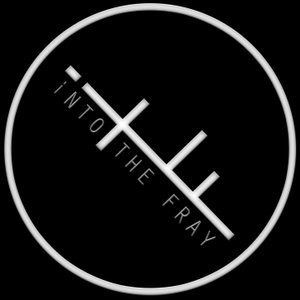 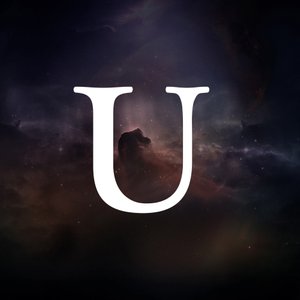 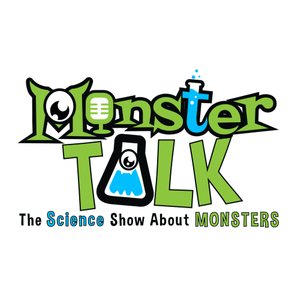 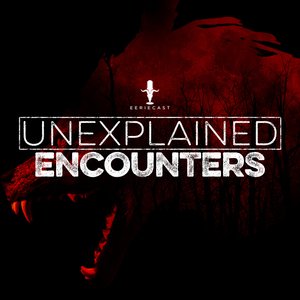 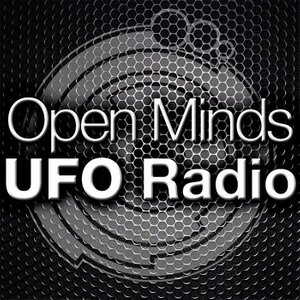 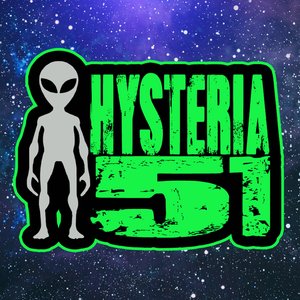 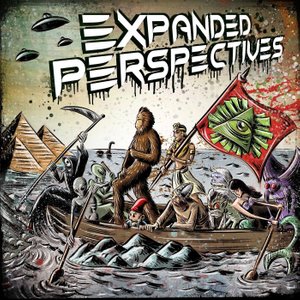 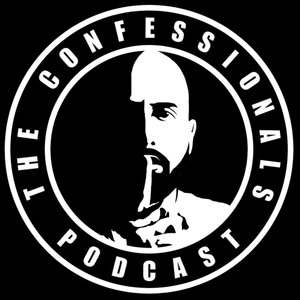 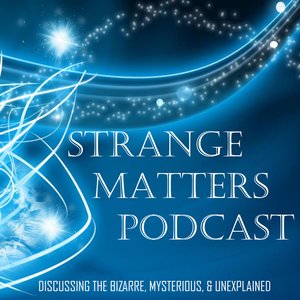 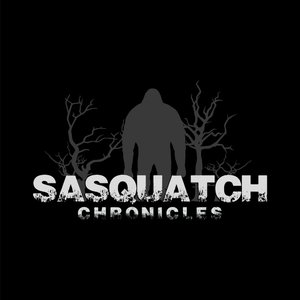 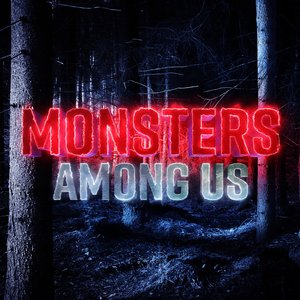 Monsters Among Us Podcast 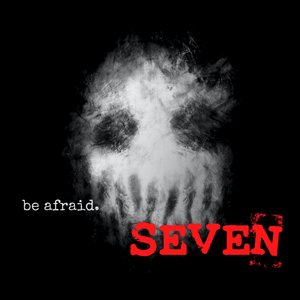 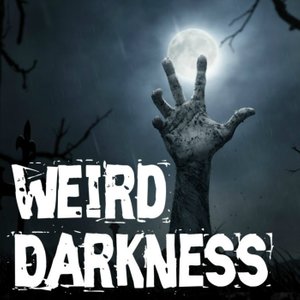 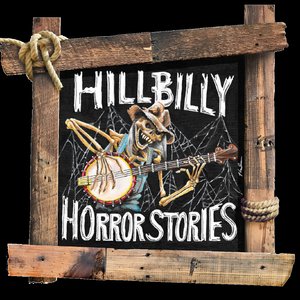 This week brings a little something different to The Occult Section, namely my first podcast. It’s something I hope to do on a regular basis, but before I get into all that, I just wanted to give a little backstory on what brought me here, and talk about another podcast I love, not just for inspiration but also because it, on many occasions, deals with the paranormal. About a month ago, I upgraded my phone to the iPhone 6s, and with a new phone brought new possibilities. I had more storage space and shiny new headphones, so I decided I’d get into listening to music again. Living in another borough of new York City, with a longer yet more comfortable commute, allows me to indulge in such a luxury. My old commute was four express train stops, hardly enough time to really get into an album. Anyway, as part of me re-downloading all of my music onto my new device (which is capable of storing more than the 15 photos and 3 songs my old device could handle), I started perusing podcasts, and one that I’d been wanting to check out for a long time was Talk is Jericho. Hosted by professional WWE wrestler and paranormal enthusiast Chris Jericho, it combined a few of my favorite things: pro wrestling, rock ‘n’ roll, and the paranormal. Jericho’s guests have included other pro wrestlers such as Daniel Bryan, Jesse Ventura (himself another source of inspiration for me, but that’s a story for another blog post), Stone Cold Steve Austin, A.J. Styles, Edge and Christian,  and more. Jericho also speaks to mainstream celebrities like William Shatner, Chris Hardwick, Dennis Miller, and rock stars such as Gene Simmons, Paul Stanley, and Dave Mustaine. All people I love. So what could be better? Of most interest to anyone reading this blog, Jericho has also interviewed the likes of cryptozoologist Loren Coleman, Bigfoot hunter Eric Altman, Josh Gates from Destination Truth, Amy Bruni of Ghost Hunters, and Zak Bagans of Ghost Adventures. Even on non-paranormal themed shows, Chris talks a lot about the paranormal. WWE’s Dean Ambrose did one episode where he and Jericho simply talked Bigfoot, ghosts, and the Loch Ness monster. Wrestling barely came up. He asked William Shatner if he believes in UFOs. There seems to be an underlying paranormal thread in a lot of his shows, and I am hooked. And not just because of the paranormal connection. Jericho is a great interviewer and gets people to open up about these things. Either way, you should check out the podcast. I’m addicted and listen every day. So how does this relate to me and my podcast? Well, Jericho’s son, Ash, is a fish expert at the ripe old age of about 10 years old, and he’s been on the podcast a few times. One of the water creatures he’s very much into is, you guessed it, Nessie. My son, at 8 years old now, is also very much interested in the paranormal, and has become a bit of a ham as of late, so I figured it would be fun to document some of our discussions on the paranormal. Plus I’m always up for learning new technology and mediums, so I figured a recording and editing a podcast could be fun. And who knows what it will grow into. I never thought this blog would become as popular as it is. I’m not sure how it will go, and I’m not sure who will be fascinated enough by listening to me and my third grader talking about the paranormal to download it every week, but here it is. Enjoy! The post Sightings Sunday EP1 – Bigfoot appeared first on The Occult Section.

Over the years, there have been many recordings of alleged Bigfoot calls. To date, I believe most of them have been explained away as being from known animals via audio analysis. The 1994 Howl from Columbiana County, Ohio, I believe is the only one that hasn’t yet been officially debunked. And to me, it’s the eeriest of the alleged Bigfoot calls. I saw this story and listened to the clip, and frankly, it doesn’t impress me. The quality is bad, and it could be almost anything. I’m not sure why someone created this meme with the Ancient Aliens guy talking about Bigfoot, but I’m using it. Matt Moneymaker would have been a better choice. But this is funnier. PENDLETON — Baby foxes or Bigfoot? The eerie late-night serenades began in November and emanate from a brushy swamp on the Umatilla Indian Reservation east of Pendleton. The cries range from high-pitched screams to basso profundo roars. “It’s causing an uproar around here,” said Sylvia Minthorn, who lives in a tribal housing unit near the swamp, where she used to play as a child. She’s seen grown men’s hair stand on end when the shrieks commence. Colleen Chance, a tribal housing authority employee, keeps a recording of the howls on her iPhone. “It’s kind of spooky,” she said. “Some say it’s foxes, some say it’s a female coyote and some say it’s Sasquatch. I don’t know what it is.” Listen: http://media.oregonlive.com/pacific-northwest-news/audio/bigfoot-howl.mp3 So far no one’s pinpointed the source of the noise on this rugged 178,000-acre reservation that extends into northeastern Oregon’s Blue Mountains and is home to about 1,500 people. The swamp in question borders the old reservation community of Mission, in a canyon north of the Wildhorse Resort and Casino. Phone calls about the wails started coming in last month to the housing authority, and the office has had a half dozen so far. More could come in because the cries are continuing from time to time. Some tenants of the reservation’s 190 rentals and 32 homes admitted being afraid and one man reported that his dogs were too terrified to go outside, said Josh Franken, the housing authority’s interim director. “This guy was rather scared himself,” Franken said. A rumor quickly spread that the cries were made by “a young Bigfoot that had got separated from the rest of his clan,” he said. It’s difficult to shrug off the accounts, said Marcus Luke, a housing authority homeownership counselor. Many on the reservation “are woodsy-type folks,” familiar with animals and not prone to taking fright at nighttime commotion, he said. Some members of the Confederated Umatilla, Walla Walla and Cayuse tribes believe the noises come from Bigfoot, the mythical manlike creature said to roam Pacific Northwest forests. Bigfoot is part of the tribal culture, tradition and spiritual beliefs, said Luke, a follower of the Washat, or Seven Drums religion, and a longhouse drummer and singer. “We have stories about it,” he said. Carl Sheeler, wildlife program manager for the tribes, said several animals in this corner of Oregon are known for making strange noises, including cougars. “When they are breeding, it is absolutely hair-raising,” he said. “And the first time a person hears a fox calling in the night, kind of echoing around the canyons, it raises the hair on the back of your neck,” Sheeler said. “That wetland is a perfect place to have an echoing call sound eerie.” But many who’ve heard the racket dismiss such notions. “Foxes do sound creepy,” said Sylvia Minthorn. “But it’s not the same sound, not even close.” Her mother, Denise Minthorn, believes more than one creature is out there in the darkness. She’s heard shrieks from two directions at once, as if two animals were communicating. “It was no noise I’ve ever heard before,” she said. “It was like barroom brawls and laughter.” Armand Minthorn, Sylvia Minthorn’s uncle and a tribal spiritual leader, said he may have stumbled onto evidence of Bigfoot’s presence while hunting in the Blue Mountains many years ago. “Right in the middle of the road was this great big footprint,” perhaps 16 or 18 inches long and manlike, he said. The enormous stride carried it across the road, leaving one footprint in the middle, he said. Nevertheless, he said, the current shrieks could be anything. “We probably will never know what made those sounds,” he said. I live in Brooklyn, and I can tell you I’ve heard plenty of weird things outside my window at night, and sometimes I can’t identify them. I’ve lived here my entire life, so I guess I could be categorized as an “expert” by the standards set in this article. Does it mean that mysterious creatures are making the sounds? Hardly. One of the eeriest things I’ve ever heard? Cats in heat. Sounds like children being murdered, and it’s extremely loud. I’m not saying this audio clip is definitely not Bigfoot, but maybe let’s let a real expert analyze it before we start attributing it to Sasquatch. East on Dwellable The post Bigfoot Calls on the Umatilla Indian Reservation appeared first on The Occult Section.

Ok, shameless self-promotion time once again. Tonight at 8pm ET, on the awesome Unknown Origins Radio show, I will be the guest, talking about our little blog here, The Occult Section. We taped the show a little over a week ago, and we talked about a variety of topics, just like we do here on the blog, everything from Bigfoot, ghosts and UFOs to Mothman and the strange sounds being heard all over the world right now and even some lesser-known cryptids. I was on the show once before, for their Paranormal Roundtable, and it was a great time, and this show was also a lot of fun. thanks to hosts Mark Johnson, Loren DePinto and Karrie-Ann Versace for being awesome and fun hosts. And while I didn’t get a chance to give shout outs during the show (and hour goes by incredibly fast), I have to thank Michelle Mason and Laura Pennace for their contributions to the blog and helping me get it to where it is today. And if you can’t catch the show tonight, you can always find it in the archived shows section of their website. The post The Occult Section on Unknown Origins Radio Tonight appeared first on The Occult Section.

© 2020 OwlTail All rights reserved. OwlTail only owns the podcast episode rankings. Copyright of underlying podcast content is owned by the publisher, not OwlTail. Audio is streamed directly from Sightings Sunday servers. Downloads goes directly to publisher.