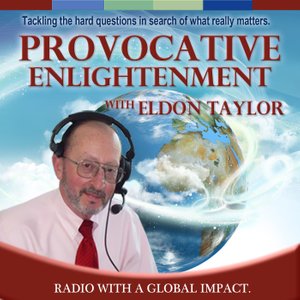 What does Enlightenment mean? Former criminalist, Eldon Taylor, believes that true enlightenment can only come when you learn to take charge of your own thoughts. Can you state that your beliefs truly are your own and not just adopted from ideas that are politically correct and mass approved? According to Eldon Taylor, free thinking is difficult for many reasons, ranging from the psychology of your being to the mass attempts to mold your thinking for the convenience of others! Join Eldon Taylor on Provocative Enlightenment, where nothing is too sacred to be discussed and everything is aimed at dissecting what it means to be spiritually aware in the 21st century. Provocative Enlightenment is for those of you interested in pushing the boundaries, creating waves, and breaking free! 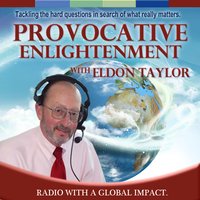 George Noory on the Kennedy Assassination and Other Plots

Noory, along with Richard Belzer and David Wayne, released “Someone is Hiding Something: What Happened to Malaysia Airlines Flight 370?” in February 2015. Scrutinizing the theories the media and politicians claim are the “most likely” reasons the plane crashed, they argue that if a year after a huge Boeing 777 has gone missing, and there’s still no sign of it whatsoever, it’s time to think outside the box.George Noory, host of the nationally syndicated program, Coast to Coast AM, says if he weren’t a national radio talk show host he’d be in politics. Heard by millions of listeners, Coast To Coast AM airs on approximately 564 stations in the U.S., Canada, Mexico and Guam.Noory captivates program listeners with his discussions of paranormal phenomena, time travel, alien abductions, conspiracies and all things curious and unexplained. He is driven, he has said, by the desire to solve the great mysteries of our time. From his first days as a radio broadcaster he says, “I’ve wanted to cover stories that the mainstream media never touch—the unusual, the paranormal and things like that. I learned that broadcast was the best business for exploring these issues, and I’ve been doing it for 33 years.”To learn more about Provocative Enlightenment Radio, go to www.provocativeenlightenment.com