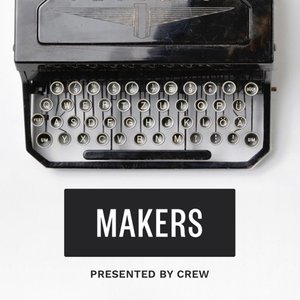 The best inspiration often comes from the most unlikely places. Makers is a new podcast and interview series by Crew that will give you an inside look at the unexpected life moments that impacted today’s most influential and experimental makers. Everyone from top designers to authors to architects will share the special moments that changed their lives. 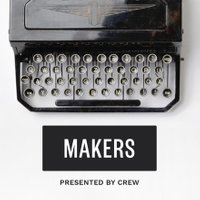 Chris Messina: The history of the #hashtag

What does it take to change the world? Do you have to be president of one of the world’s most powerful countries? Or a high-powered lawyer fighting injustice? Or can it be as simple as changing the way people communicate with one another?

In just a few short years, Instagram has gone from niche photo sharing app to more than 400 million users from around the globe. That’s almost half a billion people people who log in and see the app’s iconic logo at the top of their screen every single day, making it one of the most-viewed logos in the world. This is the story of that logo and the man behind it: Mackey Saturday.

Sambazon: Three guys, a girl, and a chance to save the world...

It’s hard to justify the idea of fate, destiny, or some pre-determined path that we follow. Life is too chaotic to believe that circumstances are anything more than just coincidence. But when you hear the story of Sambazon, you start to question where there isn’t more than serendipity pushing us forward.

Eliot Peper: Publishing a book trilogy in under two years

Art, so often, imitates life. For entrepreneur-turned-best-selling-author Eliot Peper, his own past experiences provided the necessary verisimilitude for his page-turning techno thriller trilogy Uncommon Stock.

Cat Noone & Benedikt Lehnert: A Baby, an Engagement and an Acquisition

As far as design power couples go, there are few that can compete with the incredible output, creativity, and talent of Berlin-based Cat Noone and Ben Lehnert.

Christoph Niemann: From NYC to Berlin. Leaving comfort for reinvention.

Christoph Niemann is an illustrator, artist, and author. His work has appeared on the covers of The New Yorker, WIRED and The New York Times Magazine and has won awards from AIGA, the Art Directors Club and The Lead Awards. His corporate clients include Google, St. Moritz, Herman Miller and The Museum of Modern Art. He is a member of the Alliance Graphique Internationale. He has drawn live from the Venice Art Biennale, the Olympic Games in London, and he has sketched the New York City Marathon — while actually running it. He created The New Yorker’s first Augmented Reality Cover as well as a hand drawn 360 degree VR animation for the magazine’s US Open issue. But all accomplishments and accolades aside, even artists at the top of their craft need a reinvention every once in a while. For Christoph, that was leaving the NYC editorial world to venture out on his own, in a new country with new challenges. Get 8% off your design or development project with our handpicked Makers Podcast network. If you have a project, Michael has personally vetted each member of the Makers Podcast network just for you. Go to http://crew.co/makers to get started today.

Tom Giannattasio: From 'HTML for dummies' To Building The Web Design Tool Of The Future

Some things in life come down to just dumb luck. Being in the right place at the right time. And then other times, it all comes down to hard work, perseverance, and the kind of grit the most of us want, but few of us actually possess.

Rachel Binx: How a love of travel took this Maker from jewelry designer to NASA

Back in 2006, Rachel moved from her home in New Mexico to California to attend Santa Clara University. It was here that her path would start to wind, going from the straight and narrow to a fascinating journey that encapsulates what it really means to be creative.

Adam Lisagor: Following passion and leaving the comfortable life behind

Video director, actor, and entrepreneur Adam Lisagor faced the fear early on in his creative career. Born in Camarillo, California—a quiet town in Ventura county—he grew up attracted to the bright lights of Hollywood blinking a mere hour and a half away. From an early age you could find Adam walking through town, camcorder in tow, or back at home editing together videos on his family's two VCRs. His career though, all started with facing that fear of creating something for yourself—of taking the passion that you feel inside of you and saying no to the comfortable, easy life. If Adam's story teaches us anything, it's that the only way to truly know what we're good at, and what value we can give to the world, is by just closing our eyes and stepping over the edge.

Ivan Cash: How a young artist found inspiration through incarceration

When you're raised in a household still basking in the fading light of the 70s free love experiment while attending a typical high school in the early 2000s, you're bound to face a bit of cultural friction. But the best ideas often come when we so desperately need a solution.

© 2020 OwlTail All rights reserved. OwlTail only owns the podcast episode rankings. Copyright of underlying podcast content is owned by the publisher, not OwlTail. Audio is streamed directly from Crew servers. Downloads goes directly to publisher.