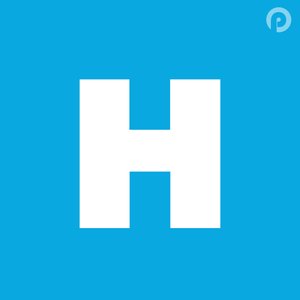 News, views and opinions of the harm reduction community 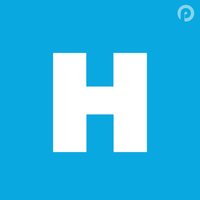 On the Event of the Passing of Philip Seymour Hoffman

The actor Philip Seymour Hoffman died of an apparent drug overdose on February 1st, 2014. Harm Reduction Coalition's Allan Clear and Sharon Stancliff pick through the response and ask “what can be done to avoid more unnecessary deaths?”

The overdose risk of using alone is well established. We put the message out to the drug using community that people shouldn't use alone. However there are really normal reasons as to why people like to do it. Ro Giuliano and Allan Clear explore this in the podcast.

This year’s meeting of the Commission on Narcotics Drugs is an expanded version of proceedings featuring a two day High Level Segment. Heather Haase of International Drug Policy Consortium http://bit.ly/1lRWKmR and Allan Clear get down to discuss the fracturing consensus among nation states and the control of poppy seeds and related bagel misuse.

Drugs in the Americas: OAS Slouching Towards Change

Drug policy change is afoot in the Americas. This podcast is a conversation with Donald MacPherson of the Canadian Drug Policy Coalition http://drugpolicy.ca/ It is a report back from the December meeting of the Inter-American Drug Abuse Control Commission (CICAD) http://www.cicad.oas.org/main/default_eng.asp. It reflects upon regional developments and how governments are coping and responding.

Johnny Volume of the Outer Boroughs talks about injecting in bathrooms both public and at the exchange, risky injection practices, monitoring syringe exchange bathrooms and smoking crack in the bathroom.

This week’s podcast focuses on the Law Enforcement Assisted Diversion Program http://leadkingcounty.org/ which “is a pre-booking diversion pilot program … to address low-level drug and prostitution crimes in the Belltown neighborhood in Seattle and the Skyway area of unincorporated King County.” A presentation from Seattle Police Department’s (Deputy) Police Chief Pugel from the International AIDS Conference (courtesy of our friends at the HCLU http://drogriporter.hu/en/hclu_tv ) and an interview with Kris Nyrop of the Defender Association. He originally spoke on this in December 2010. http://harmreduction.org/publication-type/podcast/twelve/ )

Bathrooms at syringe exchange programs have always been a venue for injection. 3 different programs which have addressed the issue talk about their strategies for making their bathrooms safer. Part 1 of 2.

The 2013 United Nations' Commission on Narcotics Drugs meeting took place in March. Harm Reduction Coalition's Sharon Stancliff and Allan Clear along with Heather Haase from the International Drug Policy Consortium http://idpc.net/ report back on the warm winds of change happening in the global arena. Report from Donald MacPherson of the Canadian http://drugpolicy.ca/2013/03/reading-between-the-lines/ and police briefing paper from IDPC http://bit.ly/14hI9IS

The war on drugs is a mechanism by which people with a history of drug use have their civil and human rights taken from them. Voting disenfranchisement is an example of how drug users get pushed outside of society. Ron Crowder of Nashville's Street Works http://street-works.org/ and human rights advocate, Brian Thompson, talk about how disenfranchisement affects them.