A series of podcasts on Design Theory and Methodology followed annually by all master students of the Faculty of Industrial Design Engineering at Delft University of Technology. Hosted by the course coordinators Peter Lloyd and Mieke van Der Bijl.

In the final DTM podcast Peter talks to Elisa Giaccardi, Professor of Interactive Media Design at IDE, about what design methods will look like in the future. They talk about how artificial intelligence and machine learning are changing the design process from something that is ‘user-centred’ into something much more dynamic. Elisa introduces the idea of how humans and computers can design together through ‘co-performance’. They also touch on the ethical issues involved when dealing with non-human intelligences.The interview is based on a book chapter by Elisa called ‘Technology and More than Human Design’ which explores how technology is impacting the design process. She mentions her PhD supervisor Roy Ascott, who has been a strong influence on many well-known designers and artists throughout the world. On page 6 of his book ‘Art, Technology, Consciousness’ he talks about the idea of ‘seeding’ that Elisa refers to. She also quotes from the much-cited social anthropologist Tim Ingold, who writes in his book ‘Correspondences’ about different modes of interaction between humans and non-humans. Ingold has published many interesting books touching on the cultural and contextual aspects of designing.In the discussion Mieke mentions the work of John Seely Brown, who was director of the world-famous Xerox Palo Alto Research Centre (PARC). In a video titled Sense-making in our Post AlphaGo World he explores the “rapidly changing, broadly connected and radically contingent world and the lenses needed to frame, or reframe, the challenges that technological advances have pushed forward”.Peter also mentions an idea called ‘negative capability’, the ability to embrace uncertainty and be comfortable in situations of ambiguity. The idea originally comes from the Romantic Poet John Keats! This short blog post provides more context and further links to explore the subject if you are interested.

Mieke talks to Peter about his knowledge of the history of design methods. She then discusses the interview with Annemiek van Boeijen, one of the editors for the Delft Design Guide, available in the IDE bookshop, with a second edition coming soon.Peter recently published a paper called: You make it and you try it out: Seeds of design discipline futures which presents the ideas he talks about in the podcast, describing the development of design methods from the early 1970’s to the present day. His inspirations the classic Design methods: Seeds of human futures by John Chris Jones. The introduction to the 1980 edition of Jones’ book is especially interesting as it reflects on how his original methods were received, and illustrates how he embraced chance-based methods of design.Peter also mentions another well-known work in design methods called Dilemmas in a general theory of planning by Rittel and Webber in which they give 10 key characteristics that define design problems as ‘wicked’. This is a term that has recently become popular again as ideas about complexity in design have resurfaced. Peter mentions the conjecture – analysis model of designing which is described, along with other models of designing, in Models of the design process: Integrating across the disciplines by Norbert Roozenburg and Nigel Cross.Nigel Cross is one of the leading figures in current day design methods and a former Professor at Delft (he was also a major figure in the development of design thinking). You can read the lecture he gave when he left the IDE faculty: The method in their madness: Understanding how designers think where he makes the straightjacket / life jacket distinction for design methods referred to by Peter.In the discussion following the interview Mieke mentions the Delft service design firm Muzes as experts in using context mapping.

Mieke talks to Nazli Cila from Amsterdam University of Applied Sciences about the use of metaphors in product design. She then explores this topic further in short interviews with designers Renée Schuffelers and Willem Mees van der Bijl, and in a discussion with Peter in the studio.

In this penultimate DTM podcast Peter talks to one of his colleagues at Delft, Professor Matthijs van Dyke. Matthijs is a Professor of Practice and co-author of the well-known Vision in Product Development (ViP) method. Matthijs is not only an educator though. His main job is working at the design business he co-founded: Reframing Studio in Amsterdam, where he has built up considerable expertise in design working with major clients and organisations. In the podcast Matthijs reflects on his changing role in the business, what his core expertise is, and why he doesn’t think that trying to categorise people into different levels of expertise is useful. Following the interview Peter and Mieke discuss what they think about design expertise, pulling out some key themes from the interview with Matthijs. Total running time is 35 minutes.Peter introduces a book by Bryan Lawson and Kees Dorst called Design Expertise (also mentioned in the Assignment 2 description) which gives an overview of how designers develop across many different disciplines. There are some excellent case studies of how top designers work – a recommended read. The different ‘levels of design expertise’ that the book quotes is from a paper by Hubert and Stuart Dreyfus called Expertise in Realworld Contexts which is an insightful look at why it is difficult (or impossible) to encode human expertise into computer code. Bryan Lawson has written much about the design process and the expertise of designers, and Mieke mentions one of his papers about how designers make sense of new situations through their experience: Schemata, Gambits and Precedent: Some Factors in Design Expertise.Peter mentions a bestselling book by Malcolm Gladwell called Outliers: The Story of Success, which amongst other things discusses the idea that becoming an expert ‘simply’ takes 10,000 hours. Finally if you want to follow up on the cooking documentary that Peter mentions, ‘Salt, Fat, Acid, Heat’, it is currently playing on Netflix. 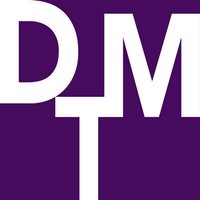 Peter talks to Jocelyn Bailey, an expert in using participative processes in the design of complex social systems. Jocelyn has worked with members of the UK Parliament to raise awareness of design approaches to solving complex problems, she has worked with USCreates, and recently completed a PhD thesis on emerging practices of design in the UK government. In the interview they talk about the different ways of including people in the design process and what can sometimes go wrong. They also discuss problems with finding the right people to codesign with, and appropriately representing specific population groups. Following the interview Peter and Mieke discuss the difference between participation and codesign, why sometimes not including designers in a codesign process can work better, and why designing your own method is best.