The best podcast episodes on global issues affecting everyone. Covering topics such as the #metoo movement, climate change, the impact of technology and some of the biggest global issues facing us right now. For anyone interested in learning more about the world, and some of the issues we're facing, pick an episode below and start listening! Add episodes you're interested into your queue below!

The best podcast episodes on global issues affecting everyone. Covering topics such as the #metoo movement, climate change, the impact of technology and some of the biggest global issues facing us right now. For anyone interested in learning more about the world, and some of the issues we're facing, pick an episode below and start listening! Add episodes you're interested into your queue below!

There are only a handful of websites that I read religiously. One of those is MarginalRevolution.com, started by my next guest, Tyler Cowen.

Other than hosting one of the most popular economic blogs in the world, Tyler is also an economics professor at George Mason University, a regular New York Times columnist, and the author of over a dozen books, including Average is Over, and The Complacent Class.

With such a prolific guest, it’s no wonder that we cover a lot of ground. In this episode, we discuss:

And much more, including Tyler’s thoughts on minimum wage, bitcoin, and his favorite television programs.

If you want to upgrade your thinking so you’re prepared for the brave new world that’s rapidly developing before our eyes, you won’t want to miss this fascinating episode.

GO PREMIUM: Support the podcast, get ad-free episodes, transcripts, and so much more: https://fs.blog/knowledge-project-premium/ 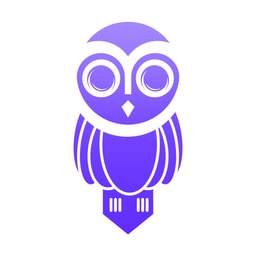 The lies our culture tells us about what matters.

Read more
Our society is in the midst of a social crisis, says op-ed columnist and author David Brooks: we're trapped in a valley of isolation and fragmentation. How do we find our way out? Based on his travels across the United States -- and his meetings with a range of exceptional people known as "weavers" -- Brooks lays out his vision for a cultural revolution that empowers us all to lead lives of greater meaning, purpose and joy.

What has fueled hostility between these North Korea and the US for decades? On this episode, NPR revisit the tangled history that helps explain how we got to where we are today. Why and how the Kim dynasty started and what drives it today.

Read more
President Trump and North Korean Leader Kim Jong Un are preparing to meet for a second nuclear summit. What has fueled the hostility between these two countries for decades? On this episode, we look back at the tangled history.

How much should our governments track us? with Edward Snowden

Snowden worked in the CIA and NSA and became increasingly alarmed with what the US government was doing. In 2013 Snowden became a whistleblower who copied and leaked highly classified information from the National Security Agency. “I saw something wrong. The government was violating the law and what I believed to be the Constitution of the United States, and more broadly human rights, for everyone in the United States and around the world. There were domestic surveillance programs. There were mass surveillance programs. Basically, everything that they could monitor, they were monitoring.” – Edward Snowden Snowden has been living in exile in Russia for years. Learning about him and what governments are up to is key to understanding the current cybersecurity debate. "If you see fraud, and you don't say fraud, you are a fraud." Taleb. “The system, the world, the future gets worse every day that we don’t do something about it. Every day that we stay silent about all the injustices we see, the world gets worse. Yeah, it’s risky. Yeah, it’s uncomfortable. But that’s why we do it. If we don’t, no one else will. All those years I was hoping for someone else to come forward, and no one did, I was waiting for a hero. There are no heroes; there are only heroic decisions. You are never further than one decision away from making a difference… You don’t have to save the world by yourself. In fact, you can’t. All you have to do is lay down one brick. All you have to do is make things a little bit better in a small way so that other people can lay their brick next. Together, day by day, step by step, year by year, we build a foundation of something better.” – Edward Snowden

Read more
Edward Snowden is an American whistleblower who copied and leaked highly classified information from the National Security Agency in 2013 when he was a Central Intelligence Agency employee and subcontractor.

Sam Harris speaks with Ricky Gervais. They discuss fame, the effect of social media, the changing state of comedy, offensive jokes, Louis CK, political hypocrisy, Brexit and Trump, the state of journalism, and other topics. "You can make you jokes bullet proof at the time but now you have to make them bullet proof for 10 years time." "Comedy is an exaggeration. It's not my job to be fair." "You are allowed to laugh at bad things without being bad people." “Everyone knows that you can make a joke about race without being racist.” “Ten thousand people are laughing, you don’t care about one heckler. Sometimes I explain the joke to people, and the people who got it are angry... And I have to say, when a comedian apologizes, I go oh, ‘F***ing don’t apologize!’ You can’t please everyone, and you shouldn’t. You can’t legislate against stupidity, and you shouldn’t.” “You have conspiracy theories start, like his whole base is racist, which clearly can’t be true,” Gervais says. “Some people just voted Republican. Some people hated Hillary. . . . The swing vote was a certain percentage of people who’ve been tired for the last ten years of being told what they can say and do.”

In this episode of the podcast, Sam Harris speaks with Ricky Gervais. They discuss fame, the effect of social media, the changing state of comedy, offensive jokes, Louis CK, political hypocrisy, Brexit and Trump, the state of journalism, and other topics.

Kai-Fu Lee on Artificial Intelligence... and why we are nowhere near 'General AI'

Kai-Fu Lee is a prominent Artificial Researcher who has a PHD from Carnegie Mellon, has worked at Google and Microsoft in senior positions and now resides in Beijing. Lee describes the high-stakes battle between the West and China in artificial intelligence and what it means for the future of work. General AI is where computers surpass human intelligence. Lee argues that we've had recent advances in deep learning (eg ability to recognise objects, words, translation etc) but that we need 10x similar breakthroughs (such as common sense, planning, strategy, feeling, creativity, ability to communicate with people) to get to General AI. One interesting nugget: real time translation between languages should be available in a few years making learning a language not something needed. The reason to learn a language will be closer to why you would want to learn Latin now.

Kai-Fu Lee on the future of AI

Technologist Kai-Fu Lee describes the high-stakes battle between the West and China in artificial intelligence and what it means for the future of work.

This 1st hand account from Yasmine Mohammed about being indoctrinated into conservative Islam, having an arranged marriage to someone who became a terrorist and then finally her story of leaving him and the faith. Seriously, this is fascinating! Yasmine Mohammed is a human rights activist and writer. Her most recent book is "Unveiled: How Western Liberals Empower Radical Islam."In the podcast Sam and Yasmine discuss Yasmine's family background and indoctrination into conservative Islam, the double standard that Western liberals use when thinking about women in the Muslim community, the state of feminism in general, honour violence, the validity of criticizing other cultures, and many other topics.

In this episode of the Making Sense podcast, Sam Harris speaks with Yasmine Mohammed about her book "Unveiled: How Western Liberals Empower Radical Islam." They discuss her family background and indoctrination into conservative Islam, the double standard that Western liberals use when thinking about women in the Muslim community, the state of feminism in general, honor violence, the validity of criticizing other cultures, and many other topics.

The rate of progress in the U.S. has slowed

Hear Mark Zuckerberg (Facebook CEO), Patrick Collison (Stripe CEO) and Tyler Cowen (popular podcaster on the nature and causes of progress. Between 1920-1970, productivity growth in the U.S. hovered between 1.7-1.9%/year. Nowadays, most economists think it’s much lower (~0.4%).“One of the most important facts in the world.. is that the rate of progress hasn’t been constant” – Patrick Collison. Between 0 and 1700/1800, the rate of progress was relatively constant/slowly improving (measure by metrics like reduced infant mortality, increased life expectancy, and average income). Around 1750, something happened: The advent of the Industrial Revolution and modern science brought significant change (incomes improved, life expediencies increased, and many technologies were developed)

Over the past year Mark Zuckerberg has held a series of interviews themed around technology and society. This conversation with Tyler and Patrick is the last in that series, and covers why they think the study of progress is so important, including how it could affect biomedical research, the founding of new universities and foundations, building things fast, housing and healthcare affordability, the next four years of the Chan Zuckerberg Initiative, and more.

Sam Harris has one of the most popular podcasts there is. He is of the view that not all religions and terrorists groups are 'equal'. Some are far worse than others, and that saying so is not 'racism' but rather a fair reflection of reality. Specifically he says there is a greater threat from Jihadism than white supremacy. In this fascinating episode Harris addresses listener concerns that he uses a "double standard" to evaluate the relative threats of white supremacy and Jihadism.

#167 — A Few Thoughts on White Supremacy

In this episode of the Making Sense podcast, Sam Harris addresses listener concerns that he uses a "double standard" to evaluate the relative threats of white supremacy and jihadism.

Our intuition about the future is linear. But the reality of information technology is exponential, and that makes a profound difference.

"If I take 30 steps linearly, I get to 30. If I take 30 steps exponentially, I get to a billion." The power of exponential growth. Ray is one of the most famous futurists. "Halfway through the Human Genome Project, 1 percent of the genome had been collected after seven years. So mainstream critics said, "I told you this wasn't gonna work. You're at seven years, 1 percent; it's going to take 700 years just like we said." My reaction at the time was: "Wow we finished 1 percent? We're almost done." Because 1 percent is only seven doubling from 100 percent. It had been doubling every year. Indeed, that continued. The project was finished seven years later. That's continued since the end of the genome project—that first genome cost a billion dollars and we're now down to $1,000."

Ray Kurzweil on what the future holds next

Join Chris for a very special conversation with legendary inventor and computer scientist Ray Kurzweil, recorded live onstage at TED2018. Listen in to hear what the man who makes a living from predicting the future arc of technology thinks is coming our way next – including the specific prediction of when he thinks technology will finally gain human levels of language understanding.

Find the transcript at: go.ted.com/interviewkurzweil