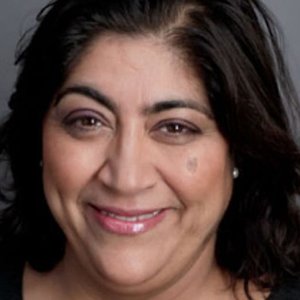 What does it mean when you are the first to 'be seen'? In 2018, Constance Wu received a Golden Globe Best Lead Actress nomination. She was the first Asian woman in 44 years to be named in the category for her historic role in Crazy Rich Asians, the first Hollywood film in 25 years to feature an all-Asian cast. After a tweet bemoaning the hit Chinese American sitcom Fresh Off The Boat, which launched her career, she was ‘cancelled’ by many from her own community. Wu talks to us about the pressures of representation and being seen.What is our responsibility in what we show people? Zara McDermott, social media influencer, former Love Island reality TV star and now filmmaker, talks to us about the responsibility we have in reflecting a balanced and authentic image of ourselves online. In Zara’s recent BBC Three documentary, Disordered Eating, she questions her responsibilities as a social media influencer.How can we help others be seen? Dr Jess Wade is a physicist from Imperial College London who creates wiki profiles for women in science. Wikipedia is the largest and most-read reference work in history, yet Jess says only 19 percent of profiles are of women. She tells us how and why she hopes to change that.What if you see yourself in someone but choose the path not taken? Rotherham listeners, Becky and her mum Jackie, discuss how they do and don’t see themselves in each other.If you met your hero, what would you say to them? An intergenerational conversation between two women who inspire each other: Gurinder Chadha is the Director of the landmark film Bend It Like Beckham which turned 20 this year, and Charitha Chandran plays Edwina Sharma in season two of the hit Netflix period drama Bridgerton.Presenter: Jessica CreightonProducer: Surya Elango

In conversation with Gurinder Chadha OBE: recorded live at the London Podcast Festival

Recorded before a live audience in London in September 2022, this very special episode of Film Stories sees Simon in conversation with writer and director Gurinder Chadha OBE.They chat about her early days, how she broke into movies with I'm British But... and the wonderful Bhaji On The Beach. And then she takes us through tales of films such as Bend It Like Beckham, Angus Thongs &amp; Perfect Snogging, Viceroy's House, What's Cookin' and Bride &amp; Prejudice. Be sure too to keep an ear out for the audience gasp when Gurinder reveals the movie she turned down... Hosted on Acast. See acast.com/privacy for more information. 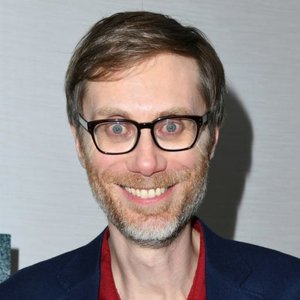 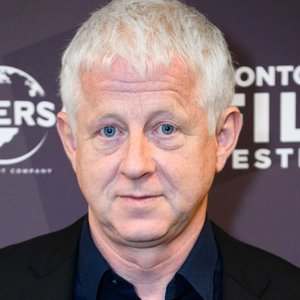 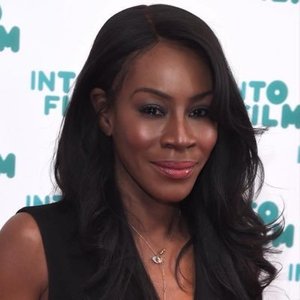 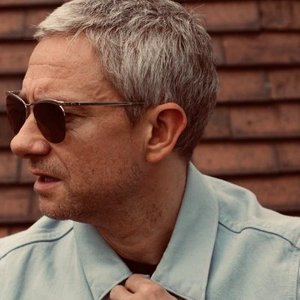 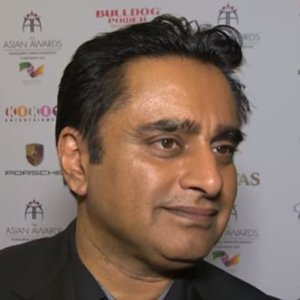 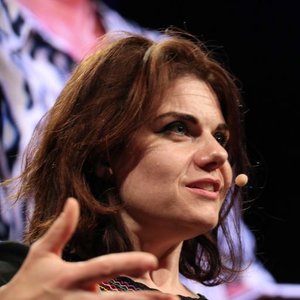 Gurinder has changed the landscape of cinema - not only for Brits or UK Asians but for the whole world. She’s a director, writer and a great friend who talks openly about how the movie industry responded to Black Lives Matter and the Me Too movement. She’s also got some amazing projects coming up! This lady is an inspiration and I’m so grateful she’s kicking off the brand new podcast!

The White Tiger: Ramin Bahrani in conversation with Gurinder Chadha

Welcome to the Directors UK Podcast!This episode comes from our White Tiger Q&amp;A, where Ramin Bahrani spoke to Gurinder Chadha about the making of his acclaimed film. Ramin spoke to Gurinder about acting and improvisation, his camera set ups, and the cultural experiences and differences he felt shooting the film.We hope you enjoy the show!Music: Loyalty Freak

On receiving a hug, a kiss, and a whispered sentiment from Bruce Springsteen, reading secret documents about British involvement in the Partition of India, and juggling eight upcoming film projects, Gurinder Chadha goes Out to Lunch with Jay. Gurinder and Jay chat over a delicious Chinese feast courtesy of Hakkasan in Mayfair (https://hakkasan.com/) A Somethin’ Else and Jay Rayner production For the exciting new range of OTL merch, head to: https://kontraband.shop/collections/out-to-lunch Learn more about your ad choices. Visit megaphone.fm/adchoices

Gurinder Chadha doesn’t make dance films or musicals – but with the slightest nudge, films like Bend It Like Beckham, Bride and Prejudice and Blinded by the Light could easily become full-blown song-and-dance spectaculars. On Why Dance Matters, Gurinder describes how dance formed her own British-Asian identity – from kathak classes to daytimers – and how she encourages her cast and crew to have a bop on set. And, speaking as the UK edges out of lockdown, she explains why live audiences are just as crucial in cinema as in dance. About Gurinder Chadha Gurinder Chadha is one of the UK’s most proven and respected film directors and producers. Her award-winning films include Bhaji on the Beach, Bend It Like Beckham, Bride and Prejudice, Angus, Thongs and Perfect Snogging and Viceroy’s House. Recently, Gurinder created Beecham House, an epic drama series set in India in 1795 (ITV and Masterpiece/PBS). Her films have received awards and nominations from, among others, the Golden Globes, BAFTA, European Film Academy, and the Writers Guild of America. Find out more about the RAD: https://bit.ly/2T8RkNd Follow the RAD on social media, and join the conversation with host David Jays Instagram @royalacademyofdanceFacebook @RoyalAcademyofDanceTwitter  @RADheadquartersYoutube royalacademydance David Jays @mrdavidjays Sign up to our mailing list: https://bit.ly/3frWPh9 RAD is an independent educational charity and does not receive regular government funding. Every penny we make goes back into the work we do. You can support us by either naming a seat as part of our Name A Seat Campaign: https://bit.ly/3fnxEwm or make a donation: https://bit.ly/3bxA6z5Gurinder’s websitehttps://www.benditnetworks.com/ Gurinder’s 1989 film I’m British But… is free to view on BFI Playerhttps://player.bfi.org.uk/free/film/watch-im-british-but-1989-online Dream Palace season at the BFIhttps://whatson.bfi.org.uk/Online/default.asp?BOparam::WScontent::loadArticle::permalink=dreampalace&amp;BOparam::WScontent::loadArticle::context_id= Hosted on Acast. See acast.com/privacy for more information.

This episode tackles two filmmakers who have had somewhat similar career trajectories with big hit films early on in their narrative work: Amy Heckerling (Clueless) and Gurinder Chadha (Bend It Like Beckham).Guest Co-Host: Gillian FritzscheFollow...

Hugh and Les look back at a key Britflick from the start of this century, as well as the career of Diaspora Indian director Gurinder Chadha, whose career this put on the map.

Blinded By The Light: Director Gurinder Chadha and actor Meera Ganatra on Springsteen, hope and humanity

We were so lucky this week to have the chance to speak to Gurinder Chadha, director of Blinded By The Light. The acclaimed filmmaker joined us on Friday for our live watch-along, as well as speaking to us on Instagram Live both before and after the movie to chat and answer questions. Gurinder gave us amazing insights into the way the film came to life, what it was like to watch Bruce Springsteen watching it for the first time, how her messages of hope and humanity resonate so strongly right now and her favourite sections from the movie.  We also spoke to Meera Ganatra, who played Javed's mother Noor in the film - she told us how she was selected, what it was like to work on a major feature film for the first time and how it felt to see the finished product. Don't forget to rate and review the podcast, and follow us on Instagram @TSMovieClub for all the latest updates!

*Warning: This episode contains spoilers for Episode One of *Beecham House. Fillmmaker Gurinder Chadha brings a keen eye to her multigenerational Indian drama, Beecham House. And the family story isn’t just in front of the camera — her husband, Paul Mayeda Berges, created and produced the series with her, and the couple’s twins appear as royal characters. The entire historical costume drama is now available for binge viewing on PBS Passport, and Chadha previews the story for MASTERPIECE viewers in a new podcast conversation.