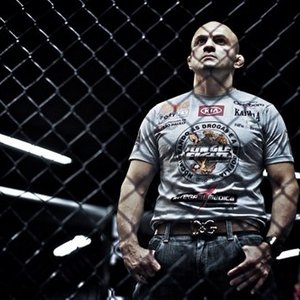 Fedor Emelianenko (3:25) discusses his upcoming clash against Tim Johnson at Bellator 269, his legacy, if he regrets not joining UFC, and more.Jan Blachowicz (31:24) discusses his recent tweet on Corey Anderson, his upcoming fight against Glover Teixeira at UFC 267, a recent bomb found near his apartment, and much more.Rose Namajunas (1:00:24) discusses facing Zhang Weili instead of Carla Esparza at UFC 268, Weili’s recent camp changes, if she would want to box down the road, and more.Andrei Arlovski (1:30:48) discusses his performance against Carlos Felipe and why he got so upset, why he shaves his beard after fights, dealing with his pit bull’s death, his pro wrestling experience at AEW, and more.In this episode of GC and Helwani (1:59:10), we take a closer look at best bets for this weekend’s UFC fights with The MMA Hour’s Conner Burks and Ariel Helwani.Deiveson Figueiredo (2:30:06) discusses his upcoming trilogy fight against Brandon Moreno, what went wrong in their last fight, and more. His manager Wallid Ismail also alleges how Brandon Moreno betrayed Henry Cejudo recently.In the latest On the Nose segment (3:03:54), Ariel Helwani answers questions about his feud with Brendan Schaub and his team, what happened at UFC 199, MMA media, and more. Learn more about your ad choices. Visit podcastchoices.com/adchoices 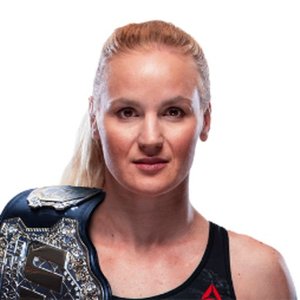 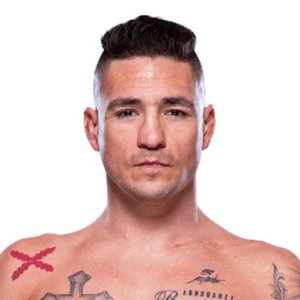 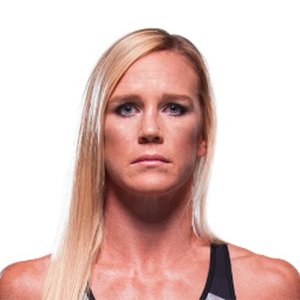 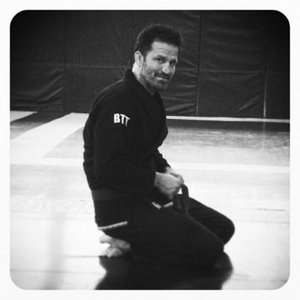 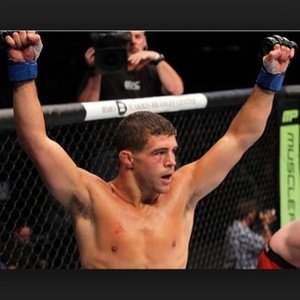 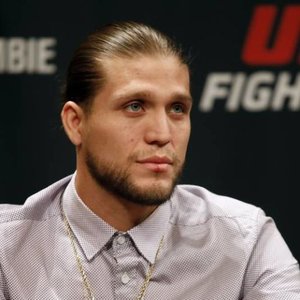 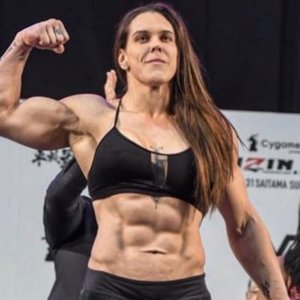 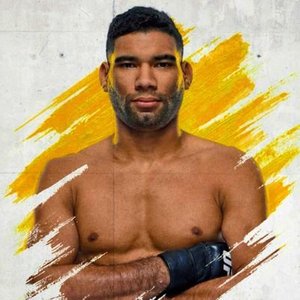 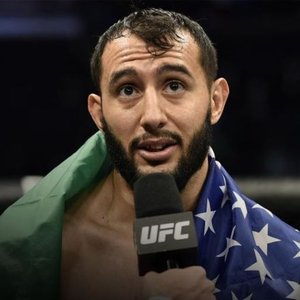 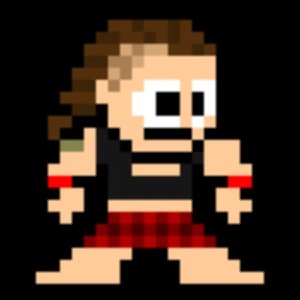 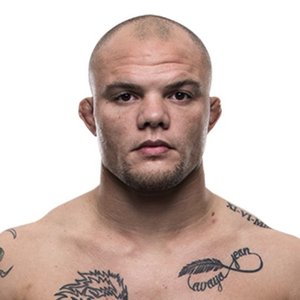 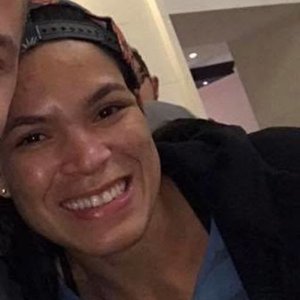 Jim and Matt recap Rafael dos Anjos' dominant win over Paul Felder and hear from fighters on UFC 255 on today's episode of UFC Unfiltered! First, Jim and Matt recap all the action from UFC Fight Night: Felder vs dos Anjos, including Khaos Williams' devastating KO win against Abdul Razak Alhassan. They also share who they think would win if Tony Ferguson and Michael Chandler ever squared off, and discuss their thoughts on Conor McGregor vs Dustin Poirier rumored for January. Then, Mike Perry calls in ahead of his bout against Tim Means at UFC 255. He shares his thoughts on cutting twenty pounds in less than a week, being a father for the first time, and Love Island: Australia.  UFC Flyweight champion Deiveson Figueiredo and manager Wallid Ismail close out the show. Deiveson shares a touching story about promising his grandfather he would become UFC Champion, and then winning the belt shortly after his grandfather passed away, and why he's confident against his UFC 255 opponent Alex Perez. See omnystudio.com/listener for privacy information.

The middleweight title clash between Israel Adesanya and Paulo Costa that headlines UFC 253 is just days away. MMA legend Wallid Ismail passionately tells Ariel about the moment he knew Costa would be a star, and why he believes his client will be the first to take down the undefeated Adesanya. But before that, newly signed UFC lightweight Michael Chandler discusses the end of his decade-long run in Bellator, his first meeting with UFC brass, criticism from fans, and if he actually believes he’ll fight at UFC 254 next month. Plus, NFL running back Marshawn Lynch delivers his thoughts on Tyron Woodley’s pre-fight press conference last week.

The WNO Podcast by FloGrappling

No Holds Barred: Wallid Ismail on Rizin and Jungle Fight

On this edition of No Holds Barred, host Eddie Goldman spoke with MMA and Brazilian Jiu-Jitsu legend Wallid Ismail, who is the founder of the Brazilian MMA promotion Jungle Fight Championship. Jungle Fight 82 takes place Saturday, October 24, 2015, in Clube Sírio in São Paulo, Brazil. The main event is Ciro "Bad Boy" Rodrigues vs. Eric "Parrudo" Barbosa. Jungle Fight shows are televised on the Band broadcast network in Brazil and ESPN Deportes in the U.S. Beyond Brazil, Jungle Fight is gaining more international recognition. Wallid has just returned from Japan, where he was part of the inaugural press conference held October 8 introducing the newest Japanese MMA promotion, the Rizin Fighting Federation. This new organization was founded by former executives of the Pride Fighting Championships, which from the late 1990s to the mid-2000s had been the largest and most important MMA promotion in the world. Unlike other organizations, Rizin will work with many other companies around the world, without requiring fighters to sign exclusive contracts with them and leave their promotions. Jungle Fight is one of those companies. We spoke with Wallid Ismail by Skype this past Tuesday. Speaking of Rizin and its head, Nobuyuki Sakakibara, he said, "I think it's going to be great for the sport. It's going to be great for Japan, because no matter what, to doing good in Japan needed to be a Japanese. Because he understands the market, he understands everything about the TV deals, the sponsorship deals in Japan, is very different [from] the United States." Unlike many others, however, he does not see Rizin as competing with UFC. "UFC do a great job all over the world. And I think Rizin's coming to help the sport," he said. Rizin is "going to be another organization can help the sport, especially in Asia and Japan." He thus described UFC as sort of a "World Cup" of MMA, while Rizin will be a "World Cup of Clubs." And he said he and Jungle Fight plan to continue working with UFC as well as now also working with Rizin. Much of the fight card for Rizin's debut show, the Rizin Fighting World Grand-Prix 2015, a three-day extravaganza scheduled for the week of New Year's Eve from December 29 to December 31, remains to be finalized. But he plans to have fighting on that show the Jungle Fight bantamweight champion, Maike Linhares, as well as also possibly a heavyweight. We also discussed how Jungle Fight's ratings dramatically increased when its shows moved to broadcast TV on the Band network in Brazil from cable, plans for an English-language telecast aimed at the U.S., how many fights on Jungle Fight's cards end in knockouts or submissions and have lots of action, and much, much more. The PodOmatic Podcast Player for iOS is available for free on the App Store. The No Holds Barred theme song is called "The Heist", which is also available on iTunes by composer Ian Snow. No Holds Barred is free to listen to and is sponsored by: American Top Team. Whether you're a beginner or a champion, train with the champions in Brazilian Jiu-Jitsu, boxing, wrestling, grappling, and mixed martial arts at American Top Team. Check out their web site at AmericanTopTeam.com. Defense Soap, an effective, deep penetrating body soap with natural antifungal, antiviral, and antibacterial soap ingredients. Defense Soap is the best cleansing body soap for men and women athletes who are involved in contact sports such as MMA, wrestling, grappling, jiu-jitsu, and judo, to help their antifungal, anti-ringworm, anti-jock itch strategy. Check out their web site, at DefenseSoap.com. Gracie Tournaments, featuring regional, national, and world competitions in submission-only Brazilian Jiu-Jitsu. For more information, go to GracieWorlds.com. Thanks, Eddie Goldman EddieGoldman.com