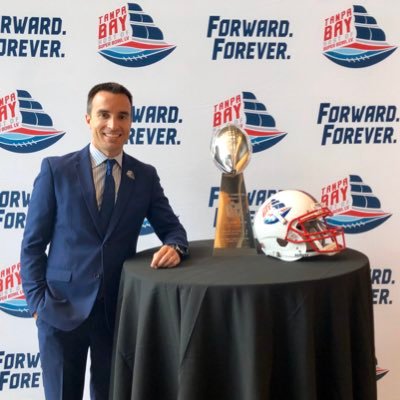 The Executive Director of the Tampa Bay Sports Commission - and USF grad - is also running the city's Super Bowl planning. Michael and Rob go over all that goes into putting on such a massive production.

Rob Higgins (Tampa Bay Sports Commission Exec Director) - @RHIggins_TBSC joins The Pat and Aaron Show Tuesday. He spoke to the goons and gave insight to how they landed the the big show (2021 WrestleMania) again after having to cancel fans in the stand at the 2020 event due to covid. He explains how its going to look different plus all the events that will be surrounding the show. 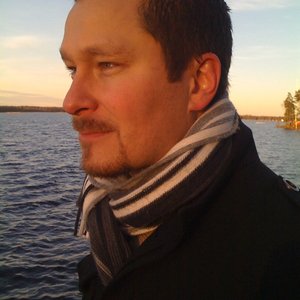 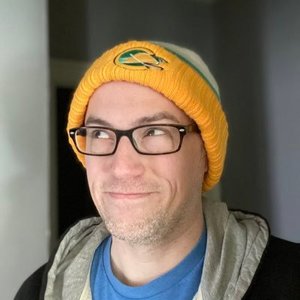 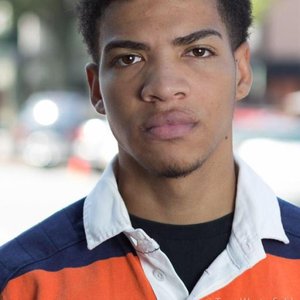 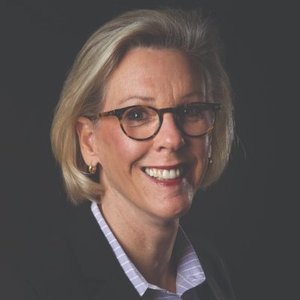 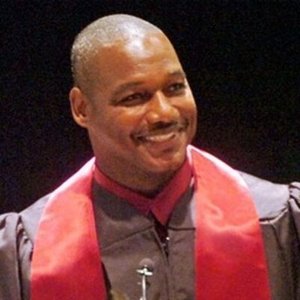 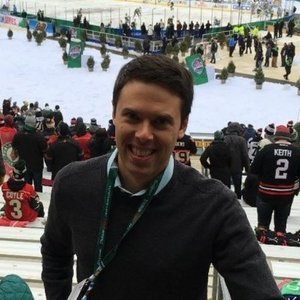 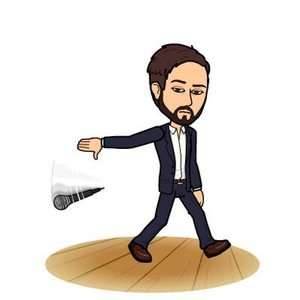 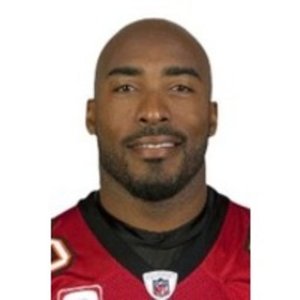 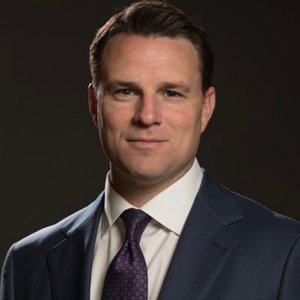 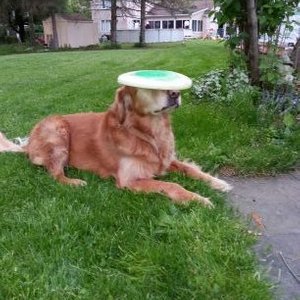 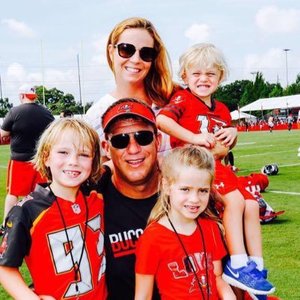 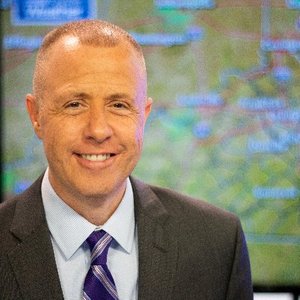 Florida has been the center of nearly every major sports event in the past year. That has included serving as home to the bubble setups for the NBA and Major League Soccer in Orlando and as home to the College Football Playoff in Miami. But Tampa Bay has seen some of the most significant action when it comes to its professional sports teams. The area is home of the current Stanley Cup champion Tampa Bay Lightning as well as the home of the American League champions Tampa Bay Rays and the Tom Brady-led Buccaneers. And now it will be home to one of the biggest events of all — the Super Bowl. In this podcast with SportsTravel Senior Editor Matt Traub, we chat with Rob Higgins, the executive director of the Tampa Bay Sports Commission and president and chief executive officer for the Tampa Bay Host Committee for Super Bowl LV, which is scheduled to kick off on February 7 at Raymond James Stadium. Higgins discusses what's on tap in the region around the game, what the past year has been like and how he and his team have kept their optimism in the face of challenging circumstances.See omnystudio.com/listener for privacy information.

Ep. 12: Rob Higgins on how NCAA March Madness and Wrestlemania in Tampa were called off, plus we're practicing social distancing!

10News anchor Ryan Bass and Rob Higgins, president/CEO of the Super Bowl LV Host Committee, join each other on Skype to discuss how the spread of the Coronavirus has brought the sports world in Tampa Bay to a pause (2:00). Rob takes you inside the decision to cancel NCAA March Madness (6:00) and sheds some light on why WWE waited so long to make the call to move Wrestlemania to Orlando (15:30), without fans in attendance, and if conversations have begun on rescheduling sporting events in Tampa Bay.

Bros and Pros, Ep. 1: Winston dilemma, a bird to the boss and Rob Higgins interview

The debut episode of the "Bros and Pros" podcast is here! On Episode 1, Ryan Bass and Justin Granit discuss Jameis Winston's return and the dilemma facing the Bucs, Earl Thomas and the value of hold outs and Rob Higgins, the Executive Director of the Tampa Bay Sports Commission, joins the pod!

The Consumer Quarterback Show is jammed packed full of information to help you win in the real estate world today. Our Mortgage Expert Mario Larrea of Mutual Mortgage is in the house today explaining knowing what debts to pay off and when could be the difference between approval and denial. Rob Higgins joins The Consumer Quarterback Show from the Tampa Bay Sports Commission explains how good relationships have played a huge part in award winning Tampa Bay. See acast.com/privacy for privacy and opt-out information.

Stay or Nay NHL teams are inching closer to having to make a decision on their rookies, are they willing to burn a year of their entry-level contracts or send their players to junior or the minors. Peter and Paul play a game of Stay or Nay with a dozen, or so, players who are on the bubble. Check out our Twitter feed to see the Poll Results, and also a few new Polls we have posted that were discussed, players include: Samuel Girard Kailer Yamamoto Victor Mete Pierre Luc-Dubois Nolan Patrick Owen Tippett Logan Brown And some new twitter Polls! Alex DeBrincat Alex Tuch Mikhail Sergachev Have a player in mind who you think could Stay or Nay? Tweet it at us @DPR_show and we will let you know. Unknown Prospects on the Rise Peter and Paul give a list of guys who are unknown, or have very low Fantrax ownership that should be put on your watch list or picked up in your deep fantasy leagues. CHL Prospects: Sean Durzi and Tyler Steenbergen NCAA Prospects: Colton Conrad, Zack Solow and Dylan Sikura AHL Prospects: Gage Quinney, Matthew Highmore, Warren Foegele and Sammy Niku Interview with Rob Higgins Rob Higgins joins the guys to talk about his HFI stat he created and how it helps him judge players' value in Fantasy Hockey. Rob also gives his opinion on some of the early Calder scoring race in the NHL. Paul has a rapid fire Stay or Nay with Rob to see what he thinks of some of the guys discussed in Segment One. Players discussed include: Will Butcher, Charlie McAvoy, Nico Hischier, Nolan Patrick, Jakub Vrana and a few more rookies at the top of the scoring charts.  Follow Us Be sure to follow us on Twitter: @DPR_show Paul Zwambag: @zwambag Peter Harling: @pharling Our Guest Rob Higgins: @RoberMHiggins Buy Higgins Fantasy Hockey Index by Rob Higgins Find our show notes at DobberProspects.com. * DPR Patreon Page We are pleased to have launched a Patreon page. For those of you unfamiliar with Patreon it basically is a subscription page. We want to ensure you that our podcast will remain free and will continue to be posted on all our existing host platforms so nothing needs to change for you the listener. However, if you enjoy the show and would like to support it, now you can. How it works is listeners can pledge (subscribe) a monthly donation to our page. There are pledge levels and different pledge values offer different perks or rewards. $1 per month ∙ Draft Eligibles A huge thank you from Peter and Paul for supporting them and the Dobber Prospects Radio podcast! $3 per month ∙ Late Round Sleepers Access to patron-only content. A follow on twitter from DPR_Show Access to our monthly update of our Top 5 Calder candidates for the season. An invite to play in our Fantasy Hockey CHL Box Pools. (have to be at this level all season) All above perks  $5 per month ∙ First Rounders Access to our monthly update of Top 5 prospects in each league (CHL, NCAA, KHL, Liiga, SHL and Other) Access to our monthly update of Top 10 players not in the NHL. All above perks $10 per month ∙ Scout Access to scouting notes from the show hosts All above perks $50 per month ∙ Corporate Sponsor Place a banner ad and link to your site in our show notes A live read during a segment on each episode All above perks

The PredsOnTheGlass duo of Buddy and Jackson Oakes and friends discuss everything Nashville Predators and other topics from the NHL and hockey world. This week we will have Fantasy Expert Rob Higgins who recently released the new book Hockey Fantasy Index.