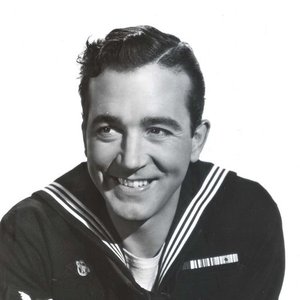 The Gift of Presence with Our Kids: An Interview with Clinician and Bestselling Author Kim John Payne

The Prize of Possibility

Description: Author of the Bestseller, Simplicity Parenting, Kim John Payne and I discuss the pains and possibilities in parenting kids today. Join us for practical and inspiring discussion how how the greatest gift we can give our children is our more complete, here-and-now presence with them in daily life. About Kim John Payne: Kim John Payne has been quietly and passionately working to help tens of thousands of people give voice to the feeling that something is not okay about the new normal of overwhelm that so many people are now experiencing. He offers do-able ways to realize the hopes and values we all have for ourselves, and build deep connections with our children that gives families resiliency and simple joy. A consultant and trainer to over 230 U.S. independent and public schools, Kim John Payne, M.ED, has been a school counselor, adult educator, consultant, researcher, educator and a private family counselor for twenty seven years. He regularly gives key-note addresses at international conferences for educators, parents, and therapists and runs workshops and training’s around the world. In each role, he has been helping children, adolescents and families explore issues such as social difficulties with siblings and classmates, attention and behavioral issues at home and school, emotional issues such as defiance, aggression, addiction and self-esteem and the vital role living a balanced simple life brings. He has also consulted for educational associations in South Africa, Hungary, Israel, Russia, Switzerland, Ireland, Canada, Australia, and the United Kingdom, Thailand and China. Kim has worked extensively with the North American and UK Waldorf educational movements. He has served as Director of the Collaborative Counseling program at Antioch University New England. He is the Director of the Simplicity Project a multi media social network that explores what really connects and disconnects us to ourselves and to the world. Together with his team they have trained around 1000 Simplicity Parenting Coaches around the world. Kim is the Founding Director of The Center for Social Sustainability, an organization that has trained thousands of teachers, parents and students in the Three Stream Process that gives social, emotional and behavioral support to children who struggle in the school environment. In addition to authoring the #1 Best Seller Simplicity Parenting© . Using the Extraordinary Power of Less to Raise Calmer, Happier and More Secure Kid, published by Random House Penguin in 2009, he also authored The Games Children Play©, (1996) published by Hawthorn Press ,The Soul of Discipline (2015 Random House/Penguin), co-authored Whole Child Sport™ How to Navigate Child &amp; Youth Sports™. and Being At Your Best When Your Kids Are At Their Worst (Shambhala Press 2019). His books have been translated into 27 languages. He has appeared frequently on television including ABC, NBC, CBS, Fox; on radio with the BBC, Sirius/XM, CBC &amp; NPR and in print including being featured in Time Magazine, Chicago Tribune, Parenting, Mothering, Times Union and the LA Times. Kim strives to deepen understanding and give practical tools for life that arise out of the burning social issues of our time. He lives on a farm in Ashfield, Massachusetts with his wife and two children. Find out more at: https://www.simplicityparenting.com

John Payne - Retired Army, Vietnam Veteran &amp; Mystery Author John Payne was originally set to go to medical school, but decided to commission into the Army Medical Corps. His 20 year career took him all over the world, including serving in Vietnam. He has done many things, including teaching as an adjunct professor in business at several universities, working in the field of health care administration, running three small businesses and before deciding to write. It was during his recovery in a Veterans Affairs hospital from agent orange that he started writing with the encouragement of his wife. Books John has written eight books, two series. He has primarily written mystery books and has used his medical background as a backdrop for many of them. He has also written a historical romance novel, “In Defense of Patch Schubert”. This particular book took many hours of research to accurately depict the Civil War time period set in Texas.  He is currently working on re-editing some previous books to give them new life. Learn More Website: https://www.johncpayne.com VeteranCrowd Network Our "forever promise" is to build the veteran and military spouse community a place to connect and engage. VeteranCrowd is simply a national network of veterans, veteran led businesses and the resources they need to prosper. Subscribe to stay in touch, or consider if Individual or Corporate Membership in the Network is a fit for you. About Your Host Bob Louthan is a VMI Graduate, Army veteran, and executive with over 25 years of experience in mergers, acquisitions and private capital formation. He founded the VeteranCrowd Network to bring veterans and veteran-led businesses together with each other and the resources they need to prosper. 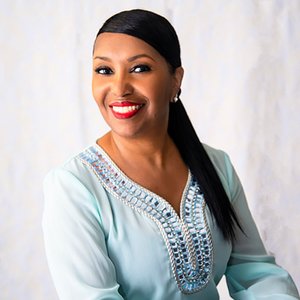 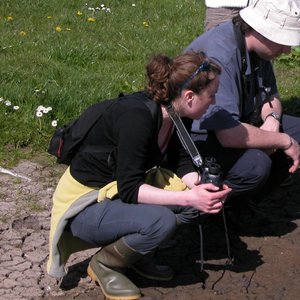 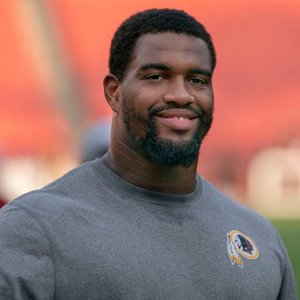 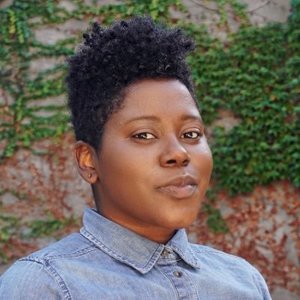 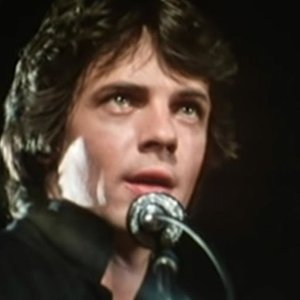 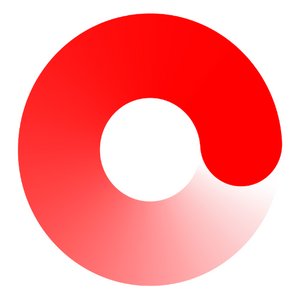 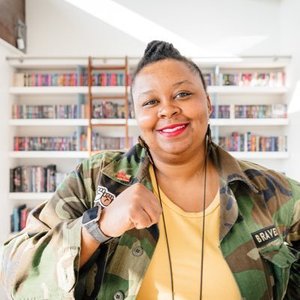 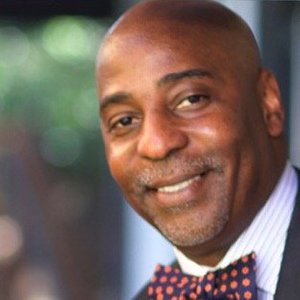 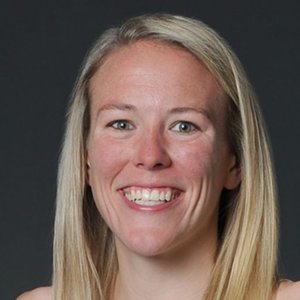 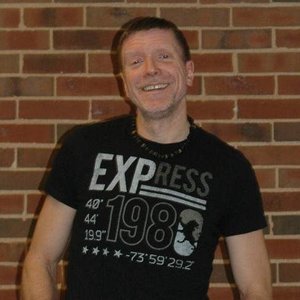 John talks about the connective tissue of his career as the focus on motivating and leading people. He also opines on changing and adapting as a key to his success. Most importantly he details what “principled living’ is all about.

The owner of Ponsonby bar Hoppers is being accused for hosting a pro-Trump election party.Social media users are calling for a boycott of the bar after images and video of the party were posted to social media, showing several people wearing MAGA caps and waving US flags.Owner John Payne told Heather du Plessis-Allan last night's US election viewing was held at the request of a friend and was only just a bit of fun."The hats were a banter thing to play off against our friends, who are Democrats. It was just good banter, good fun." However, a number of people are calling for patrons to boycott the bar.Hospitality advocate Chloe Ann King told Heather du Plessis-Allan that she maintains her view, even after hearing Payne talk. "We know Trump is a white supremacist. We know that actively likes causing chaos. He's backed QAnon theorists. They had no right to have that in their own venue."She says other media organisations have corroborated that Trump supporters were there, and that it is "profoundly untrue" that Democrats were there. Hoppers Garden Bar in Ponsonby, allowed Trump Supporters wearing Maga hates, into their venue. This is a symbol of white supremacy/nazism, sexism, and hatred. The employer had a duty of care to their workers to ask the patron's to leave. They failed to do so. Boycott this venue. pic.twitter.com/W8Jx6SoHgY— Chloe Ann-King (@GGrucilla) November 4, 2020

Episode #7 | John Payne CEO/Founder of MonsterXP | Biz Builders with Andrew Haines  On today's episode we chat with MonsterXP CEO and Founder John Payne.   About John Payne:   John Payne has over 30 years of experience in the sports and entertainment industries and has been a lead innovator in the digital media field for more than fifteen years.    Prior to his establishment of Monster XP, Mr. Payne prevailed in sales for the San Antonio Spurs and later served as the Director of Corporate and Broadcast Media Sales for RDV Sports working with professional teams such as the Orlando Magic (NBA) and the Orlando Solar Bears. After much proven success in these fields, John moved on to digital media where he set and continuously increases the standard for greatness within the industry. As the interactive digital world persistently evolves and makes its mark as the dominant trend in advertising, top media companies across the globe rely on Mr. Payne’s expertise and digital vision to help pave the way for the future.    In addition, John Payne is widely known for his philanthropic leadership, demonstrating his dedication to others in our community by giving much of his time and support to local organizations such as the Ronald McDonald House, ONEPulse, Boys &amp; Girls Club, Jarrett’s Joy Cart and Mending Hearts.  Check out MonsterXP: http://www.monsterxp.net Follow Andrew on Social Media:     Facebook: https://www.facebook.com/AndrewGHaineSR Twitter: https://twitter.com/andrewghaines Instagram: https://www.instagram.com/andrewghaines/ Linkedin: https://www.linkedin.com/in/andrewghaines/ Website: https://andrewghaines.com/ YouTube: https://www.youtube.com/c/AndrewGHaines/

Reparenting ourselves FIRST is what today’s guest, Kim John Payne, is all about! A consultant and trainer to over 230 U.S. independent and public schools, he has been a school counselor, adult educator, consultant, researcher, and a private family counselor for 27 years. In addition to authoring the #1 Best Seller: Simplicity Parenting, and several other outstanding books on parenting, he’s also the co-director of an extensive research program on a drug-free approach to attention-priority issues.He is truly being the change the world needs, by providing these tools to parents &amp; reminding us all that our children facilitate our evolution- thus forever benefitting generations to follow.In this episode we explore:•Reparenting ourselves first•attention and behavioral issues: ADD and ADHD•emotional issues: defiance, aggression, self-esteem, depression, regression •addiction•difficulty with siblings and classmates •why simplifying parenting is vital•the 4-step “compassion response”•screen time•divorce, separation, and co-parenting•blended families •How to talk to our kids about sexuality and their bodiesMAJic Tricks:•Identifying the “The Three Stooges” and deciding not to use two of them in any one sentence. •Reframing our priorities: Are we applying an underserving sense of urgency to things that aren’t a priority? Book recommendations:•Simplicity Parenting: Using the Extraordinary Power of Less to Raise Happy, Secure Children by Kim John Payne, M.Ed.•Being at Your Best When Your Kids are at Their Worst: Practical Compassion in Parenting by Kim John Payne, M.Ed.•The Soul of Discipline by Kim John Payne, M.Ed.•The Tao of Pooh by Benjamin Hoff•Winnie The Pooh by A.A. Milne Support this podcast at — https://redcircle.com/the-majic-hour/donationsAdvertising Inquiries: https://redcircle.com/brandsSee omnystudio.com/listener for privacy information.

Episode 96: The Gift of Simplicity, with Kim John Payne

In this very special final episode of the season, the sisters are joined by the author of one of their very favorite shared books, Kim John Payne. Years ago, Cait + Kara bonded over one of his many books, Simplicity Parenting, and so they are thrilled to welcome him to the show this week. Kim, Cait and Kara discuss why parents don't need to to be on a constant quest to give their kids more, the gift of boredom and how we can simplify our kids' lives so they can become more who they truly are. This is a new favorite, sisters!