Inside the Darkside - The Official Podcast of Iridium Sports Agency

On our third episode of Inside the Darkside, we are bringing you a recap of our clients' recent results, a preview of upcoming fights, and of course, a few exclusive interviews! Montel Jackson (@montelquikjackson) joins the show coming off of his recent knockout win at UFC Vegas 22, followed by Ricky Simon (@rickysimonufc), who has started 2021 with a bang, going 2-0 already this year. Chris Curtis (@kingofcombat_513) rounds out our interviews for this week fresh off of a victory at iKon Fighting Federation in Mexico, marking his second ground and pound win in 2021. Please subscribe, leave a positive review, and share with your fellow fight fans - we greatly appreciate all of you!

Host Sean Lennon welcomes Wisconsin Welterweight Pro and Coach at Pura Vida BJJ Zak Ottow to The Fightlete Report. His fighter Montel Jackson will be fighting Jesse Strader at UFC Vegas 22 Saturday. Pura Vida BJJ/MMA is located in Milwaukee, WI. Last year Zak Ottow defeated Clarence Johnson by Armbar At Caged Aggression 29.Zak talked about how Montel Jackson is back after a tough loss and how he approaches this fight, why he was released from UFC after his contract expired, moving up to middleweight to compete, why Montel is a sleeper at 135lb division, another UFC Bantamweight at his gym in Ode Osbourne getting his first UFC Victory, covid making the past year challenging as a gym owner with Pura Vida, His thoughts on the upcoming Stipe Miocic vs. Francis Ngannou Rematch and more! Zak is a great dude to talk with a recent veteran in MMA that also along with running a gym has an MMA promotion in Wisconsin along with his partners that's unfortunately been put on hiatus.For more info check it out - https://www.facebook.com/purefightingchampionships/#PuraVidaMMA,#PureFC,#ZakTheBarbarianOttow#UFC,# #UFCVegas22 #OdeOsbourne #MontelJackson #CagedAggression #MMA #BJJ #JiuJitsu #Boxing #Kickboxing #Grappling #Wrestling #Striking #MuayThai #WisconsinMMA 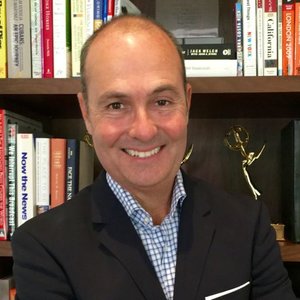 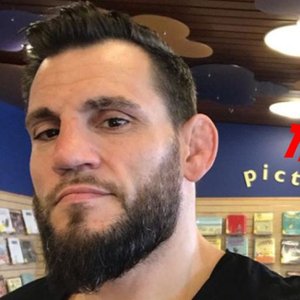 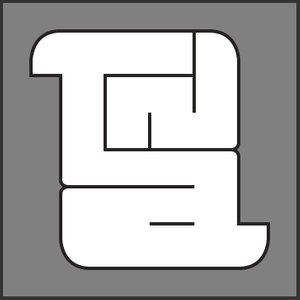 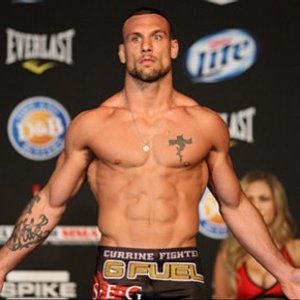 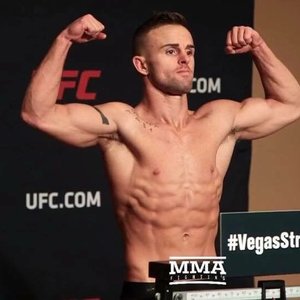 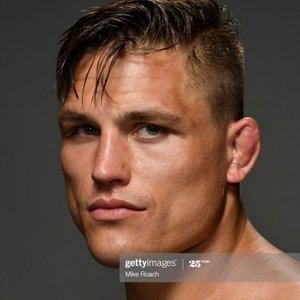 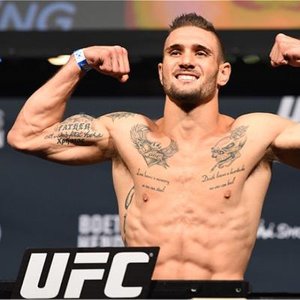 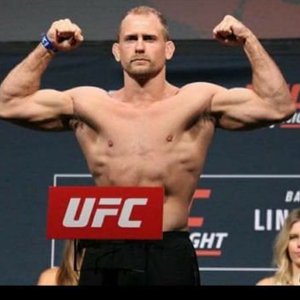 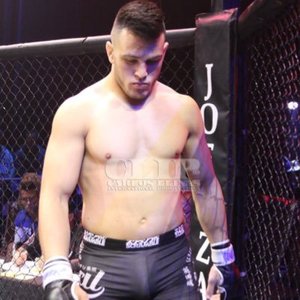 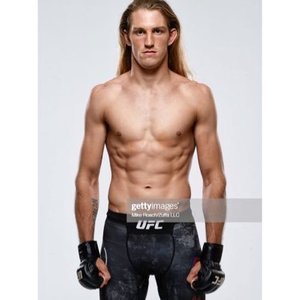 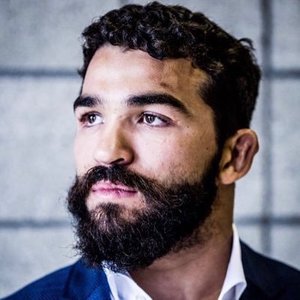 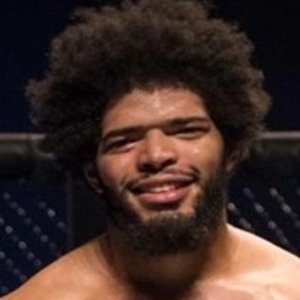 In this episode, I talk with fellow Milwaukee native, Montel Jackson, who has found success in the UFC coming off Dana White's Contender Series. He shares his first fight, as well as, what it is like coming up in a rough neighborhood and what he thinks a fighter's style says about their personality.

On this week’s episode of The MMA Report Podcast, Jason Floyd has four fighter interviews as he chats with Eryk Anders, Andre Soukhamthath, Montel Jackson and Jennifer Waters. Before those interviews, Jason and Daniel Galvan discuss what happened last weekend at UFC on ESPN 2, Bellator 219 and ONE Championship 92. Some of the topics they touch on from those three events include Justin Gaethje being must-watch television, return of Daniel Straus and Eddie Alvarez losing his ONE Championship debut. After hitting on everything that happened at those events, it’s the interview portion of the show. Up first is Jason’s conversation with Anders, who will be facing Khalil Rountree at next week’s UFC 236. Up next is Jason’s conversations with UFC 236 opponents Soukhamthath and Jackson. And in the final interview, Jason chats with Jennifer Waters about her upcoming fight for King of the Cage. Following the interviews, Jason and Daniel discuss a question Jason received on social media about the current identity of Bellator. Also, they touch on USADA handing a UFC fighter a lifetime ban and Daniel gives you a Wrestlemania preview. Subscribe, Rate and Review to the The MMA Report Podcast on Apple Podcasts, Stitcher and Google Play. Follow Jason Floyd on Twitter and Instagram Follow Daniel Galvan on Twitter Subscribe to The MMA Report on You Tube for all of Jason’s video interviews The post The MMA Report: UFC 236’s Eryk Anders, Andre Soukhamthath and Montel Jackson appeared first on Radio Influence.

Montel Jackson joins John Hyon Ko of Kumite TV before he steps into the Octagon at UFC 236. The 26-year-old American discusses a pivotal point in his life before MMA that changed every aspect of his surroundings, having empathy for TJ Dillashaw, street mentality, having adequate time to prepare to be key to victory, putting Pura Vida on the map and more.  Montel “Quik” Jackson (7-1) will face Andre Soukhamthath in a bantamweight contest at UFC 236 on April 13 in Atlanta, Georgia, USA. Subscribe to Kumite TV https://www.youtube.com/channel/UCgjj... Fighter Interviews https://www.youtube.com/playlist?list... Follow John Hyon Ko on social media. Facebook: https://www.facebook.com/KumiteTVOfficial/ Instagram: https://www.instagram.com/jhkmma/ Twitter: https://twitter.com/JHKMMA Visit The Body Lock: https://thebodylockmma.com/ Follow The Body Lock on social media. Facebook: https://www.facebook.com/thebodylock/ Twitter: https://twitter.com/thebodylockmma Instagram: https://www.instagram.com/thebodylock/?hl=en

Alec sits down with UFC bantamweight Montel Jackson to discuss training methodologies, living in Thailand, and the mentality that it takes to compete at a high level in MMA.--- This episode is sponsored by · Anchor: The easiest way to make a podcast. https://anchor.fm/app

This week on The Fightlete Report Podcast-@50:35 UFC Bantamweight Montel "Quik" Jackson talks about his fight with Brian Kelleher being rescheduled to UFC 232 on December 29th in Vegas on PPV. He talked about being disapointed to not fight in MSG and finding out his opponent pulled out hours before. He trains at Pura Vida MMA in Milwaukee, WI.@1:25 UFC Heavyweight Juan "The Kraken" Adams talks about his upcoming fight against Chris De La Rocha at UFC Fight Night Milwaukee on December 15th. He defeated Shawn Teed at Dana White Tuesday Night Contender Series to earn a UFC contract, He trains at Paradign in Houston, TX@22:30 Colorado Lightweight Pro Austin "Thud" Hubbard joined me to talk about his fight at LFA 56 agaisnt Killys Mota for the LFA Lightwweight title in the main event on AXSTV. He trains at Elevation Fight Team in Colorado.@36:35 Wisconsin Light-Heavyweight Pro Alton Cunningham talks about his fight against Erik Murray at LFA 56. He's coming off a first round TKO finish over BJ Lacey at PureFCXI last month and trains at PuraVidaMMA in Milwaukee.

On the Halloween edition of The MMA Report Podcast, Jason Floyd and Daniel Galvan get you ready for Saturday’s UFC 230 pay-per-view by previewing the fight card. Before they get into previewing UFC 230, they discuss a tweet that was sent out on Tuesday by FloCombat. The tweet listed twelve UFC fighter and said pick two fighters to stay in the UFC and the other ten get released. They breakdown the list and tell you their thought process on how they picked their two fighters. Up next is their preview of Saturday’s UFC 230, which will take place at Madison Square Garden in New York City. From the heavyweight title main event to the prelims on UFC Fight Pass, Jason and Daniel breakdown the entire event and give their pick for the main event. Speaking of UFC 230, if you are looking to make a bet on the fights, MyBookie has a special offer for The MMA Report Podcast listeners. Log onto MyBookie right now for your last opportunity to collect the industry’s biggest bonus. Use promo code MMAREPORT and you’ll get your first deposit matched 100 percent. Following their preview of UFC 230, you will hear three interviews Jason has done over the past couple of days. Up first is MMA manager/coach Tyson Chartier. He speaks about the fighters he had on last week’s UFC card, a pair of fighters he has on Friday’s CES MMA card and gives his perspective on other aspects of MMA. Up next is Montel Jackson, who will be facing Brian Kelleher on the preliminary card of UFC 230 on Saturday. Montel talks about his time in the UFC, his path to mixed martial arts and the potential of fighting in Milwaukee next month. And in the final interview, Jason speaks with undefeated Canadian lightweight prospect Anthony Romero. He will be fighting next weekend in New York at the King of the Cage event and he previews his matchup against Alex Wiggs Jr. After the conversation with Romero, Jason and Daniel breakdown the “trade” between the UFC and ONE Championship involving Demetrious Johnson and Ben Askren. The guys offer their thoughts on the move, the future of the flyweight division in the UFC and what matchup could be up first in the UFC for Askren. And they wrap up the podcast by discussing various MMA news items including Kevin Kay being out at Viacom. All of that and much more on this edition of The MMA Report Podcast and be sure to check out our friends at Roman, which is a one-stop-shop where licensed US physicians can diagnose ED and ship medication right to your door. With Roman, there are no waiting rooms, awkward face-to-face conversations, or uncomfortable trips to the pharmacy. You can handle everything discreetly online. For a free online visit, go to GetRoman.com/MMAREPORT, fill out a brief medical onboarding, chat with a doctor, and get FDA-approved ED meds delivered to your door in discreet, unmarked packaging. Subscribe to the The MMA Report Podcast on Apple Podcasts, Stitcher and Google Play. The post The MMA Report: UFC 230 Preview, Tyson Chartier, Montel Jackson and Anthony Romero appeared first on Radio Influence.

In this interview, exciting bantamweight prospect Montel Jackson joined John Hyon Ko on Kumite Radio to discuss his upcoming fight versus Brian Kelleher at UFC 230, life-changing experience in Thailand, surrounding himself with the right people, making adjustments during the fight and more.Montel "Quik" Jackson will take on Brian Kelleher at UFC 230 in Madison Square Garden on November 3.Follow Montel Jackson on social media.Facebook: @montelquikjacksonInstagram: @montelquikjacksonTwitter: @Montello135Follow John Hyon Ko on social media.Facebook: https://www.facebook.com/KumiteRadio/Instagram: https://www.instagram.com/jhkmma/Twitter: https://twitter.com/JHKMMAKumite Radio is sponsored by Supplement WarfareFor people in Australia and New Zealand, go to https://www.supplementwarfare.com.au/ and use Coupon Code “KUMITERADIO” At Checkout To Get %10 Off to support the podcast.

With UFC Liverpool and Bellator 200 in the books, Jason and Daniel take a look back at both fight cards on this episode of The MMA Report. Plus, Jason has interviews with Montel Jackson and Kyle Driscoll. While recapping UFC Liverpool, Jason and Daniel tell you how they scored Darren Till vs. Stephen Thompson and debate about whether Till’s next fight should be at welterweight or middleweight. Along with discussing what happened in that fight, they discuss the biggest surprises of the fight card and the comeback win by Arnold Allen. Then it’s on to the recap of Bellator 200. From Michael Page’s win against David Rickels to Gegard Mousasi claiming the middleweight title, Jason and Daniel touch on various topics from this fight card. Up next is the interview portion of the podcast as Jason chats with Montel Jackson and Kyle Driscoll. Jackson previews his fight in two weeks against Rico DiSciullo on Dana White’s Tuesday Night Contender Series, while Driscoll talks about his fight next week at HD MMA against Aaron Roberson. Following the interviews is the Buy/Sell segment as Jason and Daniel buy or sell five MMA related questions. Plus, they discuss the retirement of former UFC middleweight champion Michael Bisping and preview Friday’s UFC Utica. This episode is brought to you by the Good Cigar Company, your personal tobacconist. Be ready to celebrate when the occasion hits and Good Cigar Company is perfect for golf trips, weddings, and bachelor parties. Buying cigars shouldn’t be intimidating and Good Cigar Company makes it easy. Go to GoodCigar.co and use the promo code “MMAREPORT” for 10% off any subscription. Thanks for listening to this week’s podcast and be sure to subscribe, rate, and review the podcast. Follow The MMA Report on Twitter and Facebook Subscribe to the podcast on Apple Podcasts, Stitcher and Google Play The post The MMA Report: Montel Jackson and Kyle Driscoll appeared first on Radio Influence.