Ann Schatz chats with Thorns FC goalkeeper Bella Bixby about the game cancellation against the Spirit, staying focused on what's at hand, the impact of goalkeeping coach Nadine Angerer has had on her and more. To see a video of this interview, visit www.YouTube.com/PortlandThornsFC.

Ann Schatz converses with Thorns FC forward Sophia Smith with a look back to the Women's International Champions Cup title, playing with teammate Morgan Weaver, how well she knows teammate Crystal Dunn, Smith's energy on the field and more. To see a video of this interview, visit www.YouTube.com/PortlandThornsFC. 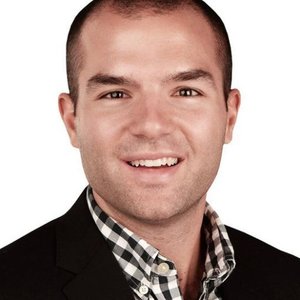 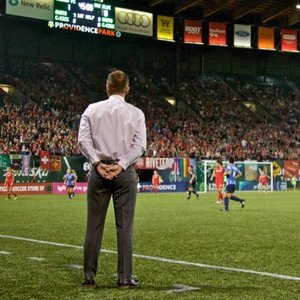 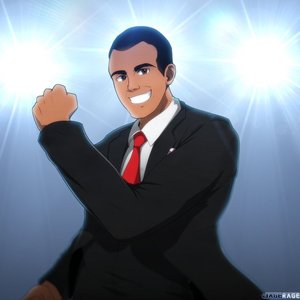 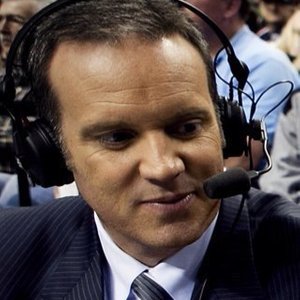 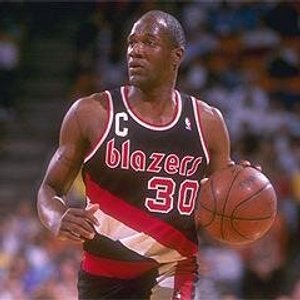 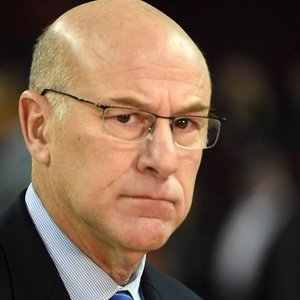 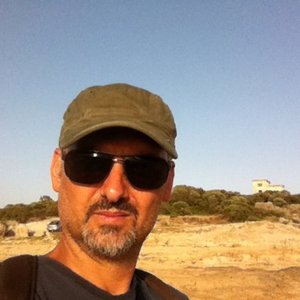 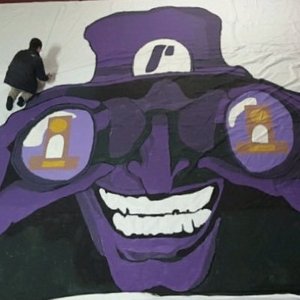 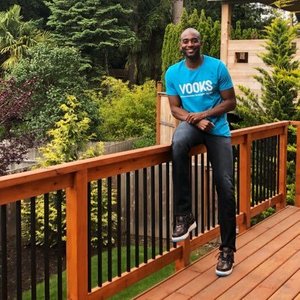 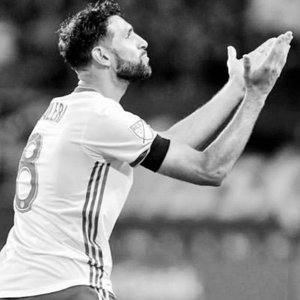 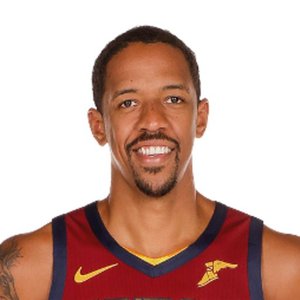 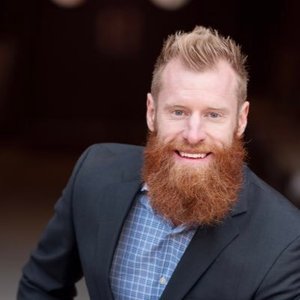 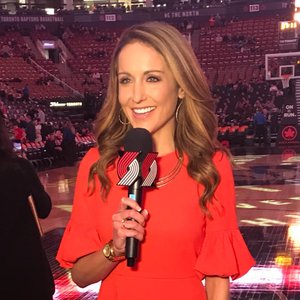 Former U.S. international and current broadcast soccer analyst Lori Lindsey sits down with Ann Schatz to talk about the upcoming Women's International Champions Cup coming to Providence Park Aug. 18-21. Learn more about the visiting teams FC Barcelona Feminí and Olympique Lyonnais – and some familiar faces on their teams – in what will be an exciting tournament. Get your tickets here: https://seatgeek.com/women-s-international-champions-cup-tickets?oq=women+s+international+champions+cup+ticketsaid+13889+pid+promo+rid+71521+utm+medium+partnership+utm+source+thorns+utm+campaign+podcast

Ann Schatz sits down with Thorns FC assistant coach Rich Gunney to get his reaction to the team's win over KC but also hear about how he met Mark Parsons, how Gunney got into coaching and what his thoughts are on the team's performance throughout July. To see a video of this interview, visit www.YouTube.com/PortlandThornsFC.

On this episode The Thorns Show, host Ann Schatz connects with Olivia Moultrie, who became the youngest player in National Women's Soccer League history when she debuted for the Thorns on July 3 at Racing Louisville. The Thorns Show will bring you regular episodes throughout the 2021 NWSL season, connecting you with the most prominent people within PTFC.

The second edition of The Thorns Show features a true club legend. Now in her sixth season in Portland, Meghan Klingenberg remains one of the best left backs in the NWSL. During her catchup with Ann Schatz, "Kling" covers the team's state after a win at Racing Louisville, her view of how the team can keep moving forward as well as what she knows about a Thorns teammate: midfielder Angela Salem. The latest edition of The Thorns Show is available now in full on Thorns FC's YouTube channel.

Host Ann Schatz talks with Thorns FC head coach Mark Parsons about the start of the team's 2021 season, Five Questions about goalkeeping coach Nadine Angerer, Parson's path to women's soccer and the two most important women in his life--his wife and daughter--the international break, Olivia Moultre and more. You can watch this interview on the Thorns YouTube page too: https://youtu.be/z3ZeNit4QOQ

We Take a Walk Down Memory Lane with Broadcaster Ann Schatz

We Have A Take

This episode starts with a quick round of “roses and thorns” about the Trail Blazers’ week that we’d like to forget. Then we perk way up, because our idol, Portland-based broadcaster Ann Shatz, joined the W.H.A.T. podcast! We heard about the beginning of her career in Omaha, Nebraska and Portland, Oregon. We reminisce about the Portland Fire and talk about her time as the Trail Blazers’ sideline reporter. Cassidy shared some of the ways that Shatz had inspired her and we begged her to come back and tell us more stories from her incredible career.  1:00 Ice breaker. Who is an NBA player that the other players are cheering for? 2:30 What is going on with Kyrie? 4:00 Take a mental health day!7:00 James Harden to the Nets is annoying. 8:00 Roses and Thorns we’re going to try not to talk about injuries but we probably will. 9:00 CJ Is more mature than either of us10:00 Thorn: stop hitting Derrick Jones Jr in the face. 11:30 Rose: Derrick Jones Jr in general13:30 Thorn: Stop making Derrick Jones Jr take so many 3s14:45 Rose: When Derrick Jones Jr misses dunks they are still spectacular17:00 Introducing Ann Schatz18:00 Growing up in the midwest, learned sports from brothers and her dad.21:00 Getting started as the first female sportscaster in Nebraska24:00 Didn’t have anyone to bounce anything off of. Couldn’t get anything wrong, but had lots of supportive people around. 25:00 Moved to Portland in 1989 and it wasn’t a very warm reception. Was there a moment that she remembered that made her feel like she had been accepted in Portland? 30:30 Started working for the Blazers and the Fire in 1999 as sideline reporter. 33:45 The time Brian Grant need a hair-tie.35:00 The time she made Mike Dunley mad36:00 Daily routine as a sideline reporter. Shoot arounds, sound bites, pre-game hits, half-time, post game. There was a routine but every day was different. 37:40 Hosted in the studio while the team was on the road. 39:15 Working with Bill Schonley41:15 Remembering when the Fire was coming to town, working with Mike Barrett. 44:00 How Ann influenced Cassidy’s love for women’s sports. 48:00 Hoping to be in inspiration to young girls and women to get into sportsl49:30 Working with the Pac-12 Network, working with college kids. 51:30 What it was like learning how to call games as opposed to being the analyst. 55:00 Working for the Thorns. Never thought she’d see in her lifetime that kind of a crowd watching women’s sports. 58:30 Fantastic eclectic fanbase. 1:00:00 Thorn’s draft1:02:00 Memorable interviews: Michael Jordan, Tiger Woods, Nancy Lopez, Clyde Drexler, Terry Porter @wehaveatake@tcbbiggs@CassidyGemmet@bluewirehustleSubscribe: https://apple.co/2Vn9Hf9https://spoti.fi/3lARIww Learn more about your ad choices. Visit podcastchoices.com/adchoices

Ann Schatz gets the guys ready for Blazers and college hoops

Portland broadcasting legend Ann Schatz joins Talkin' Blazers to share her memories of the Nancy Kerrigan - Tonya Harding controversy and give her thoughts on the upcoming seasons for the Blazers and Ducks.1:50  Talking about Ann's memories covering the Tonya Harding and Nancy Kerrigan story.7:00  Is there a cause for concern about the NBA starting back up and not having a bubble?15:00 Channing says fans are going to have to be understanding because lineups will change at a moment's notice.21:23 NBA Draft: What should the Blazers do with their pick?26:30 Chances the Blazers to go and get another vet like they did with Carmelo Anthony.29:10 Channing and Ann talk about Arizona Women's Basketball.30:40 The powerhouse that is Oregon Women's Basketball.See Privacy Policy at https://art19.com/privacy and California Privacy Notice at https://art19.com/privacy#do-not-sell-my-info.