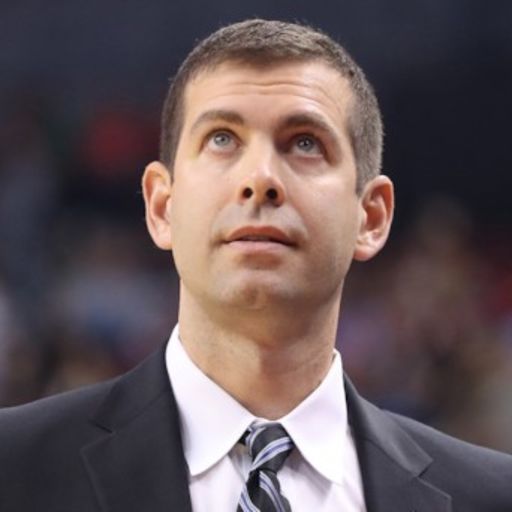 (0:00) Dont’a Hightower, Patrick Chung and Marcus Cannon will all reportedly return to the New England Patriots.  (11:49) Stephen A Smith has strong opinions on Brad Stevens (21:01) An anonymous player rips Jayson Tatum and Jaylen Brown.  (30:26) Lady Gaga’s Dognapping and T-Bone will be dogsitting for Hardy this summer. See omnystudio.com/listener for privacy information.

How to fix the Celtics with Sean Grande, plus Aaron Nesmith on earning Brad Stevens’ trust

(0:00) Celtics Head Coach Brad Stevens joined the show for his weekly visit. He talked about the team’s injuries, playing small ball and having fans in the stands. (14:07) Halftime Show discussion. (29:21) We wrap up the show with Andre Tippett audio and a Radio Row Montage from 2018 in Today’s Takeaways See omnystudio.com/listener for privacy information.

(0:00) Beetle is very down on Celtics preseason basketball and preseason in general  (13:45) Payton Pritchard had a good showing in his Celtics debut (24:05) Bill Belichick addresses the media ahead of his teams matchup with the Dolphins on Sunday  (32:30) Celtics head coach Brad Stevens joins us for the first time this season after his team’s preseason opener! See omnystudio.com/listener for privacy information.

Celtics head coach Brad Stevens looks ahead to the 2021 NBA season; what he expects from Jayson Tatum &amp; Jaylen Brown as leaders and Kemba Walker's condition heading into another regular season 01:15: How crazy is it that the regular season starts in less than a month? 03:10: Evaluating Aaron Nesmith &amp; Payton Pritchard's shooting touch 05:05: Goodman's Brad Stevens story at Butler when Stevens first told Jeff about a kid named Gordon Hayward 07:22: What pleases you most about Jayson Tatum's development? 10:00: Does Jaylen Brown and Jayson Tatum challenge one another often? 11:40: How fatherhood has played a big part in Jayson Tatum's maturity 12:45: Which areas are you looking for Jayson Tatum to improve in next season? 18:10: How is Kemba Walker doing and will he be available at the start of the regular season? 21:10: The pros &amp; cons of Marcus Smart 28:10: Brad Stevens discussed classic Celtics games with Danny Ainge when he was quarantined 30:10: Brad Stevens on the public's opinion of him &amp; Was last year a disappointment? 35:30: Brad Stevens' two favorite memories of the NBA Bubble 41:30: Brad Stevens on his coaching longevity and evaluating his performance each and every offseason in Boston

Should Celtics' fans be mad about the draft? Danny Ainge and Brad Stevens talk about the night

Chris Forsberg and NBC Sports Boston NBA Draft ‘guru’ Rob Snyder break down the 2020 NBA Draft and how the Celtics did after selecting Aaron Nesmith and Payton Pritchard. The two also discuss what they expect from Boston during free agency. Finally, Danny Ainge and Brad Stevens join Tom Giles and Brian Scalabrine to discuss the team’s Draft picks, plans for free agency, and how the team is preparing to return to the court in the next few weeks. 0:25-How did the Celtics do with their Draft picks? Surprises around the NBA?11:50-What happens now with Gordon Hayward?18:17-What do you want the Celtics to do in free agency?22:14-Danny Ainge on the Celtics’ decisions on Draft night and expectations entering free agency30:50-Brad Stevens on the Draft and preparing for the start of training camp and the regular season43:03-Are you confident the Celtics are still and NBA title contender?Watch on YouTube: https://youtu.be/_VYErCw5Usg

Keith Bogans got $5 million to do nothing &amp; he still didn't like it. That and some takeaways from Brad Stevens' first season as MassLive's John Karalis &amp; RedsArmy.com's Mike Dynon continue discussing every Celtics season ever. Learn more about your ad choices. Visit podcastchoices.com/adchoices

8:00-Brad Stevens sees the bubble being a new start of the season15:00- Kemba Walker not happy with his play at the end of the season, how motivated is he for the restart?16:30- How motivated is Kemba to bounce back from tough end to season?23:30- Brad Stevens agrees with Austin Rivers saying the NBA Champion nezeds a positive asterisk26:30- Celtics hype train continues between teammates

Visit us onlineFind us on FacebookTweet usFollow on Instagram