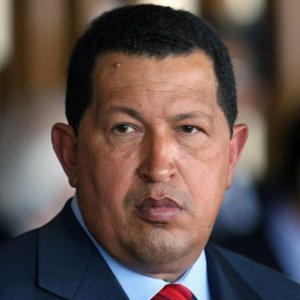 #543 Who is Hugo Chavez ? The man behind the mirror

A rider shares his personal opinion on Hugo Chavez and how the Venezuela can be saved. Comments:Info@Taxi-Chronicles.com www.AfricaInvestorStories.com --- Send in a voice message: https://anchor.fm/taxi-chronicles/message 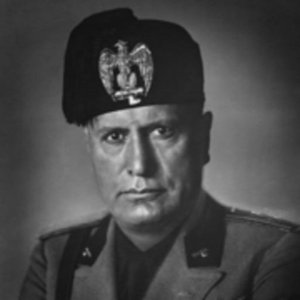 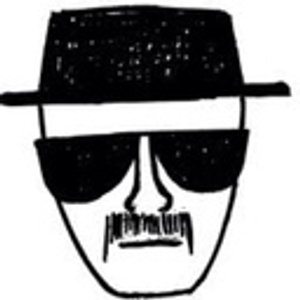 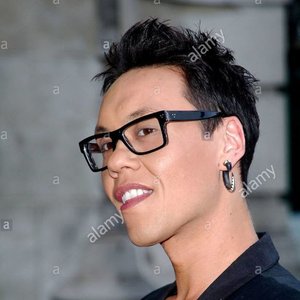 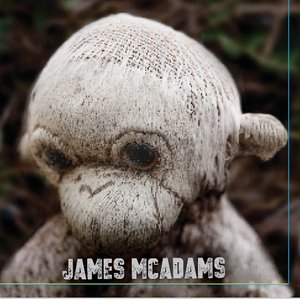 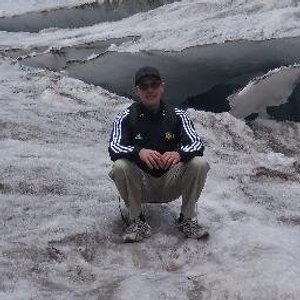 Tyler sprinkles pixie dust all over my happy thoughts. It's Joe's Birthday, and there's still a Monty Python-esque coup attempt happening. We stumble through all of this and more on another exciting episode of The Fence Post.

Today we're going over the 15 years of security concerns surrounding Dominion Voting Systems and two other voting infrastructure manufacturers. We're also diving into a company acquisition Dominion made in 2010 - they purchased a company that had been under scrutiny by U.S. investigators for suspected ties to the Venezuelan dictator, Hugo Chavez.     IF YOU LOVE MY WORK:    Please consider donating to keep me a journalist: https://thenomanzone.com/index.php/donate/ Read all of my articles: www.thenomanzone.com Find me on Twitter: https://twitter.com/coangelaramirez Support our Facebook page: https://www.facebook.com/thenomanslandEP

Episode 51, and it’s a doozy from the Simpsons side: “Bart The Lover” from 13 February 1992, featuring Woodrow, the swear jar and a world without zinc! Tom then takes us to meet Hugo Chavez and his attempted coup in Venezuela, which reached a crescendo a few days beforehand. Along the way Garreth will try… Read More »

Born in Sabaneta, Venezuela, on July 28, 1954, Hugo Chávez attended the Venezuelan military academy and served as an army officer before participating in an effort to overthrow the government in 1992, for which he was sentenced to two years in prison. Chávez became president of Venezuela in 1999. Early into his presidency, he created a new constitution for the country, which included changing its name to the Bolivarian Republic of Venezuela.

Helen Raleigh in the many similarities between Hugo Chavez and Bernie Sanders. Lorne Levy, Polygon Financial mortgage expert, encourages people to look at home interest rates as they are at their lowest, and may even go lower. Greg Fulton, President, Colorado Motor Carriers Association, details why the bio-diesel mandate in SB20- 38 should not become law in Colorado. Bill of the Day:  SB20-123, Compensation and Representation of Student Athletes.

Burning Oil at Both Ends: How Hugo Chavez and Nicolas Maduro Destroyed the Venezuelan Oil Industry

300 billion barrels of crude oil are buried under Venezuelan soil, more than any other country in the world. For a long time, this immense natural resource blessing financed an enviable standard of living, with a GDP per capita similar to that of Spain or Japan. However, the country’s oil sector, the engine that powered this prosperity has been sputtering since Hugo Chavez became president of the country in 1998. Venezuela produced 3.3 million barrels of oil per day in 1998, but by late 2018 that number had fallen to only around 1.2 million barrels of oil per day. Today’s podcast episode is about the causes of Venezuela’s declining oil industry. I will discuss the origins of Hugo Chavez’s enmity with oil industry, the consequences of the systematic under-investment in new exploration and maintenance, and how the collapse of Venezuela’s institutions has reverberated back against Venezuela. Venezuela’s oil dependence has always tied the countries economy to the price of oil. The inflation adjusted price of oil fell from around $120 in 1980 to only $17 in 1998, forcing the government to commit to severe austerity. Over 2,000 lost their lives in the Caracazo in 1999 after the residents of Caracas revolted after cuts to subsidies. It was anger against the political elite that powered the victory of Hugo Chavez in 1998 on a platform for radical change. However, Chavez quickly faced obstacles in the form of the PDVSA, the state owned oi company. Although the Venezuelan oil industry was nationalized in 1974, the resulting company absorbed the private sector managements and it’s ethos as well. PDVSA ignored OPEC quotas to maximize production. It retained as much of its profits as it could, and remitted as little as it could to the government. Hugo Chavez sacked and humiliated PDVSA’s management, including sacking senior management with a whistle like misbehaving footballers. The conflict came to a head when PDVSA orchestrated massive strikes culminating in a coup attempt. Chavez responded by firing nearly half PDVSA’s staff, 18,000 people, and almost all of it’s management. From then onwards, PDVSA became a tool of Hugo Chavez’s political agenda. From 1998, Venezuela benefited from a spectacular rise in the global oil prices from $18 per barrel to $150 per barrel. Hugo Chavez instructed the government to use this bonanza to massively increase social spending dramatically expanding access to healthcare and education for the poor. However, only $ 3 billion of PDVSA’s $26 billion in revenue were reinvested in the company, barely enough to maintain current levels of production. Much of Venezuela’s oil production comes from the tar sands in the Orinoco basin where costs per producing a barrel of oil high and the technical expertise needed higher. Foreign investment was invited in the 1990s, but the Chavez government took a much harsher tone, taking large uncompensated stakes in multinational ventures in 2007. Most companies accepted the partial expropriation, but the act seriously disincentivized future investment. However, production declines have been most marked in traditional oil wells directly managed by PDVSA due systematic underinvestment by the state owned enterprise. Instead of preparing for the inevitable collapse of oil prices, the government ran budget deficits in 9 of the 14 years he was in power, and as a result the state was totally unprepared for the financial crisis of 2008. Hugo Chavez died in 2013 from a sudden heart attack near the peak of his popularity. His succesor, Nicolás Maduro, a former left wing labor activist, inherited the legacy of Chavez’s reckless policies. Venezuela’s oil production decline began from 1998, but the process has accelerated since the ascension of Maduro. Chavez and Maduro both undermined the political institutions of Venezuela, politicizing the military and security forces. Maduro has promoted 2,000 officers to generalship, and officers control 11 of Venezuela’s 32 ministries and 11 of 23 governorships as well as dominating the senior management of PDVSA. However, the military is failing at its most basic task of providing basic human security. Venezuela has a homicide rate of over 50 per 100,000, making Venezuela as dangerous as Honduras or El Salvador. Piracy is rife, as armed gangs have looted the copper wiring from oil rigs costing the government immensely. Moreover, an estimated 25,000 to 150,000 barrels of oil are smuggled everyday into Colombia costing the government between $1.5 and $3 billion. Given Venezuea’s economic collapse, it should hardly be surprising that over 3 million people have fled Venezuela. Among these refugees are three quarters of all of PDVSA’s employees.There’s a longstanding logic to the collapse of Venezuela. Hugo Chavez’s conflict with PDVSA caused him to gut the agency, and starve it of resources. Massive increases in oil prices masked the slow decline of oil production under Chavez, and became obvious after the collapse oil prices. But at that point, the economic, political and social collapse gained a momentum of its own. While there is a clear logic to the collapse of Venezuela’s economy, there isn’t any obvious path forward. Simply removing the current regime won’t draw skilled oilmen back, or restore basic human security. The process of restoring the Venezuelan oil industry is just a difficult firsts step for reviving the Venezuelan economy,. Selected Sources: “Full Sovereignty Over Oil”: A Discussion of Venezuelan Oil Policy and Possible Consequences of Recent Changes Venezuela, April 2002: Coup or Popular Rebellion? The Myth of a United VenezuelaClientelism and Social Funds: Empirical Evidence from Chavez’s Misiones Of Note: Chavez’s Populism Threatens the Economic Engine of His Revolution

From Benito Mussolini to Hugo Chavez: Intellectuals and a Century of Political Hero Worship

During the twentieth and twenty-first centuries, political dictators were not only popular in their own countries, but were also admired by numerous highly educated and idealistic Western intellectuals. The objects of this political hero-worship included Benito Mussolini, Adolf Hitler, Joseph Stalin, Mao Zedong, Fidel Castro and more recently Hugo Chavez, among others. Hollander will discuss the sources of these misjudgments and misperceptions, the specific appeals of particular dictators, and the part played by their charisma, or pseudo-charisma. He will shed new light not only on the political disposition of numerous Western intellectuals — such as Martin Heidegger, Eric Hobsbawm, Norman Mailer, Ezra Pound, Susan Sontag and George Bernard Shaw — but also on the personality of those political leaders who encouraged, and in some instances helped to design, the cult surrounding their rise to dictatorship. See acast.com/privacy for privacy and opt-out information.