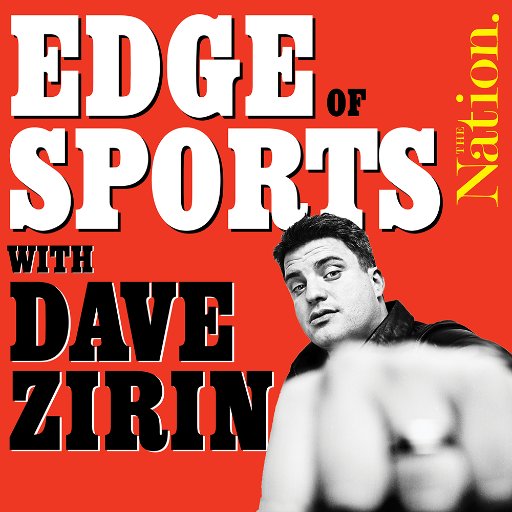 The Jazz finished February #1 in the West in 27 of 28 days. JP talks to UtahJazz.com’s Nayo Cambell and BasketballNews.com’s Etan ThomasHere’s a rundown of this week’s episode:Intros.2:20 — Second half schedule 7:10 — Who would you pick first in the All-Star Draft?16:45 — Nayo’s latest on Jazz history26:40 — What brought Etan to basketball32:45 — The shift in athletes to social activism37:05 — Media-player dynamics42:45 — What he likes about the Jazz50:05 — His discussion with Kyle Korver

11-year NBA vet Etan Thomas joins the two 7-footers to discuss his journey to the league and how competitive battles with former Wizards teammate Brendan Haywood turned ugly. He also talks about playing with Michael Jordan and challenging the NBA on the National Anthem in the early 2000's.

On the Road with Buck & Phil

Chris Knoche sits in for Buck, as former Wizard Etan Thomas joins the episode.   Published Poet, Writer, author, activist, motivational speaker and coach to his kids are just some of what is keeping Etan busy today.   He still has a love for the Orange and shares his most memorable NBA play.   Who influenced each of the guys in their early years?   And of course, Wiz talk...

On this episode of "The Posecast," James Posey is joined by fellow NBA veterans Kendrick Perkins, Antoine Walker and Etan Thomas. They discuss the James Harden blockbuster trade and what to expect from the Brooklyn Nets' Big Three. They also discuss their early-season observations for the Western Conference, including which teams and players have stood out in the first few weeks of the 2020-21 NBA season. Learn more about your ad choices. Visit megaphone.fm/adchoices

The Sports Deli with Etan Thomas

The Sports Deli Podcast Where We Believe That LESS is More

On the Day James Harden was traded to the Brooklyn Nets, Join Hootie Hoot in The Sports Deli as we interview Etan (pronounced ih-tahn) Thomas, a published poet, freelance writer, activist, and motivational speaker, sports talk show host, and podcaster. He's been featured on ESPN, CNN, MSNBC, and PBS. He shares his views and experiences on systemic racism, white privilege, his time as a player at Booker T. Washington High School in Tulsa, Oklahoma,  Syracuse University, and during his 11-year NBA Career. He's in the process of writing his 5th book and is married to his college sweetheart, Nichole while being a father to three amazing children. You can find everything you need to know about him at www.etanthomas.com. He has over 134,000 followers on Instagram @etanthomas36 and on Twitter @etanthomas36. He has interviewed Stephen Jackson, Kareem Abdul-Jabbar, Oscar Robinson, the families of Eric Garner and other families of police brutality and murder as well as many other pros and leaders in the community on his podcast, The Rematch with Etan Thomas. He played in the NBA with Michael Jordan, Kevin Durant, James Harden, Russell Westbrook, Mitch Richmond, Juan Dixon, Christian Laettner, Jerry Stackhouse, Gilbert Arenas, Rip Hamilton, Charles Oakley and so many others during his NBA career.--- This episode is sponsored by · Anchor: The easiest way to make a podcast. https://anchor.fm/app--- Send in a voice message: https://anchor.fm/the-sports-deli/messageSupport this podcast: https://anchor.fm/the-sports-deli/support

On this episode of The Posecast, James is joined by a couple of his former teammates, Antoine Walker and TJ Ford, as well as fellow NBA veteran and BasketballNews.com writer/podcaster Etan Thomas. They discuss the first few weeks of the 2020-21 NBA season, which teams they’re most excited to follow, their thoughts on the Eastern Conference and much more. Learn more about your ad choices. Visit megaphone.fm/adchoices

The Rematch with Etan Thomas

On this episode of "The Rematch", Etan Thomas talks with a number of Syracuse greats to discuss the 2020-21 NCAA season, the state of college basketball, their favorite moments at Syracuse, untold stories and more. Be sure to check out BasketballNews.com and subscribe to our channel for more exclusive content. Learn more about your ad choices. Visit megaphone.fm/adchoices

Andy chats with former NBA player, writer &amp; fellow podcaster - Etan Thomas about athletes &amp; activism! Andy &amp; Etan discuss the roots of athletes as activists, his own beginning in activism, the onset of the social media era, and his book "We Matter: Athlete's &amp; Activism". The two discuss the issues of police brutality in minority communities, what he learned from interviewing the families of victims, his conversations with other athlete's about their opinions &amp; passion for social justice, and much more. Plus, the guys also discuss the success of the NBA Bubble and the lessons other leagues could learn from, as well as a great personal story about the late Kobe Bryant.Be sure to check out Etan's book "We Matter", his work at BasketballNews.com &amp; his podcast The Rematch!

ETAN THOMAS is many things. Poet. Writer. Activist. Athlete. We talk about his road from a decade-long NBA career to his new pursuits, which include creative writing, reporting, activism and more. And we guess what he would have brought into the NBA bubble to entertain himself. Then, since it's Halloween time Brad is joined by "Summer Blockbuster" podcast host Steve Warner to break down their all-time favorite horror movie sequels. Which is just straight up not the list you expect, just saying.