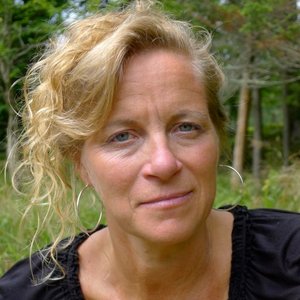 This weeks Resistance TV is a little different. Chris and Sian are unavailable this week so we are re running a Resistance TV classic from our early days.Off the back of last weeks Resistance TV Sian mentioned a personal hero of her's being Jane McAlevey. In this video Jane McAlevey talks about organising and the power of winning.Last weeks Show: https://www.youtube.com/watch?v=KDdkq0LLlDEJane McAlevey is an author, trade union &amp; community organiser, who has, over 30 years, developed a tried and tested method for successful organising in the work place, electioneering and community campaigns. Now, more than ever, we need to develop our skills from activists, into effective organisers to challenge the big issues that we are facing. With looming austerity, rent arrears, job losses, food poverty, homelessness etc. Jane shows us, in this video, how we can overcome barriers to WIN!#JaneMcalevey #TradeUnion #Organising #Winning #Power

We talk to organizer, author, and one of the most important labor voices on the left Jane McAlevey. She explains why there's no substitute for the power to withhold labor, why more organizing must precede calls for general strikes, and why celebrating Manchin's PRO Act cosponsorship may be a strategic mistake if not tied to calls for filibuster reform. Also: the Bad Faith Discord has been launched! Subscribe to Bad Faith on Patreon to join the Bad Faith Discord and instantly unlock our full premium episode library: http://patreon.com/badfaithpodcast Find Jane's Bessemer post-mortem at the Nation. Her personal website is https://janemcalevey.com/ Subscribe to Bad Faith on YouTube for video of this episode. Find Bad Faith on Twitter (@badfaithpod) and Instagram (@badfaithpod). Produced by Ben Dalton (@wbend). Theme by Nick Thorburn (@nickfromislands). 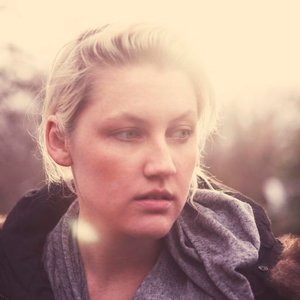 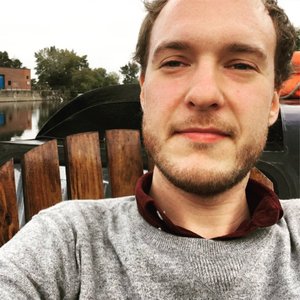 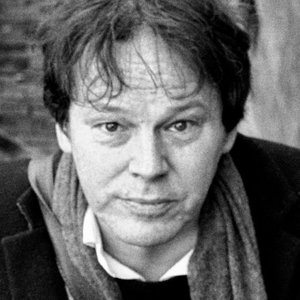 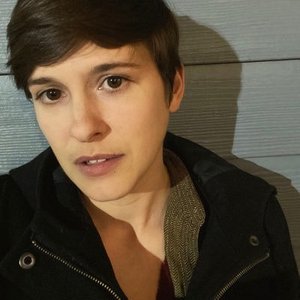 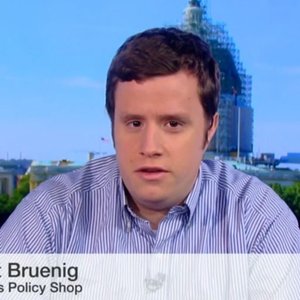 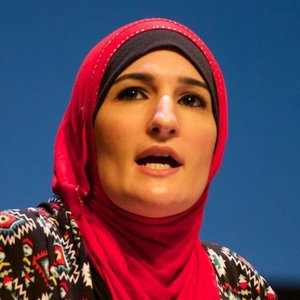 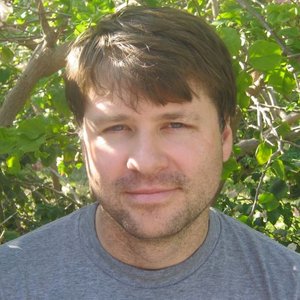 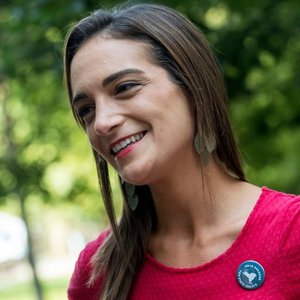 Behind the News: Meagan Day, Micah Uetricht, and Jane McAlevey

Host Doug Henwood covers the worlds of economics and politics and their complex interactions, from the local to the global. In this episode, he speaks with Meagan Day and Micah Uetricht, authors of Bigger than Bernie, just out in paperback, on the legacy of the Sanders campaigns. Plus: Jane McAlevey, author and organizer, on why the union lost to Amazon in Alabama (Nation article here).

The union organizing campaign at the Amazon fulfillment center in Bessemer, Alabama, was defeated by a vote of 1798 against and 738 in favor. Jane McAlevey argues that the biggest factor in the vote was the laws that give tremendous advantages to the corporate side—but the union itself made a series of tactical and strategic errors. Jane is The Nation’s strikes correspondent. Also: Hunter Biden was the target of a massive Republican attack campaign for more than a year leading up to the election; at the same time, the gossip pages seized on his disastrous private life. They made the most of his decades of alcohol addiction and drug abuse, and his subsequent affair with the widow of his brother. Now he’s written a book—it’s called Beautiful Things: A Memoir. Amy Wilentz comments. Subscribe to The Nation to support all of our podcasts: thenation.com/podcastsubscribe.

In honor of Michael Brooks and his work we are hosting a series of round table discussions. This series is made possible because of our Patrons. To support this work and to listen to all of the tribute panels as soon as they are released become a Patron of The Michael Brooks Legacy Project at  https://www.patreon.com/TMBS. Thank you Russell Sbriglia for all the work and love you have put into this series.  To support TMBS crew Matt &amp; David’s work become a Patron of LEFT RECKONING  https://www.patreon.com/leftreckoning This panel was edited by Forrest Miller @AlwaysFlacko, and produced by Russell Sbriglia and Lisha Brooks @for_mjb

Jacobin Show: Jane McAlevey on Organizing the Working Class Under a Biden Presidency

Every Wednesday at 6 PM ET, Jen Pan, Ariella Thornhill, and Paul Prescod host a new episode of The Jacobin Show, offering socialist perspectives on class and capitalism in the twenty-first century, the failures of liberalism, and the prospects of rebuilding a left labor movement in the US. This is the audio version of the broadcast on January 20, 2021. Labor organizer Jane McAlevey joins us to discuss strategies for building a working class movement under a Biden presidency. And we cover the Biden inauguration, new initiatives to tax the rich, and the difference between political power and vigilante violence. Jane McAlevey has been an organizer and negotiator in the labor movement for over twenty years. She is also the strikes correspondent for the Nation, senior policy fellow at the UC Berkeley Labor Center, and author of the books Raising Expectations (and Raising Hell), No Shortcuts, and A Collective Bargain.

Promising research shows there may be enduring immunity for COVID; Plus: Labor, the election and the Biden term to come with Jane McAlevey

[caption id="attachment_347728" align="aligncenter" width="370"] Jane McAlevey, right, studying a ballot as part of the 2000 vote recount in Florida. (Photo courtesy of Jane McAlevey)[/caption]0:08 - COVID and immunity: what we know so far, new research and questions remainingJulia Schaletzky is Executive Director of the UC Berkeley Center for Emerging and Neglected Diseases, and of the Immunotherapy and Vaccine Research Institute (IVRI).0:34 - What the Biden can do now: LaborJane McAlevey (@rsgexp [1]) is a veteran organizer, now a senior policy fellow at UC Berkeley’s Labor Center. Her most recent book is A Collective Bargain and her recent piece in the Nation Magazine is Working People Dragged Joe Biden Over the Finish Line [2]1:08 - Right wing media that is the glue of Trump's base: Fox MediaErik Wemple (@ErikWemple) [3] is a media critic with the Washington Post.1:20 - On Biden assuming the Presidency: addressing politics of grievance among Trump supporters, white supremacist organizing, Trump himself, and more.Evan Osnos (@eosnos [4]) is a staff writer at the New Yorker, and a senior fellow at the Brookings Institute. His new book is Joe Biden: The Life, the Run, and What Matters Now [5].[1] https://twitter.com/rsgexp?ref_src=twsrc%5Egoogle%7Ctwcamp%5Eserp%7Ctwgr%5Eauthor[2] https://www.thenation.com/article/politics/biden-election-union-contract/[3] https://twitter.com/ErikWemple[4] https://twitter.com/eosnos[5] https://books.google.com/books/about/Joe_Biden.html?id=D___DwAAQBAJ

Meagan and Micah talk to labor strategist and writer Jane McAlevey about Tuesday's presidential election and what unions and the Left should do to prevent an undemocratic right-wing power grab.Read a selection from Jane's first book Raising Expectations (And Raising Hell) on how the Democrats gave the 2000 election to George W. Bush: https://www.jacobinmag.com/2020/10/trump-coup-florida-2000-recountRead Jane's recent essay on the election in the New York Review of Books: https://www.nybooks.com/daily/2020/10/19/getting-out-of-tight-corners/

On this week’s Truth to Power, we gather folks around the microphones for a community conversation about the union organizing work of Jane McAlevey, whose work is the current subject of the DSA Louisville Night &amp; Day Schools. Jane McAlevey is a union organizer, scholar, author, and political commentator, who has contributed to The New York Times, The Nation, Jacobin, and many others. In June 2019, University of California, Berkeley Labor Center announced the appointment of McAlevey as a Senior Policy Fellow. She's written three books about power and strategy and the essential role of workers and trade unions in reversing income inequality and building a stronger democracy: Raising Expectations and Raising Hell (Verso Books, 2012), No Shortcuts - Organizing for Power in the New Gilded Age (Oxford University Press, 2016), and her third book, A Collective Bargain: Unions, Organizing, and the Fight for Democracy, published by Ecco Press in January 2020. Joining hosts Justin Mog (Sustainability Now!) and Hart Hagan (The Climate Report / Let’s Talk) is Jake Bush from the Louisville DSA (Democratic Socialists of America). Get involved and learn more at https://www.dsalouisville.org/On Truth to Power each week, we gather Forward Radio programmers and friends to discuss the state of the world, the nation, the state, and the city! It's a community conversation like you won't hear anywhere else!Truth to Power airs every Sunday at 4pm, Monday at 2pm, and Tuesday at 9am on Louisville's grassroots, community radio station, Forward Radio 106.5fm WFMP and live streams at http://forwardradio.org

Every Saturday at 1 PM ET, Ana Kasparian and Nando Vila broadcast live from the Jacobin YouTube channel. Weekends features free-flowing and humorous commentary on current events and left political strategy, as well as interviews with prominent individuals on the left. This is the podcast version of the show that broadcast on September 12, 2020. The guest is Jane McAlevey. Jane is a union organizer and author of both No Shortcuts and A Collective Bargain. Subscribe to Jacobin magazine here.