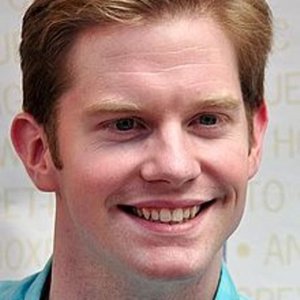 He's learned to love being a King, and also sings the praises of the Mormons - Broadway star Rory O'Malley tells us all about Hamilton, The Book of Mormon, the legendary Garry Marshall and his affinity to the Greatest City on Earth."Episode 2 : Rory O'Malley

"Disney was everything to me." Rory O'Malley ("The Book of Mormon," "Hamilton," "The 25th Annual Putnam County Spelling Bee") joins David for this episode to chat Disney movies, the Parks, and making a difference in the world. From seeing "Beauty and the Beast" in the movie theater as a kid, to watching "Cinderella" multiple times, it's clear that this Tony Award-nominee has been a lifelong fan of the Mouse. Listen as Rory recalls his first trip to Walt Disney World when he was five years old, including an adorable story about meeting Mickey Mouse and loving "Peter Pan's Flight," and describes his admiration for Belle (and signing along to the movie's soundtrack, as well as wanting to be her). He and David discuss how he uses his voice and platform to push for positive change, and how the Disney stories echo these sentiments. Other topics on this episode include thoughts on when to bring kids to the Parks for the first time (and Rory sharing about the first time he brought both his mother and his son to Disneyland), how his best friend and college roommate (Josh Gad, also known as Olaf from "Frozen") had a letter from Disney CEO Michael Eisner on the wall of their dorm room, and what job Elder McKinley would have at the Disney Parks. Play along with Rory during "Turn it Off: Disney Theme Park Edition," where he answers questions related to when the Imagineers "turned off the lights" on different attractions, and share in Rory's dream of playing Wall-E on Broadway. Follow on Instagram: @etickettobroadway Rory's Instagram: @mrroryomalley David's Instagram: @directedbydavidalpert Learn more at www.eticketpodcast.com Part of the Broadway Podcast Network Learn more about your ad choices. Visit megaphone.fm/adchoices 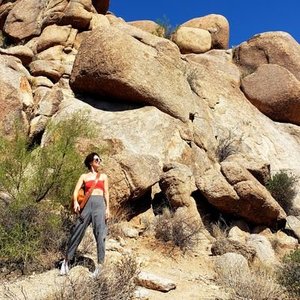 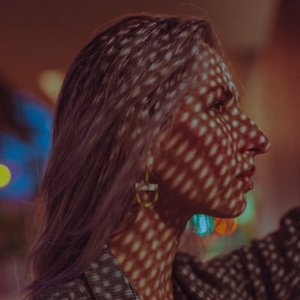 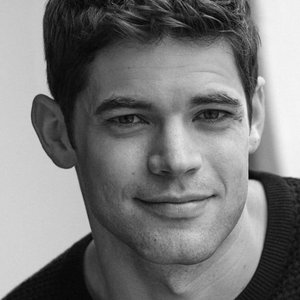 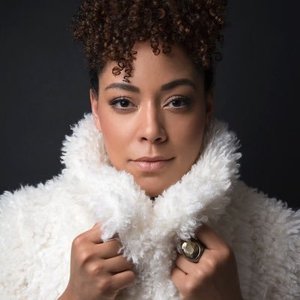 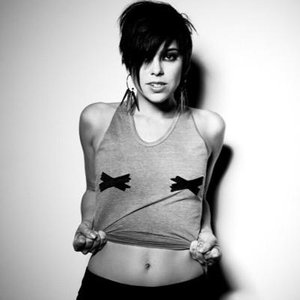 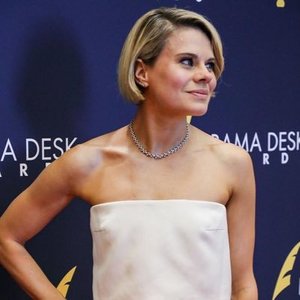 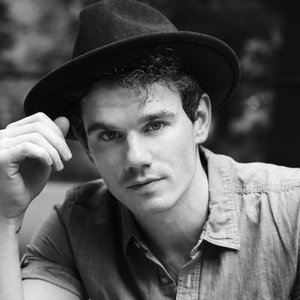 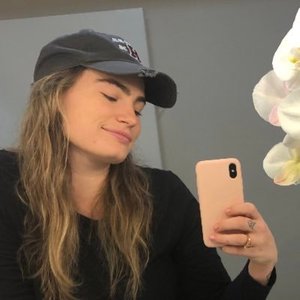 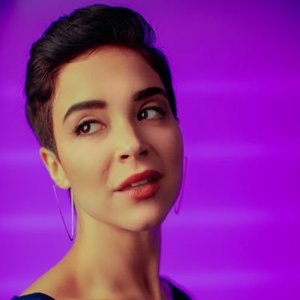 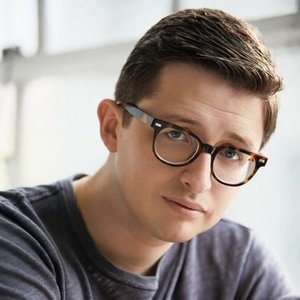 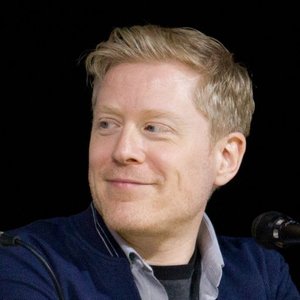 Rory O'Malley (Central Park, Hamilton, Book of Mormon) returns to help Zach and Jess face the prospect of the singularity in Bad Robot! Can you program your robots to be your nice children? Are any and all robots also cars? And how could J.Crew possibly be involved? Well, with songs like "They Grow Up as Fast as You Program Them To," "Hot Dog," and "More Buttons than Holes" it's time to move over J.J. Abrams because THIS is the only Bad Robot that matters. Want to prove you're not a robot? Join us at offbookclubhouse.com for a video of this ep, downloads, and more!See Privacy Policy at https://art19.com/privacy and California Privacy Notice at https://art19.com/privacy#do-not-sell-my-info.

Rory O’Malley has played some of Broadway’s funniest, most likeable characters! And after talking to him, we can tell you that sounds just like him! He was nominated for a Tony Award for his role as Elder McKinley in Book of Mormon and was the first replacement for King George in Hamilton. WHOA. We had so much fun talking to him and finding out a bunch of theater secrets, like: ⭐️ How Elder McKinley was created and what makes him so funny ⭐️ How to turn any audition into a good relationship ⭐️ How Jonathan Groff helped Rory take over as King George in Hamilton ⭐️ His advice for theater kids ⭐️ Who would win in a beauty pageant: Elder McKinley or King George? ⭐️ What Josh Gad and Leslie Odom Jr. were like in college (Spoiler alert: At least one of them was a !) ⭐️ The secret behind that crazy Book of Mormon costume change! And always ➡️ what we can do to support theater RIGHT NOW! This episode supports Fair Fight and Stacey's Drama Club. You can learn more and give at: fairfight.com staceysdramaclub.org and subscribe: Spotify + Apple Podcasts Follow us: Instagram @twokidspod Twitter @twokidsbway

"You Had Me at 'Cleveland'" with Rory O'Malley

Dylan and Connor are joined by super special guest Rory O’Malley (The Book of Mormon, Hamilton) for a union of Irish Catholic Cleveland gay boys years in the making. They discuss all things The Book of Mormon, being a Tony “loser,” life as husband and father in LA, Blockheads, the impact of Beaches, Dylan’s “would have been” Tony Awards, the passing of Larry Kramer, Rory’s Out of the Basement solo show, being a marriage equality pioneer, and starring in two Broadway juggernauts. Go Wildcats!Follow Rory O’MalleyTwitter: @RoryOMalleyInstagram: @mrroryomalleyFollow us!@thedramapodcast@ConnorMacDowell@dylanmacdowellEdited by Maggie MontaltoPlease rate us 5 stars and subscribe on Apple Podcasts!Follow the link below to stand up for justice and support our Black brothers and sisters now and forever. Black Lives Matter. Blacklivesmatters.carrd.co

The Hamilcast: A Hamilton Podcast

Hello! A message from the King! (Get it? Because Rory O'Malley has been in both The Book of Mormon *and* Hamilton). Join me as I hang out with the kind, funny, warm, and super talented Rory O'Malley! Rory talks about what it's like to be a brand new father, he tells me his Hamilton story and his experience playing King George III on Broadway and the first national tour, and we bond over podcasting. Plus, we talk The Book of Mormon including sage advice about King George III from Andrew Rannells, what KGIII and Elder McKinley have in common, and Rory does one hell of a Josh Gad impression. Twitter: @RoryOMalley Instagram: @MrRoryOMalley Marc Tumminelli http://www.broadwayworkshop.com/faculty-bio/marc-tumminelli/ Patrick Hinds and Steve Tipton on The Strangers Podcast http://www.storycentral.org/two-men-and-a-baby-the-final-episode/ Nerds on Twitter https://twitter.com/nerdsmusical HAMILTON #Ham4Ham "Congratulations" with Renée Elise Goldsberry 8/31/16 https://www.youtube.com/watch?v=d7K7pvJB27w The Twitter Song from Nobody Loves You https://artsbeat.blogs.nytimes.com/2013/07/23/in-performance-rory-omalley-of-nobody-loves-you/ Living the Dream with Rory O'Malley http://roryomalley.com/podcast Geffen Playhouse Unscripted https://www.podcastone.com/geffen-playhouse-unscripted Broadway Impact https://twitter.com/broadwayimpact https://beltthevote.org/

How to Become a Community Leader - with Rory O'Malley

Rory O'Malley,  Tony-nominated actor (The Book of Mormon and Hamilton) and founder of Broadway Impact and Belt the Vote A Stratiscope project - stratiscope.com - Music Attribution: "Spektrum" by “Bluebridge Quartet” is licensed under CC BY-SA 3.0

In a landscape overflowing with podcasts it is a lovely thing when two hosts feel tremendous mutual admiration and want to interview each other about their love of podcasting and why they "podcast" while maintaining acting careers. Rory O'Malley was a guest on Ilana's podcast and then Ilana was a guest on Rory's podcast and here is their conversation that covers showmances, life in the arts, raising kids, activism, jealousy, show tunes, botox, #beltthevote and more. Go to beltthevote.org Learn more about your ad choices. Visit podcastchoices.com/adchoices

Tony nominee and “Book of Mormon’s” Rory O’Malley joins Gil to talk about his time with such a unique show, his work on the “Belt the Vote” campaign, his current show “Pub Crawl”, which focuses on his real-life story growing up in Cleveland amidst the Irish pub crawl community, and his podcast! Plus, his trip to Ireland that had him accidentally running into a father he had not seen in many years.