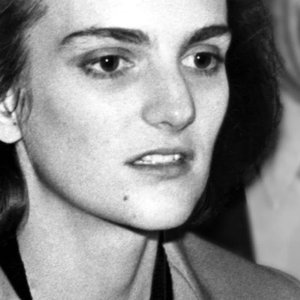 Forty years after the Patty Hearst "trial of the century," the true story of the events, including the beginning of police militarization in America.Revolution's End fully explains the most famous kidnapping in US history, detailing Patty Hearst's relationship with Donald DeFreeze, known as Cinque, head of the Symbionese Liberation Army. Not only did the heiress have a sexual relationship with DeFreeze while he was imprisoned; she didn't know he was an informant and a victim of prison behavior modification.Neither Hearst nor the white radicals who followed DeFreeze realized that he was molded by a CIA officer and allowed to escape, thanks to collusion with the California Department of Corrections. DeFreeze's secret mission: infiltrate and discredit Bay Area anti-war radicals and the Black Panther Party, the nexus of seventies activism. When the murder of the first black Oakland schools superintendent failed to create an insurrection, DeFreeze was alienated from his controllers and decided to become a revolutionary, since his life was in jeopardy.Revolution's End finally elucidates the complex relationship of Hearst and DeFreeze and proves that one of the largest shootouts in US history, which killed six members of the SLA in South Central Los Angeles, ended when the LAPD set fire to the house and incinerated those six radicals on live television, nationwide, as a warning to American leftists.

Patty Hearst is the WORST (but not really)

Patty Hearst is a little bit of everything and nothing all at once. Her story is bizarre and perfect LOSER fodder. Was the granddaughter of William Randolph Hearst the victim of brainwashing by her kidnappers? How did a nice heiress from Cali wind up robbing banks and shooting assault rifles with domestic terrorists? Well...it takes awhile, so let me, LP, Kahuna and our pal Angelo Gingerelli (Stand up and Laugh) tell ya. 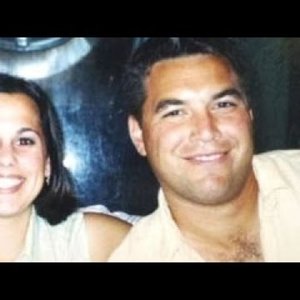 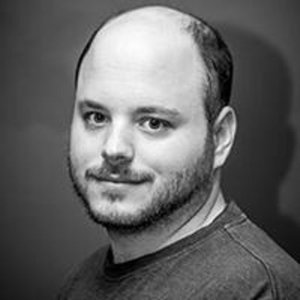 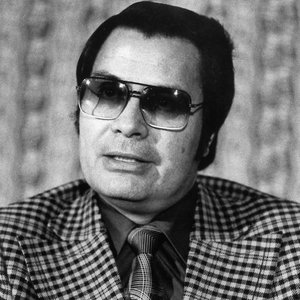 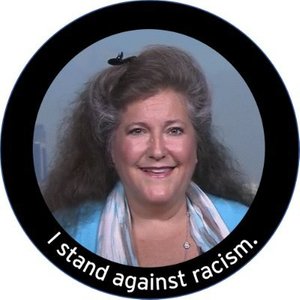 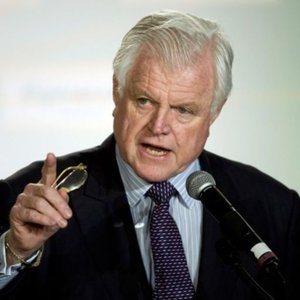 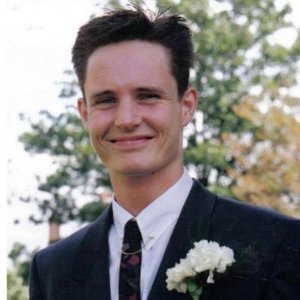 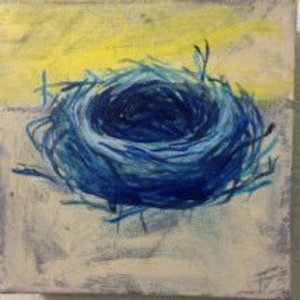 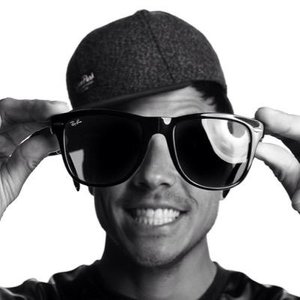 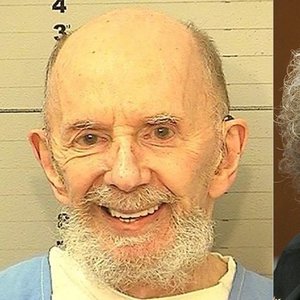 179: Guerrilla: The Taking of Patty Hearst

On February 4, 1974, 19-year-old Patty Hearst, heiress to the Hearst Newspaper fortune, was kidnapped from her Berklee apartment. The kidnappers were a group of young Americans calling themselves The Symbionese Liberation Army--a group dedicated to the violent overthrow of the US government. What resulted was America's first media frenzy. And things only got crazier when Patty became "Tania" and joined the ranks of the SLA. FAM! WE'RE DOING A VIRTUAL LIVE SHOW! CLICK HERE FOR YOUR TICKETS! The show is happening Thursday, May 20th at 8:30 pm ET. We're covering the documentary "Unraveled" all about the Long Island Serial Killer. We'll have special surprises, games, AND ALL OF OUR USUAL LIVE SHOW SHENANIGANS! JOIN US!! LOOKING FOR MORE TCO? On our Patreon feed, you'll find over 140 FULL BONUS episodes to BINGE RIGHT NOW! Including our episode-by-episode coverage of "The Jinx," "Making A Murderer," "The Staircase," "I'll Be Gone in the Dark," "A Wilderness of Error" "The Vow"  "Tiger King" "Don't F**K With Cats," "The Menendez Murders," "The Murder of Laci Peterson," "Casey Anthony: American Murder Mystery," "Serial," "Lorena," "The Disappearance of Madeleine McCann," "OJ: Made in America" and so many more! JOIN HERE!

19 - Patty Hearst and the Symbionese Liberation Army (with Victoria Fraser)

The Banana Boyz are joined by writer &amp; podcaster Victoria Fraser (@drunkukulele) to talk about Patty Hearst, the newspaper heiress turned urban guerilla! They dredge a swamp of murky motivations, just-so stories, and power imbalances. CONTENT WARNING - Discussions of kidnapping, murder, rape &amp; rich people avoiding consequences for their actions. Follow Second Bananas on Twitter &amp; Instagram! If you like the show, please leave us a five-star rating and a review on iTunes. Sources/Further Reading: There Are Still No Easy Answers in the Curious Case of Patty Hearst (Vanity Fair) Hearst Kidnappers Asking Food For Poor (New York Times) Who Ran the SLA? (Ann Arbor Sun) The SLA is the CIA (Mae Brussell) Cinque: A Dropout Who Has Been In Constant Trouble (New York Times) The Black Dahlia SLA Page (Wayback Machine)

S9E9: Get Off Of My Cloud | Patty Hearst & Lee Radziwill

This week we’re taking a look at a couple of American princesses, er, heiresses. First, Stacie has the bizarre story of Patty Hearst, granddaughter of William Randolph, whose abduction by the Symbionese Liberation Army in 1974 led to a crime spree that stunned the world. Then, Alicia has the scandalous life and loves of Lee Radziwill, the sister of Jackie O, who struggled in the shadow of her sister. Learn more about your ad choices. Visit megaphone.fm/adchoices

On this episode of the Sofa King Podcast, we hit you with a little urban guerrilla true crime and look at the kidnapping, crimes, and domestic terrorism or Patty Hearst. Patricia Hearst is the granddaughter of William Randolph Hearst. In 1974, she was kidnapped from her apartment in Berkeley by a group called the Symbionese Liberation Army. While she was with them, she helped them rob a couple banks, shot up a sporting goods store, and made homemade bombs. Was she abused, drugged, and raped to become a victim-participant, or did she willingly join forces?Patty Hearst was born to a very wealthy family, obviously, but she was nowhere near granddaddy rich. She lived a normal life and eventually went to college at UC Berkeley to study art history. Meanwhile, a man named Donald DeFreeze was starting a terrorist group called the SLA. Their goal was to fight for the poor in America. Or something.After a few months, Hearst released recordings of herself saying she had joined the cause and shortly after that, she was seen on video footage in a bank robbery. The SLA killed some people, robbed some stuff, and demanded hundreds of millions of dollars to feed all the poor in American. Hearst’s dad managed to get two million, and the food delivery was a disaster.Eventually, this one got crazy. There was a Waco style shoot out between the feds and the SLA while their house burned. There was a nationwide manhunt by the FBI to find Hearst, and then when she was arrested, the trial was a circus. Was this a wild case of Stockholm Syndrome, or was it just a rich girl sowing her wild oats? Listen, laugh, learn.Visit Our Sources:https://www.biography.com/crime-figure/patty-hearst https://www.fbi.gov/history/famous-cases/patty-hearst https://en.wikipedia.org/wiki/Patty_Hearst https://www.history.com/this-day-in-history/patty-hearst-kidnapped https://www.npr.org/2016/08/03/488373982/whose-side-was-she-on-american-heiress-revisits-patty-hearst-s-kidnapping https://en.wikipedia.org/wiki/Symbionese_Liberation_Army https://www.pbs.org/wgbh/americanexperience/features/guerrilla-patricia-campbell-hearst/Bank Robbery Video: https://youtu.be/xDPyT-6lh8E https://youtu.be/N17n8yleZKY

The Legend of Patty Hearst.So, everyones heard of Stockholm Syndrome but how much do you really know about the situation that brought it into pop culture?We realized we didn't know much.Patty Hearst was a kidnap victim who later joined up with her kidnappers on a crime spree.Sounds like the plot of a true crime podcast or a new Netflix series.I'd watch.  Watch us learn all about it.

Patty Hearst In My Own Words : The Fascist Insect That Preys Upon The Life Of The People & The Inevitable End

The 3rd and final part to our true crime exploration into Paul Schrader's 1988 film Patty Hearst, her story, and the Symbionese Liberation ArmyDeath To The Fascist Insect That Preys Upon The Life Of The People

Patty Hearst In My Own Words : Tania & The 7 Headed Cobra

The continuation of "Patty Hearst : In My Own Words" we venture into Paul Schrader's 1988 film and further explore the world of the Symbionese Liberation Army and its members

In 1974, a domestic terrorist group kidnapped college student and media heir, Patty Hearst. As time went on, Patty appeared to be less of a victim, which generated conflicting beliefs about her current mental state. Did she suffer from Stockholm Syndrome?